TPP as the recolonization of Australia 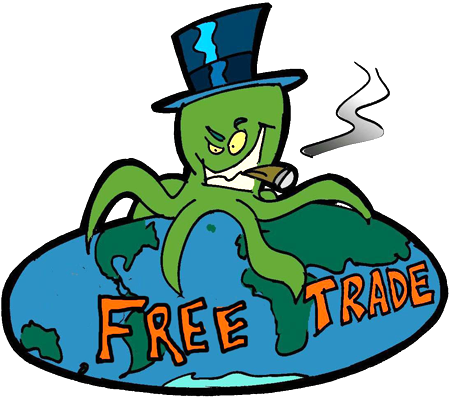 In her commentary at Communist Party of Australia's (CPA) weekly paper The Guardian Anna Pha considers the participation of Australia in the Trans Pasific Partnership as the recolonization of the country, this time not by Britain but by monopoly capitalism. Pha continues by stressing: "It (TPP) will enable giant monopoly corporations and international tribunals to over-ride Australia’s sovereignty and democratic processes, including judicial and parliamentary processes once it comes into force."

She states that although TPP has been introduced as a trade agreement, "its content is far reaching and will affect every aspect of life in Australia and the environment".

The commentray ends with the assertion which says the Australian Parliament would not be able to amend the consequences of Australia's involvement in TPP.

The negotiations on the Trans Pasific Partnership,had neen reached an agreement on 5th October this year. The partnership encompasses 12 Pacific Rim countries representing more than 40 percent of global GDP.

The Japanese Communist Party had also declared their rejection for TPP. See the link

TPP is also considered as the companion agreement to the Transatlantic Trade and Investment Partnership (TTIP), a broadly similar agreement between the United States and the European Union. The European Communist Initiative had released a statement having similiar rejection like CPA and JCP on the TTIP last month. See the link