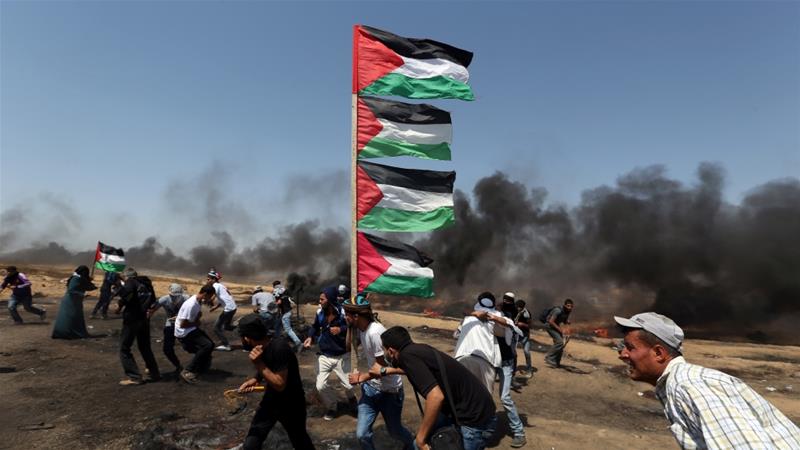 The Palestinian People's Party appealed for a joint statement condemning the continuing aggresion by Israel against the Palestinian people. The statement points out that it is not ony the US administration that is supporting Israel by recognizing Jerusalem as Israel's capital, but also the stance of EU and some European left parties that are recognizing Israel's occupation are responsible. Following the first signatories by SolidNet Parties the Communist and Worker Parties that are giving their support is increasing.

The statement condemned the crimes of the Israeli army in the occupied territories, especially in the Gaza Strip 'murdering in cold blood unarmed demonstrators, men, women, and children'. According to the statement, the recognition of Jerusalem as Israel’s capital by US President Trump's administration has encouraged the aggressiveness of Israel 'that continues the illegal occupation of Palestinian territories and continues massacring the Palestinian people' .

The statement emphasized the following:

'The governments of the countries that assume a stance of equal distances, identifying the victim with the offender, have great responsibilities; the position of the European Union, that while an organized massacre of the Palestinian people is occurring is calling “all sides to show restraint” and is upgrading its relations with the Israeli state, is unacceptable. Some European left Parties has also unacceptable position supporting Israeli occupation and settlements as the latest visit of the leader of parliamentary group of German left party De – Linke and planting a tree in Israeli settlement. While  some other European countries leaded by other parties member of European left developing relations with Israel especially military. The latest vote of the Israeli Knesset the Nationality Law is an additional step toward the apartheid state.'

In the statement, the Communist and Worker Parties expressed their solidarity and support to the Palestinian people and 'to its just struggle in favor of its own independent and sovereign Palestinian state within the pre June 4th 1967 borders, with its capital in East Jerusalem'. The parties declared their determination to continue the struggle, calling the peoples to strengthen their solidarity with the struggle of the Palestinian people 'until the end of the Israeli  aggression and  occupation supported by world imperialism'.

Party of Labour of Austria

(The statement is open for sigantures)