Communists will meet to discuss the struggle against capitalism, imperialist wars and fascism 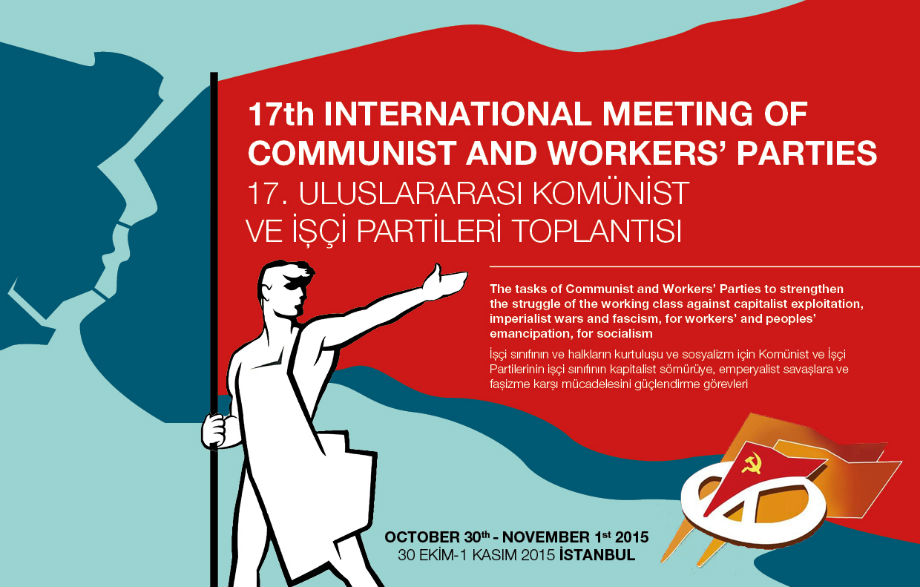 The 17th International Meeting of Communist and Workers’ Parties will be held on October 30 - November 1 in Istanbul.

The 17th of the International Meeting of Communist and Workers' Parties (IMCWP) will be held on October 30 - November 1 in Istanbul, the Communist Party, Turkey (KP) being the host.

The main agenda of the meeting will be "the tasks of Communist and Workers’ Parties to strengthen the struggle of the working class against capitalist exploitation, imperialist wars and fascism, for workers’ and peoples’ emancipation, for socialism"

Although the meeting dates coincide with the general elections which will be held on November 1 in Turkey, KP declared that they will do their best to provide a productive meeting.

The International Relations Department of KP has reported that they have been receiving confirmations and started the arrangements to host the participants.