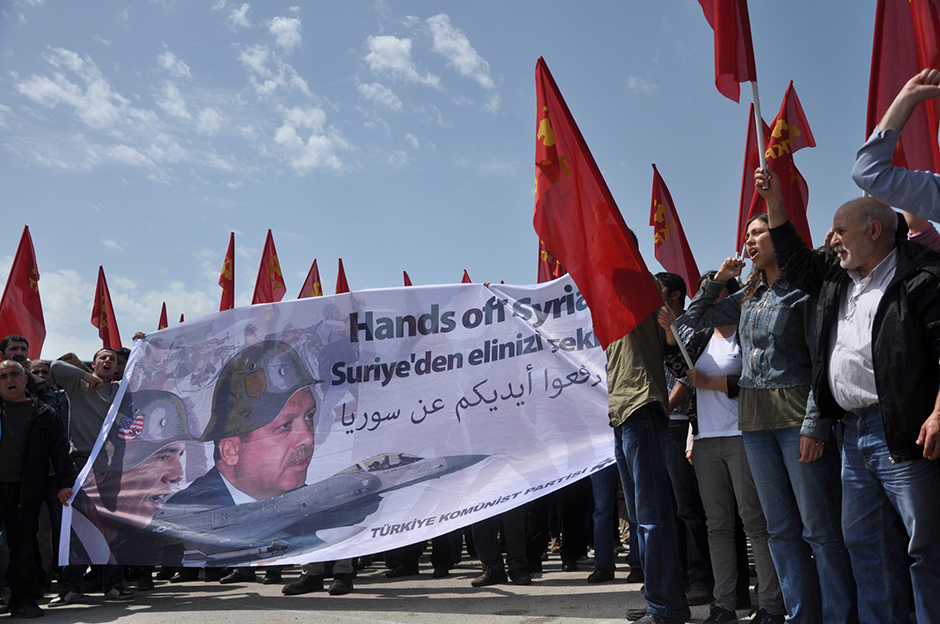 The CC of the Communist Party of Turkey (TKP) declared that the military operation of Turkey on Syrian soil serves imperialist plans.

The Central Committee of the Communist Party of Turkey issued a statement on 21 January on the military operation of the government of Turkey on Syrian soil. The statement reminded that Syria has been drawn into a civil war, ‘triggered by the imperialist projects and activated almost all reactionary veins of the region’. The AKP governments last military attempt was observed as being one of them.

The statement said, ‘The military operation on the Syrian soil, started by the AKP government which has sought ways to be involved by its own economic and political plans in the imperialist projects while at the same time being appointed serious tasks at those projects from the beginning, had nothing to do with any national interest or security issue of Turkey.’

The statement approved that the US and their "allies" are a threat for Turkey as well as all the peoples of the region, while it also pointed out that Turkey itself is an allied NATO member. According to the statement, the AKP government ‘who does not question the military existence of NATO in Turkey but argues about the threat in Syria, indicates a clear hypocrite’.

Among the "terrorist" groups in Syria, which the AKP government tries to use as a justification for the operation, there is the Free Syrian Army (FSA) who Turkey militarily cooperates today and who has been supported by the US for years. Now, the FSA is caused to clash with the PYD supported by the US. The statement underlined that the Syrian State does not ‘welcome’ the Turkish forces and that the operation ‘serves the imperialist plans which aim to divide Syria for various interests’.

The Communist Party of Turkey called the people of Turkey not to be ‘deceived with heroism or nationalist demagogy’. It said, ‘Syria must be cleared of imperialist projects, interest conflicts between big powers and the fundamentalist powers of the region. It is the Syrian people who will do this. That's why we tell you, hands off Syria.’