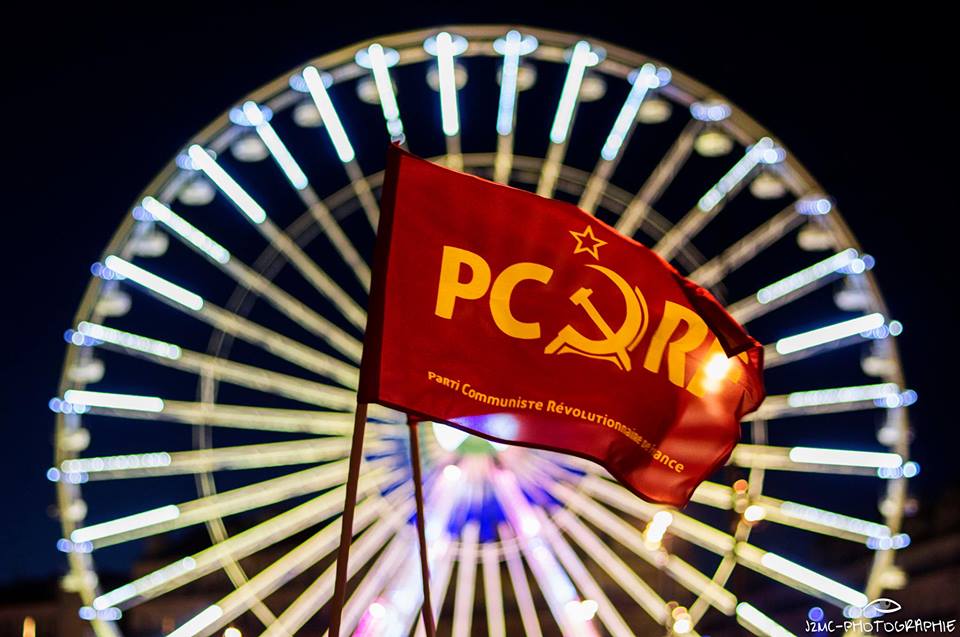 The Communist Revolutionary Party of France (PCRF) made a declaration on July 8, 2017, condemning President Emmanuel Macron’s invitation to Israel Prime Minister Benjamin Netanyahu for the commemoration of the Vel' d'Hiv Roundup in 1942.

The declaration states PCRF “condemns with outrage the President Macron’s invitation to Netanyahu, the Prime Minister of Israel, to come to France in order to commemorate the Vel d’Hiv Roundup”. Vel d’Hiv Roundup was a Nazi-directed raid and mass arrest of Jews in Paris by the collaborator French government on 16 and 17 July 1942. The people arrested were sent to Auschwitz for their mass murder.

The declaration of PCRF is as the following:

“The Communist Revolutionary Party of France (PCRF) condemns with outrage the President Macron’s invitation to Netanyahu, the Prime Minister of Israel, to come to France in order to commemorate the Vel d’Hiv Roundup.

B. Netanyahu is the representative of a State that has never applied any of the decisions of the United Nations that concerns the country. Irrespective of the international public opinion, Netanyahu has not only violated the resolutions demanding the evacuation of the territories occupied since 1967 and setting up of a Palestinian State, but in these territories he proceeds the politics of apartheid and racism based on continuous violation of the democratic fundamentals of the Palestinian people, resorting to the political assassination against the Resistance and to reprisal attacks against the population through the most sinister means of the 21st century. Several voices around the world denounce the war criminal embodied in his personality. This invitation unmasks the so-called opposition to the extreme right that E. Macron would have represented during the presidential elections.

It is necessary to remember that the party of Netanyahu finds its historical references in the Zionist extreme right organizations like STERN, which massacred the Palestinian population in 1948 and practiced ethnical cleansing in Palestine. The same ones in the occupied Europe opposed the forces of the anti-Nazi resistance, on the pretext that the war did not concern the Jews and those had to join their national homeland in Palestine! Inviting this personality after the decision of the internment in the Pantheon of Antoine Veil, the CEO of UTA [Union de Transports Aériens, an airline company that merged with Air France in 1992], who sat with and hence shamelessly frequented René Bousquet, a supporter of Vichy government, is a new insult to the memory of the victims of the Roundup, of all those who were the victims of the anti-Semite persecutions of Nazis and Vichy government.

It is shameful to exploit the memory of the Victims of the Nazi genocide for the purposes of criminal Netanyahu; the latter, especially as his government, provides various types of assistance to Islamist criminal organizations that fights the Syrian government and organizes terrorist attacks that plunged into mourning, including, Paris, Nice, London, Saint Petersburg, Berlin, Manchester.

Netanyahu must not come to Paris!”