PCPE goes for the upcoming election: 'All for the working class' 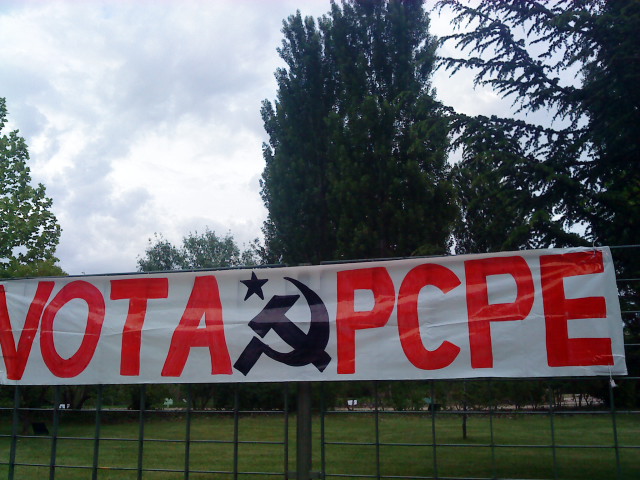 The Communist Party of the Peoples of Spain (PCPE) carries on its campaign for the general elections on the 20th December.

PCPE announces meeting dates for its election campaign before the general elections on the 20th December.

In the bullettin of the campaign, PCPE calls the people to vote for the nationalization of all the strategic sectors of the economy and for a socialized and planned economy.

“This is a historical moment to bring the capitalist system to an end. A system which is in a bankruptcy and unable to give anything positive to the humanity, to the people and to the working class. Our aim is to gather all the forces, unite the workers and organize a struggle and liberate us from the dictatorship of the capitalism. This is a moment to show the way to the new society, to the worker’s power, to the socialism and communism", says the bulletin.
Tweet