PCPE: 'The capitalists are not needed. All for the working class' 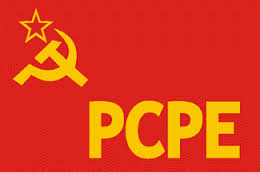 The Communist Party of the Peoples of Spain (PCPE) states internationalist solidarity with the revolutionary struggle of the Turkish working class. [ES]

The Political Secretary of the Communist Party of the Peoples of Spain (PCPE) released a statement on the latest developments in Turkey.

1. Four months ago, the European Union signed an agreement with the Turkish government lead by Erdogan, on the basis of defining Turkey as a "safe country". Thereby, the EU adopted several measures to expel hundreds of thousands of desperate refugees to Turkey. It is in this "safe country" where there hast just happened a military coup, which reportedly has failed. These facts show the cynicism of the EU and its criminal responsibility in the situation of thousands of refugees, who have been deported to Turkey in recent months.

2.The events in relation to this military effort, reveal internal conflicts in Turkey among different factions of the ruling classes, wich at the same time are a consequence of the tense geopolitical situation between different imperialist interests in the Middle East and the Eurasian corridor and the contradictions between these imperialist powers. The key of these interests are the control of raw materials and military domination strategies.

3. Nowadays, the EU, US and Russia are the main powers facing each other in these conflicts. The military coup, with one or the other direction, falls within the logic of confrontation between these powers. The interventions of imperialism in this area of the world, developing all kinds of violent actions, has been a historical constant. It intensified after the Bandung Conference in 1955, which the Western imperialist powers understood as a serious threat to their interests. As a result of decades of imperialist intervention, today most of these countries are in a situation of serious internal crisis, with violent armed clashes, and with almost total subordination to the economic imperialist interests of external powers.

4. The fact that these events have occurred in a member country of NATO, and by the army, who is under its discipline, shows that the military structure in no way based on any democratic value of respect for an established legal basis. In fact, NATO is an imperialist military structure, which always behaves under the guidance of the great powers and the big capitalist monopolies, without any respect for any basic democratic law.

5. The current AKP government is nothing but the expression of the dictatorship of capital, in the specific conditions of capitalist domination in Turkey, and submissive to the imperialist powers, and also to the internal contradictions between those imperialist powers.

6. The Turkish working class does not have to choose between one or another expression of the dictatorship of capital. The working class has nothing to gain with any of them. The Turkish working class has to fight for their emancipation, to achieve the political power of the workers' in order to build a socialist society in Turkey. The new society will be based on the struggle of the Turkish working class for its revolutionary emancipation, in the specific conditions of their country, and also strengthened by the consistent practice of proletarian internationalism by the International Communist Movement, which will open in Turkey the way to the end of exploitation and the beginning of a new society with social justice: socialism.

INTERNATIONALIST SOLIDARITY WITH THE REVOLUTIONARY STRUGGLE OF THE TURKISH WORKING CLASS
THE CAPITALISTS ARE NOT NEEDED, ALL FOR THE WORKING CLASS