Massive Meeting in Rome dedicated to the October Revolution 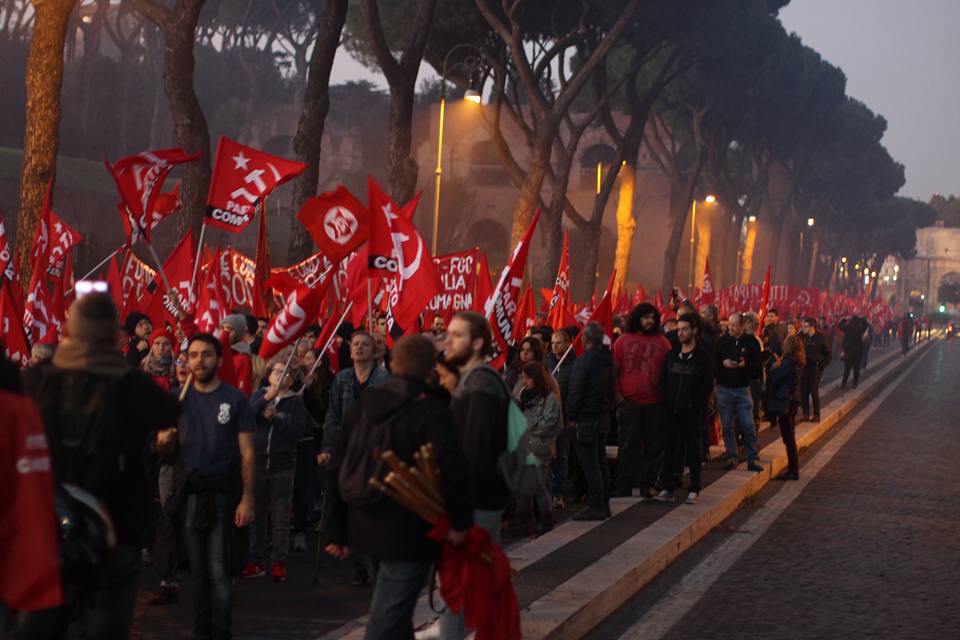 The Communist Party and Front of Communist Youth organized a massive meeting and march on Colosseum Square of Rome.

The Communist Party and Front of Communist Youth organized a massive meeting and march on Colosseum Square of Rome. Dedicated to the centenary of the October Revolution, the event promoted communism as the only real alternative against capitalist barbarity. With the participation of thousands of people, city of Rome was decorated with red flags.

Around 5 thousand workers and students got together on Colosseum Square of Rome with their red flags for honouring the centenary of the Great October Socialist Revolution, in respect to the call from the Communist Party (PC) and Front of Communist Youth (FGC) against the anti-popular policies of the EU, NATO and the Italian government. Before the event, thousands of people marhced on the streets of Rome with their chants and slogans.

Last week, the PC and FGC were exposed to political attacks of the main stream media and the physical attack of fascist groups during their propaganda works for this event. However, they stood still against any reactionary tentative and declared, "If they are afraid of communism on the centenary of 1917, it is because communism is still the only alternative against the system of exploitation. High ratios of unemployment, decreasing wages, worsening living conditions for millions... Capitalism is not able to solve these questions. We will get together on Colosseum Square against anti-popular policies of the government and for the disengagement of our country from the EU and NATO."