KP: Do not surrender to the darkness 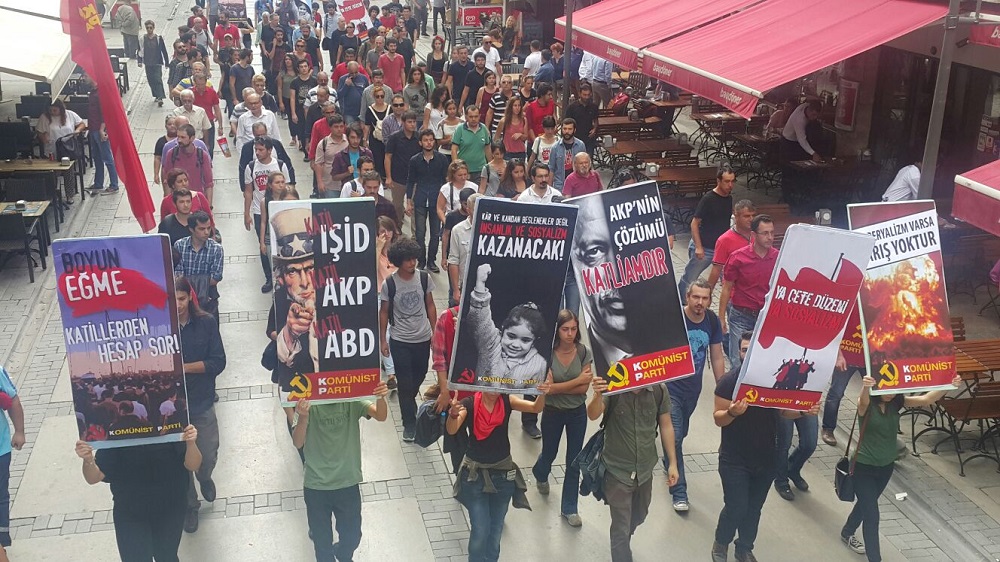 The International Relations Bureau of the Communist Party, Turkey (KP) has reported that, on the 11th of October KP had called for a two day boycott and summoned its party members and supporters all over Turkey to participate in the strikes, the protests and the ceremonies that were being held in the memory of the victims of the Ankara massacre.
The Bureau stated that, the two day boycott, starting from 12th October and ending at the 13th, was also a common call from the organising committee of the peace demonstration which was meant to be held on the day of the attack.

For two days alongside the KP members, members of the trade-union federations (DISK, KESK) and other progressive associations gathered together to show their grief and anger with the slogans like: “AKP!The murderer, the thief!”, “Stand together against Facism!”, “Murderer State will be heard for!”

There have been rallies, meetings, and sit-in protests during the boycotts and strikes in major cities like Ankara, İstanbul and İzmir for two days.
The International Bureau of KP also reported that, although the police forces of the AKP government have intervened in almost all the occasions the participation in the boycotts and strikes should be considered effective.

The Ankara Massacre had happened on 10th of October, when two suicide bombs had been exploded, ahead of rally for a peace meeting, killing at least 97 and leaving more than 400 people injured.

For related news on ICP see the links below