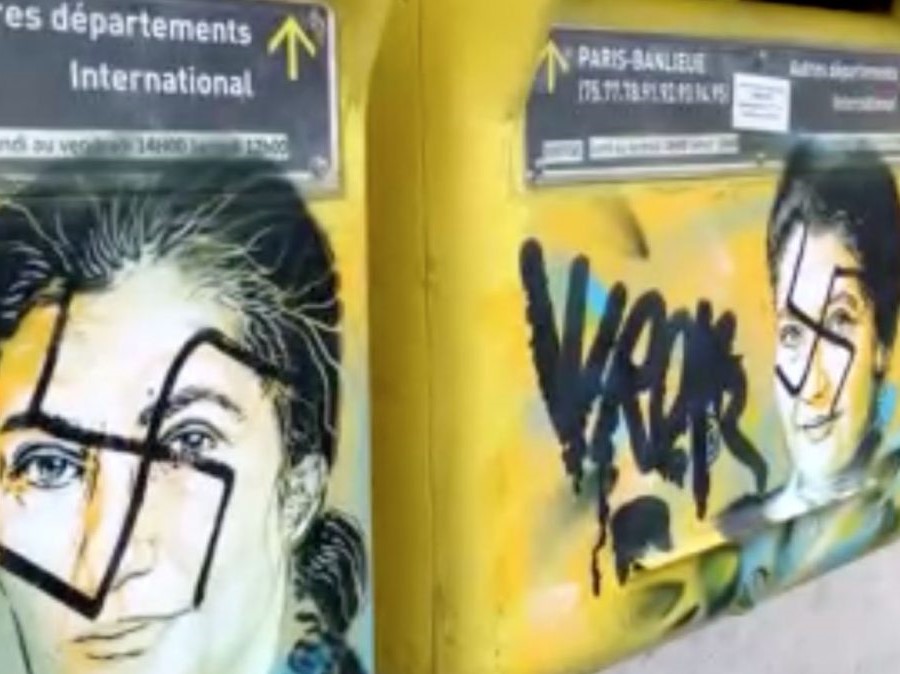 On the question of anti-semitic provocations, French communists accuse the Government for extreme right policies.

French Government announced that anti-semitic incidents, including swastika graffiti and attacks on memorial places, increased by 74% last year. The number of 311 acts that happened in 2017 reached 541 in 2018. The Government relates this increase with the "worrisome climate" that the Yellow Vest movement created in 2018.
The National Secretary of the French Communist Party (PCF) Fabien Roussel declared that the PCF denounced the increasing anti-semitic acts as well as any manifestation of racism. Roussel asserted that the responsibles have nothing to do with the social anger actually being expressed in France and underlined the difference between this social anger for social and fiscal justice with the act of bearing hatred. According to Roussel's statement, the extreme right is trying to conceal the role of the system that creates inequality by orienting social rages towards ethnic or religious identity obsessions in case of a social crisis.
The 200th number of L'Initiative communiste, monthly review of the Pole for Communist Revival in France (PRCF), chose the title "Down with rioters" accusing President Macron, employers' trade union MEDEF and the EU for generating an incalculable violence. In the editorial, the negligible violence expressed by certain Yellow Vests were compared with the violence that the capital wages through unemployment, precariousness and low wages.
The Revolutionary Communist Party of France (PCRF) indicated how inaccurate it is to interpret as "extreme-right" demands such as increase in wages, fiscal justice and conservation of social services and transports. The PCRF put forward that what is "extreme-right" is nothing but the policies of the Government.
See the link for Roussel's statement.
See the link for the editorial of L'Initiative communiste.
See the link for the statement of the PCRF.
Tweet