Communists' reply to the ban of the Governor of İstanbul 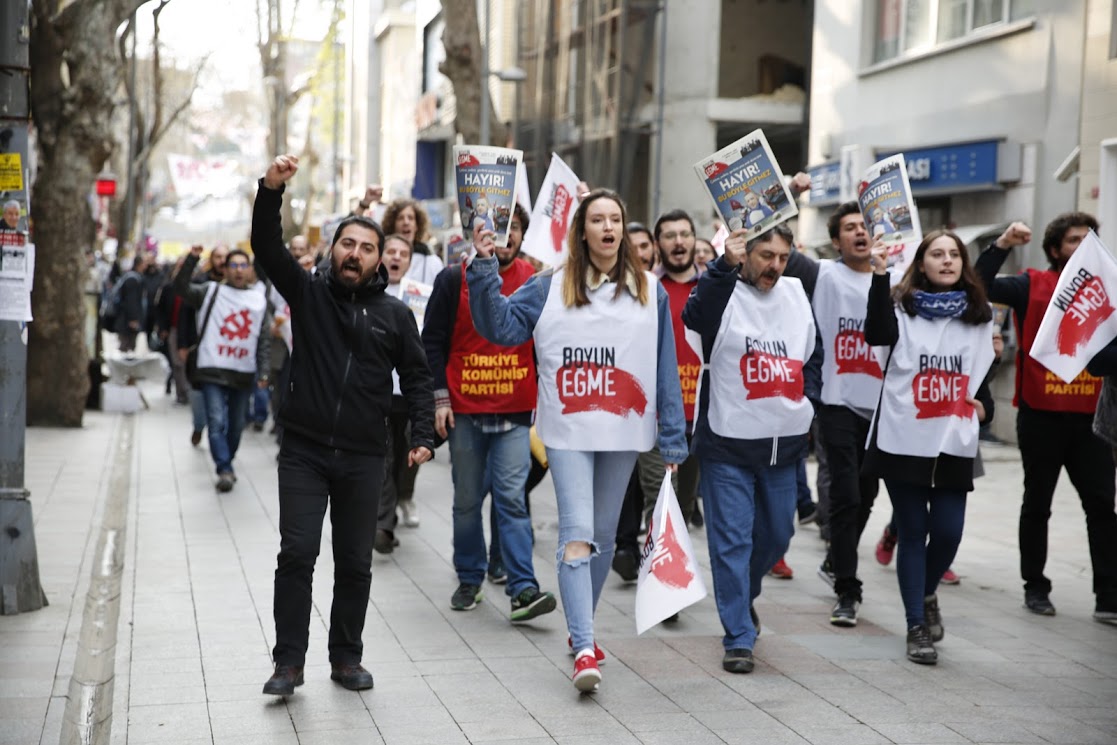 Following the ban on the rally of the Communist Party of Turkey (TKP) by the Governorship of Istanbul, thousands of people came together across the country to raise the voice of ‘no’.

soL international reports that on the call of the Communist Party of Turkey (TKP), thousands of people headed into street across the country on April 8 to show that the government will not be able to silence the voice of the working people.

TKP members and the friends of the party came together in many cities with the party’s weekly journal ‘Boyun Eğme’ (Do Not Surrender). Those who say "Not Enough but No!" distributed tens of thousands of election bulletins of TKP.

Trade unionists, intellectuals, artists and journalists also attended in the campaign that attracted great interest from the citizens.

Simultaneously with the campaign in Turkey, members of TKP, Communist Party of the Peoples of Spain (PCPE) and its youth organisation CJC came together in front of Turkey’s Consulate in Barcelona to distribute "Not Enough but No" bulletins.

See the link for photos.

Turkish voters will go to the polls on April 16, for a controversial referendum that could expand the powers of President Recep Tayyip Erdoğan. While Turkey prepares for the referendum on April 16, the Governorship of Istanbul banned the rally of the Communist Party of Turkey (TKP) that was scheduled to be held on April 8 in Istanbul, claiming there was no adequate police force.

See the story on ICP.