The Communist Party, Turkey (KP) increased its votes by more than fivefold in the general elections 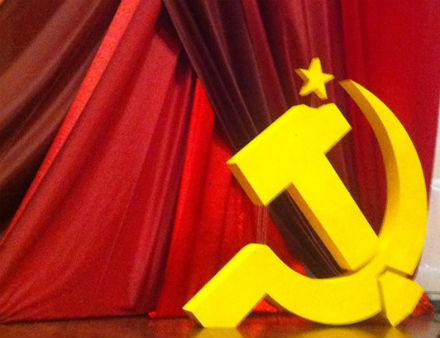 The Communist Party, Turkey (KP) increased its votes by more than fivefold in the general elections held on November 1. Secretary of CC Kemal Okuyan stated this means the communist movement has now even a larger responsibility.

The parliamentary election was held on November 1st in Turkey. According to the provisional results, Communist Party, Turkey (KP) increased its votes from 13,732 to almost over 65,000.  KP achieved this almost fivefold increase in less than five months since the previous elections in June. The final results are expected to be released by the Higher Election Council of Turkey on November 12th.

Before the elections, KP held a campaign with the slogan "Have Faith!".  See link for the related story here. On October 30th, KP held an electoral event to which they invited the 17th International Meeting of Communist and Workers' Parties (IMCWP) participants. The participants of the 17th IMCWP joined the event to greet the communists of Turkey and declared their support for the KP in the elections with a solidarity note. See the link.

In the elections held on November 1st, the ruling party, AKP won 49.8% of the votes, taking 316 seats in the 550 seat parliament, a far better performance than predicted by the polls. The Peoples’ Democratic Party (HDP) had a sharp fall in its vote from 13% in the last election to 10.75%, barely above the threshold for parliamentary seats. The votes for the main opposition, Republican People’s Party (CHP) remained the same at about 25%.

The Secretary of Central Committee of KP, Kemal Okuyan described this distribution of votes in his commentary at soL news portal, as "a breath of life" for Erdoğan, "who had already been excluded by the power centers due to the crisis he created in governing and the way he polarized the society, from the opposition parties and their followers who have abondoned polarisation."

" On the other hand there is the issue of the increasing responsibilities of the communist movement...

The 4-5 fold increase in the amount of the votes in a short time, is not significant at all for KP. Only the following: The belief that problems can be solved within the system has been delt a major below and it is obvious that there is a different type of quest...

We will respond to this quest.

Rather than the quantitiative increase in our votes, we are more interested in the road that opened ahead of  our position which we reached by ardous struggle. We'll focus on that. Only then, those numbers in thousands and the changes mean something... "

The Central Committee of KP will be having an extraordinary meeting on Tuesday (3rd of November) to discuss the election results and the recent developments.