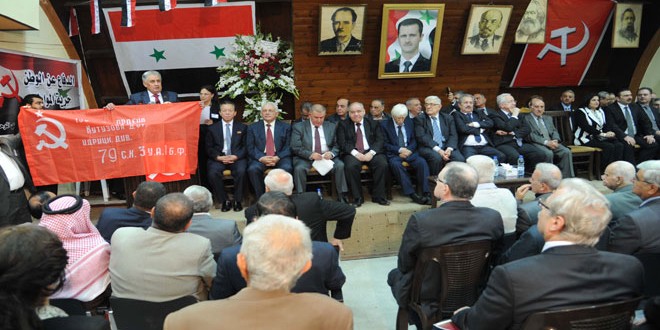 12th Conference of the Syrian Unified Communist Party was held with the theme "Defending the homeland and fighting terrorism".

Syrian Unified Communist Party, held its two days Conference in Damascus with discussions held on the political, economic and social reports and the election of the leadership.

According to the Syrian Arab News Agency SANA, Secretary General of the Party Hannin Nimr asserted that "the Syrian people, who raised the logo of political solution in one hand and the logo of resistance in other, will continue using all means to fight terrorism and restore security to all Syrian areas."

Secretary General also pointed out that their main task now is "to defend the homeland and continue eliminating terrorism."