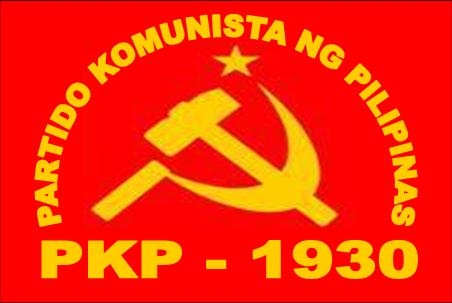 As Donald Trump wins the US presidential elections, the most recently elected president in the world that is seen as his Asian equivalent, the Philippine president Rodrigo Duterte's "100 days" has been assessed by the Philippine Communist Party (PKP-1930).

In the report, named "The Assessment of the First 100 Days of the Duterte Administration" the PKP-1930 first of all elaborates Duterte's call to nationwide vigilantism against drug dealers and addicts. According to the report, the notorious Operation “Tokhang” (knock and persuade) of Duterte when he was mayor in Davao city became a model for nationwide implementation, "with policemen knocking on the shanties of reported or suspected drug dealers and users to persuade or order them to report to police stations". However, the report points out that the "villages of the rich were spared or were only visited to distribute police leaflets on the menace of illegal drugs".

It was estimated that In 3-months' time, around 2 million houses, mostly in poor communities, were visited under Operation “Tokhang”. In the first 3 months of the Duterte reign, 1600 pushers and users of drugs were killed, around 700,000 surrendered and the operation is expected to continue until all of the estimated 3-million addicts turn themselves in. Criticized by international actors regarding his vicious policy, Duterte threatens "to pull the Philippines out of the UN if Ban Ki-Moon would continue raising an alarm over human rights violations in his anti-drugs war."

The report assesses Duterte's scornful tone against the US and the shifting of Philippine's alliances under his administration. Obama's expression of concern over human rights violations in the Philippines was backfired by Duterte saying that Obama has been unable to stop the killings of unarmed black Americans by white-supremacist US policemen. He also said that USA is sowing terrorism in many parts of the world, and is behind the turmoil and bombings in Arab and other islamic countries. However, according to the report, "If the USA, for example, would assist his anti-drugs war in the same way that the USA is extending military assistance for the anti-drugs campaigns in Colombia and Brazil, there is a chance that the USA and its leaders may yet become Duterte's friends again."

Aside from the report, Duterte is known to reject taking sides in the American elections replying to the question on whether he would prefer Clinton or Trump as "my idol is Vladimir Putin". Duterte's main challenge to Obama's "Pivot to Asia" policy was his rejection to participate in US naval patrols in the West Philippine Sea where the US has been trying to provoke Philippines against China. The report underlines Duterte's declarion about not letting Philippines be part of the USA's anti-China alliance. "Considering that China and Russia are now both imperialist countries which are competing with the USA and other western powers in recarving and exploiting the world, Duterte's plan may be beneficial to the Philippines but only in the immediate short term."

The report shows Duterte's two facedness in naming himself a "socialist". Abroad, he expresses his admiration for the Cuban health and social welfare system, sending delegations to study of the Cuban community health system and social system. At home, he carries out campaigns for a rational land-use policy needed to safeguard food security and push agrarian reform. However Duterte's promise to end labor contractualization, particularly the “endo” system where labor contracts are ended before the workers can reach the threshold of regularization has not been realized yet. This promise that addresses the workers was given during his election campaing and after being elected, he promised that his government would honor the sanctity of contracts, without taking exception to contractual obligations, clearly addressing businness circles.

His intention to amend the constitution draws concern about the few progressive economic provisions of the present one that limit foreign ownership of land, business areas open to foreign investment and foreign capitalization in local businesses. Also, his cabinet's proposals along neoliberal lines include lowering corporate taxes while removing the VAT exemption of senior citizens; joining international finance instutions of rival imperialist camps, Trans-Pacific Partnership (TPP) of the US on the one hand and China-led Asian Infrastructure Investment Bank (AIIB) on the other hand; privatizing business operations of the National Food Authority and the National Irrigation Administration and continuing the Public-Private Partnership Program (PPPP) which would ensure further control by the oligarchy over public infrastructures.

The report says, "Until the end of this year, Duterte's real color and mettle will be tested... Pro-imperialist forces are also trying a new approach –- that of frightening people regarding financial and economic dislocations that can be caused by western capital angry at Duterte's fulminations against US, EU and UN leaders.... Some US officials have remarked recently that a predominant pro-US sentiment is the foundation of 'people power' in the Philippines. This remark is in fact a veiled threat that the USA has the power to again manipulate 'people power' in order to remove Duterte from office, in the same extra-constitutional way that the USA had earlier caused the ouster of Marcos and Estrada from Malacanang."

At the end of the report, the Communist Party of Philippines states that, "In the face of this danger, it is necessary to support Duterte's patriotic positions, even while putting pressure against his anti-people plans ... Despite all his faults, Duterte is the first president to ever call for an end to the US military presence in our country, for an end to US war games in our territory, for an end to our military alliance with (and dependence upon) the USA, and for an end to our mendicant foreign policy. He is the only president to ever expose and attack the historical injustice committed against our people by US imperialism, and the only president to ever expose and attack the hypocrisy of the catholic church and its leaders. If US imperialism succeeds in ousting or assassinating Duterte, only the ultra-right will gain, the peace processes would be derailed (as the ultra-left would be justified in resuming their “protracted war”, and islamist forces may relaunch their secessionist struggles), and the civil liberties of the people –- as well as the political space enjoyed by the wider progressive movement –- may be endangered."