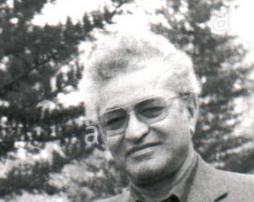 Algerian Party for Democracy and Socialism (PADS) published a declaration following the passing away of Boualem Khalfa, communist leader and editor-in-chief of the Republican Algerian.

Algerian Party for Democracy and Socialism (PADS) published a declaration following the passing away of Boualem Khalfa, communist leader and editor-in-chief of the Republican Algerian, at the age of 94. We present a summary of his life extracted from the delaration of the party:

Boualem Khalfa joined to the ranks of the Algerian Communist Party (PCA) in 1946, being influenced by Bashir Hadj Ali, PCA leader and poet.

In 1953, Khalfa was sentenced to two years and a half in prison when he was the editor-in-chief of the Republican Algerian, in which he was the voice of the workers of Algeria.

In November 1954, he was nominated the editor-in-chief of the Liberty, the central organ of PCA. After the dissolution of the party in September 1955, he became coordinator of the first armed forces of CDL, a guerrilla group established by PCA, in the Oran region.

In 1956 he was arrested and tortured. He was then transferred to France and escaped from the Caen prison with the help of French Communist Party (PCF).

After the liberation of Algeria in 1962, the National Liberation Front (FLN) adopted the Algier Charte in 1964. PCA had been in an auto-dissolution process after on. Khalfa was one of the first who opposed this process and defended clandestine activities of the party, even before the coup d’état in June 1965.

After the coup, the journal was closed and Khalfa had to turn back to his clandestine life. PCA was succeeded by PAGS (Socialist Vanguard Party) in January 1966.  In 1974 he went back to legal politics when Boumedin decided to stop the prosecutions of PAGS members.

In France, young Algerian immigrants were joining the ranks of PAGS and Khalfa was continuing his political activities among them. PCF wanted PAGS to dissolve in FLN and excluded the party from its annual international festival called “Fete de l’Humanite”. Until 1989, FLN would occupy the place, from which PAGS was ostracized.

In 1990, Khalfa was aware of the fact that the new direction of PAGS was moving off from Marxism-Leninism.