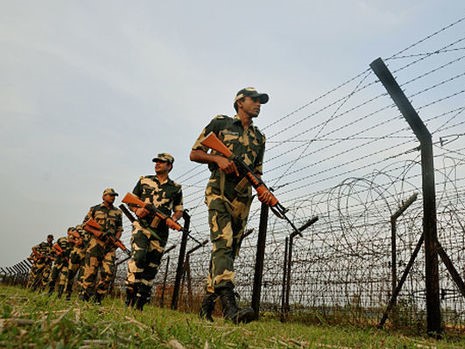 Communist Parties commented on the escalating tension between India and Pakistan.

The suicide bombing of a paramilitary convoy in Indian-controlled Kashmir on February 14, stimulated the conflict between India and Pakistan, leading to cross border shellings and air bombardments. The Communist Parties of the involved countries commented on the escalating tension.

On February 27, the Political Bureau of the Communist Party of Pakistan (CPP) strongly condemned the ongoing bellicose environ and declared that the escalated frenzy of jingoism is undoubtedly "in the best interest of the religious fanatics and the military establishment, but it has nothing to do with the peoples' well-being of both the countries." Pointing out the socio-economic problems related to the system of savage capitalism, the CPP asserted that this uncalled war madness is a pretext for the military to grab mammoth increase in its budget supplies. The statement continued, "The present so-called elected democratic governments in both the countries are two sides of the same coin. Both playing to the gallery of their dirty political ambition and in larger canvas serving the interests of the imperialist masters and arm dealers." The Party called upon Communist Parties, Progressive and Peace Democracy loving forces on both sides to "unanimously resolve to press upon the rulers and the military establishment in their respective countries to shun away the pursuits of war in lieu of peace, jobs and peoples harmony, diverting all the resources towards the welfare of the people instead of dumping it in fire fodder."

According to the Communist Party of India (CPI), the Jammu and Kashmir problem is a political problem which needs a political solution for which there should be a political process to reach out to all stakeholders through a meaningful dialogue. The National Secretary of the CPI declared on February 28, time for unity of the nation and demanded the BJP government to "apologize the nation for politicalisation of sacrifices of our soldiers" and for "refusing air transport on the fateful day at Pulwama despite intelligence inputs."

On March 4, the Central Committee of the Communist Party of India (Marxist) accused Prime Minister Modi and BJP leaders for politicizing the issue and disrupting the united fight of Indians against terrorism for their partisan electoral benefit. The CPI(M) relates the sharp rise in local Kashmiri youth joining terrorist groups to the lack of a political process of dialogue with all the stakeholders in Jammu & Kashmir and confidence-building measures.

See the link for the statement of the Politburo of the CPP.

See the link for the statement of the National Secretary of the CPI.

See the link for the communique of the Central Committee of the CPI(M).