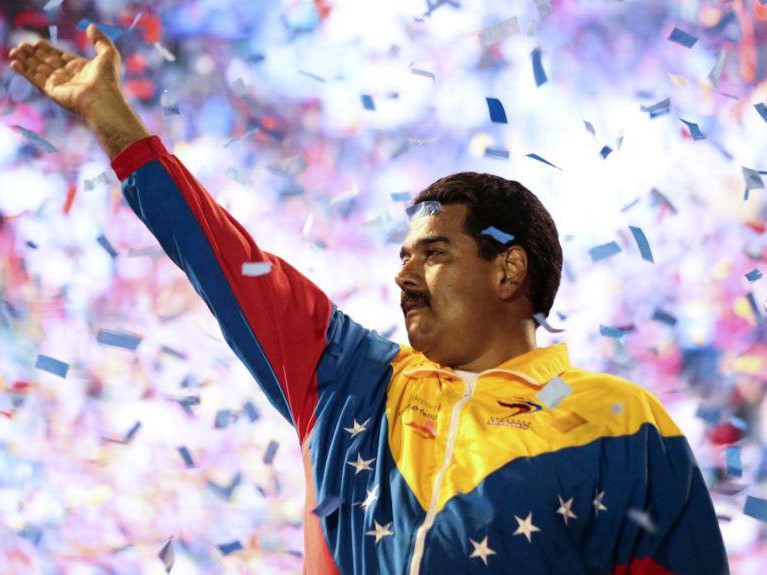 Communist Parties of South America declare their support for Nicolas Maduro who is re-elected as President of Venezuela with more than 5,8 million votes (68%).
ICP, 23 May 2018
Presidential elections in Venezuela, which were initially planned to be held in April, took place on May 20. President Nicolas Maduro got re-elected by receiving more than 5,8 million votes (68%). Despite manipulations of the North American press and boycott attempts of the pro-imperialist opposition in the country, elections were carried out under the control of the National Electoral Council (CNE) with the participation of more than 150 international observers. Out of 20,5 million registered Venezuelans, totally 8,6 million people voted on Sunday. A week before the elections, the US Government had come up with accusations of drug traffic and overtly threatened Venezuela with further measures. After his victory, President Maduro stated his determination in the resistance against imperialism and called on the opposition to maintain a persistent dialogue. Raúl Castro Ruz, the First Secretary of the Central Committee of the Communist Party of Cuba (PCC), highlighted the courage of the Venezuelan people through his congratulation letter disclosed by Venezuelan Foreign Minister Jorge Arreaza.
On May 17, Oscar Figuera, the General Secretary of the Communist Party of Venezuela (PCV), ratified the PCV's position in Tribuna Popular as "to be critical of what happens inside the country, but unite to face the external aggressors" and added that the main enemy of the Venezuelan people is still the US imperialism even though they will remain critical whenever it is needed. As they denounce the destabilizing actions of imperialism, Figuera declared their support for the re-election of President Maduro in the name of defense of the sovereignty and independence of the people, which is currently their main task. Nevertheless, the PCV is keen to raise their critiques against the inconsistencies of the national government on the serious internal problems suffered by the Venezuelan people. Figuera reminded the Party's demand for a deep revision in ministries, particularly in the areas of electrical energy, food, agriculture and transport, in respect to the fight against corruption, impunity, inefficiency and monopolies. In the XIVth National Conference of the PCV in February, a unitary programmatic agreement was signed between the PCV and United Socialist Party of Venezuela (PSUV).
See the link for Figuera's statements on Tribuna Popular.
See the link for related news on ICP.
On May 19, the Paraguayan Communist Party (PCP) declared its solidarity with the people of Venezuela and especially with its fraternal party, the PCV. The PCP stated its commitment with the PCV's analyses on the dependent rentier capitalism as the real reason of the crisis and on the necessity to defend the country's sovereignty against imperialist intervention while keeping the right to "criticize everything that should be criticized."
See the link for the statement in Spanish.
Tweet