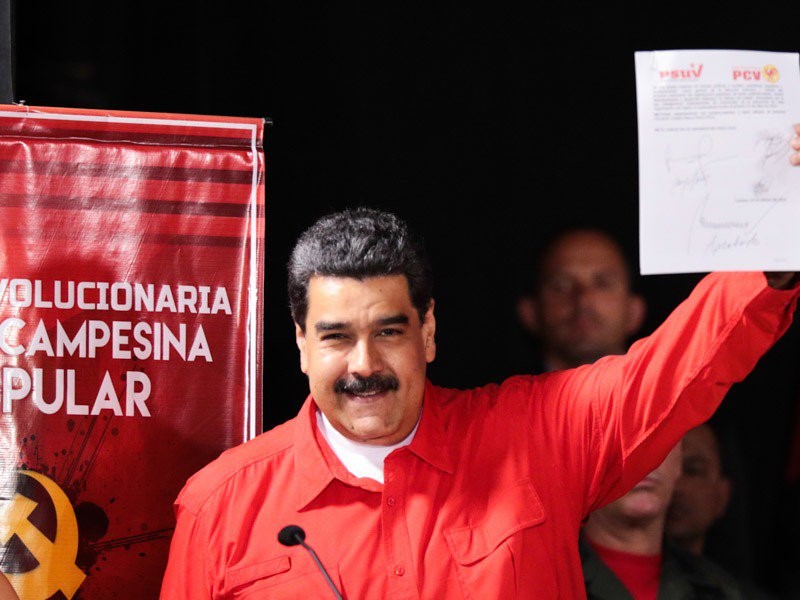 The XIVth National Conference of the Communist Party of Venezuela (PCV) expressed its support for the candidacy of Nicolas Maduro in the presidential elections of April 22.

The XIVth National Conference of the Communist Party of Venezuela (PCV) convened its closing session in Caracas on February 26. With the participation of President Nicolas Maduro, it is declared that a unitary programmatic agreement is signed between the PCV and United Socialist Party of Venezuela (PSUV) and that the PCV will give support for Maduro's reelection in the presidential elections of April 22.

In the conference resolution regarding presidential candidacy, it is stated that the serious socio-economic situation of the country is generated by the worsening crisis of the dependent and rentier model of capitalist accumulation. In the name of the Bolivarian progress of the country, it is assumed to build a broad anti-imperialist and anti-fascist alliance for the presidential elections in respect to the necessity of developing a policy of "accumulation of revolutionary worker-peasant, communal and popular forces". In conclusion, an agreement between the PCV and PSUV is supported for implementing "anti-imperialist, patriotic and popular political and socio-economic actions".

In December, the PCV had issued a letter to President Maduro for reminding the PSUV's arbitrary attitude in relation to its revolutionary allies, which would weaken the Bolivarian Revolution. As of now, while the US-backed opposition is preparing to boycott the upcoming elections, the struggle of the Bolivarian forces seem to intensify. (See the link for related news on ICP)