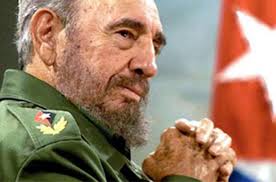 It is reported from Granma that Fidel Castro will be a delegate to the communist conclave in the eastern city of Santiago de Cuba. Castro is regarded as a leader who "embodies the highest principles of a revolutionary" and is a "man of deep convictions and visionary ideas".

Fidel Castro held the first secretary post of PCC until the organization's last congress in 2011 and then was replaced in the post by younger brother Raul Castro to whom he had ceded power to in 2006.