What to make of Iran’s demonstrations 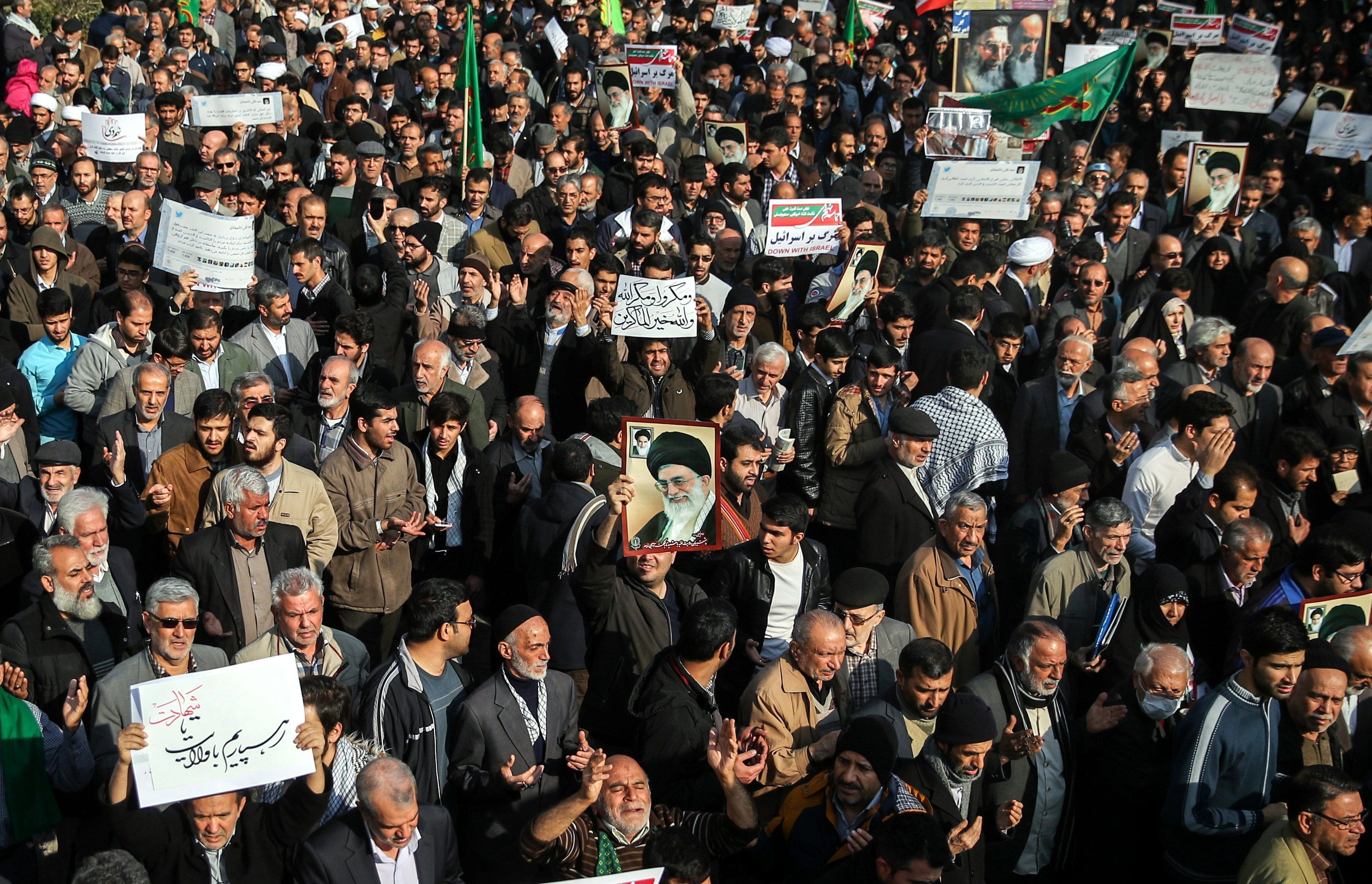 Party for Socialism and Liberation (USA) published an article on the recent developments in Iran, authored by Mazda Majidi.

Party for Socialism and Liberation (USA) published an article on the recent developments in Iran, authored by Mazda Majidi.
Analyzing some of the underlying caused behind the recent demonstrations, Majidi states:

"To the extent that protests are motivated by the economy, it is not absolute poverty or the worsening of the living standards. It is the growing gap between the filthy rich and the rest of society.

For the Iranian working class, and even more so for the middle class, the opulent lifestyle of this class creates strong resentment at the obvious social injustice. The presence of this parasitic class renders the existence of some progressive social safety policies superfluous. That periodically large-scale embezzlement cases are exposed in high-profile trials reinforces the impression that all the wealth is being stolen by the government and those close to it.

It is instructive to look at two issues that have reportedly prompted anger about the government’s proposed budget. Next year’s budget is scheduled to increase the price of gasoline. But this is not a country in which energy prices are breaking the backs of workers. In Iran, gasoline is heavily subsidized. The price of gasoline is among the lowest in the world, the sixth lowest according to the site GlobalPetrolPrices.com. Currently, the government spends approximately $100 billion per year on subsidies for fuel, bread, sugar, rice, cooking oil and medicine.

Another point reportedly driving the anger at the economy is the planned reduction in the government’s cash subsidies. About 90 percent of the population receives direct cash subsidies. The way this works is that, every month, the government deposits money directly into citizens’ bank accounts. This amounts to about a $30 billion annual government expense. Many of those wishing Iran to implement what they see as sound economic policies like in the U.S. do not realize that subsidies for food, fuel and medicine are considered a gross violation of market economic principles. Cash subsidies for 90 percent of the population? Not a chance."

The article also pointed to the possible role of foreign forces that may attempt to intervene in the developments in Iran:
"There is no doubt that the protests themselves reflect the frustrations of part of the population. There are  widely felt grievances that many are demanding be heard and real problems they want rectified.

Given the long history of involvement of foreign agents in Iran, however, it would be nonsensical to assume that they would not again be working hard to try and seize hegemony over it. After the 2009 protests, several agents in possession of weaponry were arrested. Foreign agents (likely working for the CIA or the Mossad) successfully carried out several assassinations of nuclear scientists within Iran.

The United States, Israel, and Saudi Arabia, all sworn enemies of the Islamic Republic of Iran, regularly contribute to anti-government forces and are not shy about acknowledging those efforts. Their strategists admit that riding the wave of, and influencing, a protest movement would be an ideal scenario for taking down the Iranian government. That some of the most well-funded and high-powered security agencies on the planet have as a top priority the undermining and overthrow of the Iranian government is not imaginary; it is real.

No foreign agent or foreign-funded organization can create an opposition movement where there is not an existing potential for such. But they can have an impact on its direction, how it is perceived domestically and internationally, and the direction in which street actions are led, particularly where there is no clear leadership or ideological cohesiveness among the protesters."

Majidi also goes over the tasks facing the anti-war movement within the US:
"But the main task of revolutionaries and progressives in the U.S. is not to simply analyze developments in Iran, or elsewhere. Our task is to do what we can to stop the vast military that Trump boasts of from inflicting more death and destruction on the people around the world. Our task is to understand and teach others that the U.S. imperialist establishment, by its very nature, can never be an ally to the forces of revolution and progress.

The future of Iran is not to be decided by Trump, Tillerson and Haley, nor Clinton, Obama and the rest. The people of Iran have the right of self-determination. They are the ones who will determine their future based on their views, preferences and struggles. U.S. Hands off Iran!"

See the link for the full article.