PSL: We need socialism and liberation 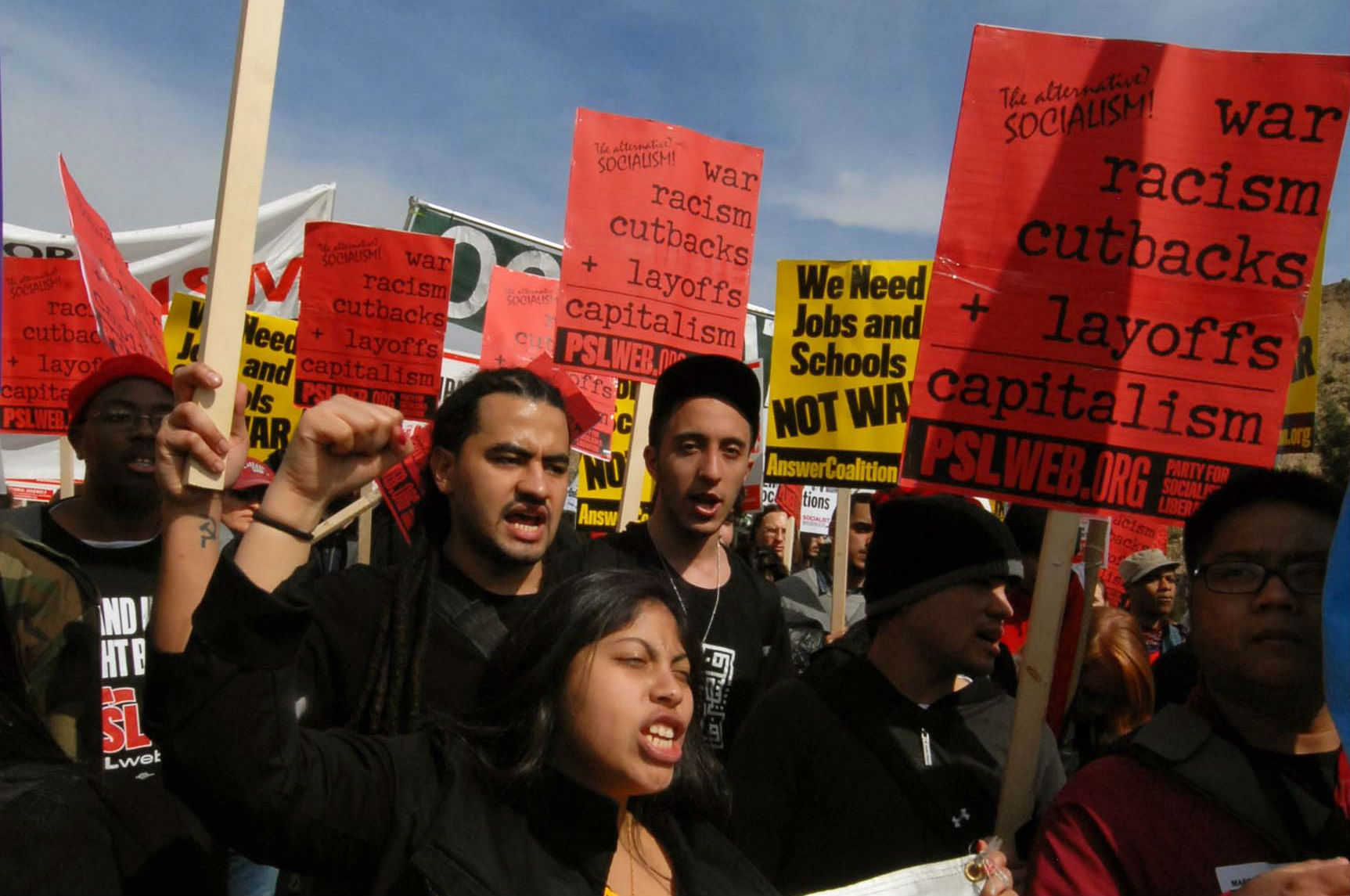 Party for Socialism and Liberation noted, in 2015, “socialism” was the most searched word on the Merriam-Webster online dictionary.

In an article published on PSL's newspaper Liberation, it is noted that in 2015, “socialism” was the most searched word on the Merriam-Webster online dictionary.

"A large section of the population has an openness to learn about socialism. In addition to that general sentiment of curiosity, more and more activists now denounce “the system,” and even name capitalism as an enemy alongside white supremacy and patriarchy." reports Liberation

Commenting on the presidential campaign of Bernie Sander's who identifies as a "democratic socialist", the article explains the difference between what Sanders means by socialism and the socialism PSL is fighting for. The article states that while some of the reforms advocated by Sanders such as raising the minimum wage, free college education and universal health care have resonated with large numbers of young and working-class people and that these reforms are necessary, for the Party for Socialism and Liberation, socialism means a revolution in the way society is organized—the way we live.

According to the article:

"In a socialist system, corporations would not just be regulated and taxed. Their executives would be stripped of their power as the masters of the economy. The enterprises would be put under public control and run with a plan to meet people’s needs and save the environment [...] The new order would backed up by a new state that would replace the current police forces and court system."

The article provides details of the socialist program of the PSL:

"The socialist program would marshal massive resources, including reparations, affirmative action and militant anti-racist cultural campaigns, to reverse the oppressive legacies of capitalism. The racist police forces and judges would be disbanded and made to account for their crimes. To rebuild trust and working-class unity on new foundations, socialists recognize the right to self-determination for oppressed nations."