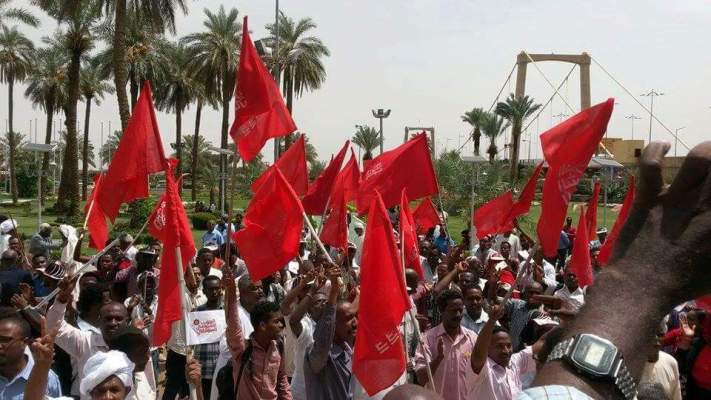 In the 4th issue of the Solidarity Bulletin, the Sudanese Communist Party (SCP) pointed out that "the regime sellout to the US Administration is complete with its acceptance to host the largest CIA station in Africa." Consequently, Sudan is made the main base for "spying over Africa and the Middle East". On the other hand, the regime is helping the US imperialist and its endeavors "to compete with China over the exploitation of the natural riches especially in central Africa".
The statement underlined the hardships of the regime owing to "the failure of the so called national dialog and its adherence to policies which continue to serve the interests of the parasitic and bourgeois forces to the determent of the masses who continue to face poverty, exploitation and epidemic of the cholera".
According to the statement, the opposition forces should unite their efforts and struggles to safeguard the national sovereignty and defeat the regime’s policies in serving the imperialist plans in the area. The SCP called all political opposition forces "to equally participate in the building the broadest possible front."
In its call, the SCP underlined the need for "mass uprising, launching the general political strike and civil disobedience to uproot the regime and install the democratic alternative which paves the way for the completion of the tasks of the national democratic revolution under the leadership of its authentic authority."
Solidarity (Tadamon) is a monthly bulletin issued by the SCP to inform about national and international activities. In its current issue, the Bulletin declared its plan to devote one of our coming issues to the 100th anniversary of the Great October Revolution.