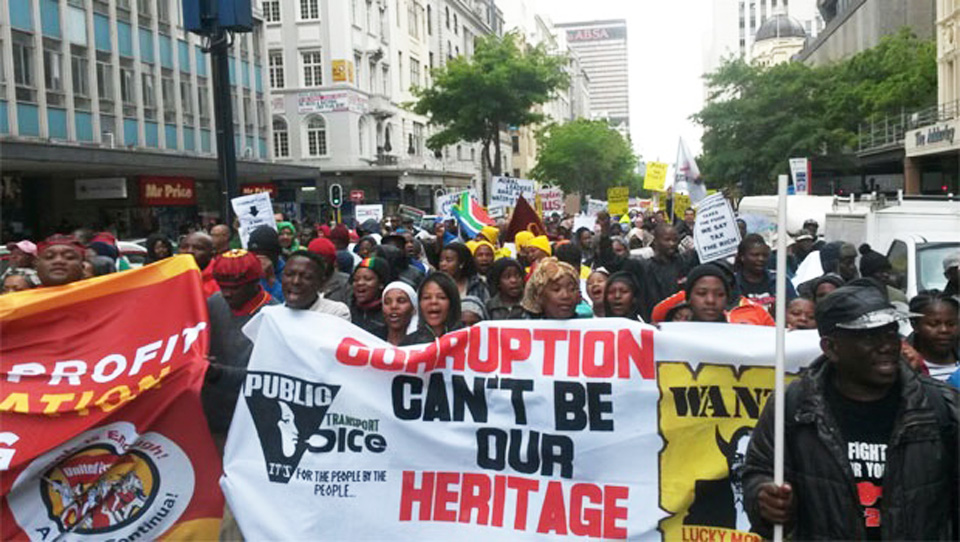 The South African CP claims to advance to a second radical phase of national democratic revolution to overcome unemployment and inequality.

South African Communist Party (SACP) Central Committee (CC) issued a statement on 19 August 2018 concerning the key challenges of the current revolution. The statement was based on the Political Report to the CC by general secretary, Cde Blade Nzimande, identifying these challenges as being two-fold:

- The imperative of advancing a second radical phase of the national democratic revolution as the only way to break out of the vicious cycle of high levels of unemployment, poverty and inequality and poor economic growth; and

- An absolutely necessary condition for this, the DEFENCE of our constitutional democracy, our progressive advances, and our broad movement, in the face of a desperate fight-back campaign by the parasitic looters within and beyond our movement.

The statement pointed out that these 'twin challenges' demand the active reconfiguration of the alliance of left popular fronts to create the 'widest patriotic unity in defence of democracy and constitutionalism'.

The CC statment also discussed the challenges facing the sustainability of the country's key strategic State Owned Corporations (SOCs) and local government, as the 'two major sites in which the challenges of parasitic looting have been concentrated' as it was said in the statement.

The CC of the SCAP called to defend the public sector and expressed its full support 'for all those who are standing up to state capture, sometimes at personal risk', pledgeing to be a 'steadfast ally in the struggle against parasitic looting'.

The CC resolved to focus on local government in this year’s Red October campaign. It said, 'Amongst other things we will continue to expose corruption and bureaucratic indifference in local government'.

The statement of the CC also strongly condemned the recent retrenchments of thousands of workers in the mining sector, expressing SACP's solidarity with the workers in their confrontation against 'the greedy capitalist mining bosses'.