Algerian Party for Democracy and Socialism: For the adoption of a new pro-people regime, socialism 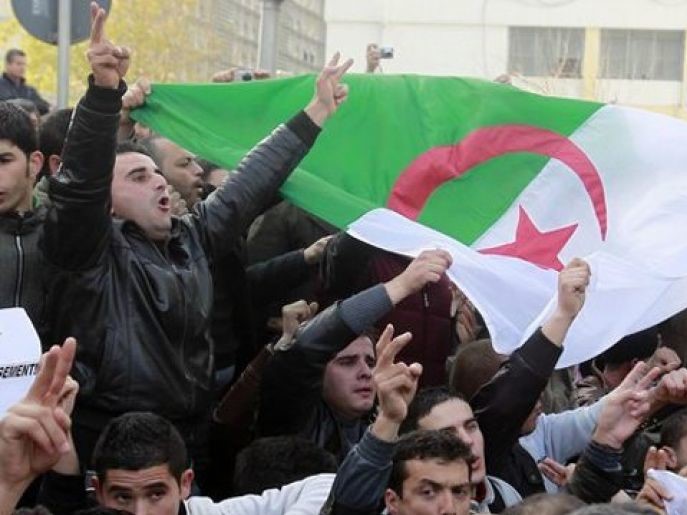 The Algerian Party for Democracy and Socialism commented on the mobilisations going against the corrupted regime.

On February 22, Algerians took to the street for protesting President Bouteflika's intention for going for another mandate despite the political crisis of the regime, high levels of corruption and his own health problems. On March 11, Bouteflika announced that he will not run for the presidency in the upcoming elections that he arbitrarily postponed. As manifestations continue with enthusiasm, the President's step back does not seem to ease the people's rage against the regime.

On February 26, the Algerian Party for Democracy and Socialism (PADS) issued a statement on the ongoing political crisis in Algeria. The PADS finds legitime the people's rage expressed against Bouteflika's candidacy, which was "an offensive against the national dignity" since for years, the country is controlled by a "black cabinet" due to the President's health problems. On the one hand, there is a so-called "democracy" characterised with fake opposition parties all functioning in the name of the interests of the bourgeoisie and a very low level of participation in the elections; on the other hand, there is a harsh struggle between different camps of the bourgeoisie, all having the support of imperialist states whether they are for the consolidation of the "black cabinet" represented by Bouteflika or for the emergence of a politically "virgin" alternative.

The PADS asserts that a plan has already been prepared for revisions in the labour code, code for pensioners and fiscal system all at the detriment of the people in order to raise the exploitation. These projects, according to the statement of the PADS, are backed by all clans within the bourgeoisie, no matter if they support or oppose the current president. Another common point that these different groups share is their fear of the "inevitable emergence of an organised and combative working class."

Today, as they did as early as in 1999, communists in Algery do not have any expectation from the side of Bouteflika. They neither have anything to expect from an alternative candidate from the side of the opposition, who will certainly follow the same policies that serve the exploiting classes. The communists call upon the workers, poor peasants, youngsters, pro-people intellectuals, popular strata to fight, unite and organise for putting an end to this regime. The PADS calls for the amplification of the struggle for overthrowing the bourgeois social order and replacing it by a socialist regime to be run by workers and their allies, a regime based on the social ownership of the means of productions and planification.

See the links for the statement of the PADS in French and Arabic.