Okuyan: 'This country does not have any other choice but to fight!' 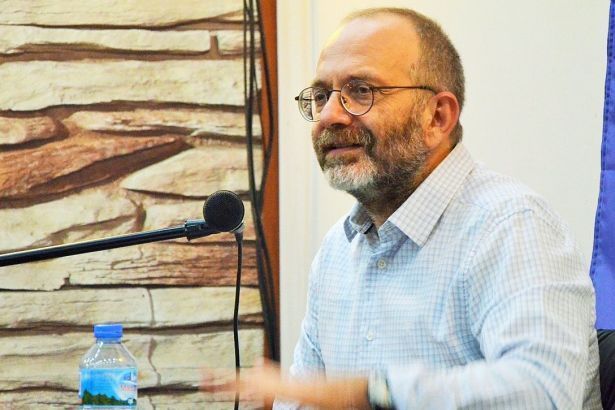 The interview by soL news portal with Kemal Okuyan, First Secretary of the CC of TKP, on the results of the 16 April referendum in Turkey

soL: What can you say right away about the results of the referendum?

KO: We cannot talk about an arithmetical result. They did something they are good at, and they stole the results. Our logic, our mind and conscience tell us that ‘No’ won in arithmetic terms, too.

Yet, there are other results. First of all, we see all they could muster despite all their repression, exploitation of public resources, and fraud; the picture speaks for itself. We saw that in reality their followers do not add up to more than 40 percent of the population in Turkey.

And still more importantly, the resistance in big cities increased rather than decreased. Istanbul and Ankara have been added to Izmir. We should also count Adana, Mersin, Diyarbakır, Antalya, Denizli, Aydın, and Eskişehir. With this picture you cannot change the constitution whatsoever. You only think you can.

soL: Before coming to that matter, let’s talk about fraud. Did they really have a big impact on the election?

KO: If we take into account all violations as a whole, yes of course they did. Why don’t we call utilization of all public resources in favor of ‘Yes’ a fraud? The media lies, are not those fraud? The threats, the terrorization, aren't those fraud? They limited the number of parties eligible to participate in the elections, decreasing the number of ballot observers, isn't this a fraud? To all that, add what they did on the day of referendum. Missing ballot papers, unsealed ballot papers, images of people casting ‘Yes’ outside the voting cabins, even on the streets, thousands of people shamelessly showing off photos of their votes for ‘Yes’, photos of group of people standing all at once in the same cabin, unlawful interventions by the police and the gendarmerie, repeated voting, and finally the decision of the Supreme Committee of Election to accept unsealed ballot papers. When you take into account all this as a whole, the referendum is wallowed in mud.

soL: Can anything be done about it?

KO: The people should respond. Yet, there is the Republican People’s Party (CHP), which stands as a barrier in front of the people's reactions, a party which people still have faith in. Erdoğan should once again thank Kılıçdaroğlu, the leader of CHP.

soL: What can CHP really do?

KO: CHP cannot do anything. They cannot; but we are the ones who know that. The mass base of CHP constantly get their hopes up, “maybe this time…”, and choose to wait. Each time, CHP very successfully fulfills the task of soothing the anger and the energy of the masses. Before the referendum, we were saying that there were CHP cadre who wished for a ‘Yes’ result with a slight margin. Those cadre also include Kılıçdaroğlu, the leader of CHP.

soL: How can you be so sure?

KO: First of all, Kılıçdaroğlu was not ready for a ‘No’ result. What was he going to do if ‘No’ succeeded? The government would not accept the result and there would be a lot of tension… All along the referendum process, Kılıçdaroğlu did nothing but preached for ‘consensus’. There is nothing about ‘power’ here. Secondly, and most importantly, we should not forget that ‘Yes’ was the result aspired by a large section of the big capital and international monopolies. It is the bosses who have been advocating for the presidential system for years. We know that the imperialist centers also pushed for a system with strengthened executive powers. The only problem is the extremism and rash manners of Erdoğan. A ‘Yes’ with a narrow margin would have restrained Erdoğan on the one hand, and keep in force a ‘program’ with a wide space for maneuver for the capital on the other hand. They achieved what they desired. This is the personal mission of Kılıçdaroğlu for years.

soL: Then, will this lead to some relief? I mean, if this was what they wanted…

KO: No. This is because the contradictions within the imperialist system have reached serious levels and Turkey is standing on a crucial juncture of those contradictions. On the one hand, Erdoğan is extending his political life exploiting these contradictions, and on the other hand, this continuously means new mines on Erdoğan's path. There is no room for stability in this picture. Nor the internal dynamics of Turkey can produce stability. Erdoğan is an unbearable burder for Turkey. Culturally, ideologically, politically, and economically… And there is another fact that is slowly surfacing: the working classes of Turkey cannot withstand Erdoğan and his mentality. No matter what Kılıçdaroğlu does…

soL: What will happen then?

KO: The status quo in the Turkish political order has been shaken as of yesterday. There are serious problems in AKP. Let’s say they knew they had already lost Izmir; but a government party that has also lost Ankara and Istanbul… If the results had been a little bit worse, Erdoğan would not have had any choice but to rush to take up the presidency of AKP.

CHP never ceases to have problems anyway. In all these years I have never met a CHP member who is happy with CHP.  There, the discussion never ends.

And now there is a new reality in the Turkish bourgeois politics: Akşener. Her team will eat into AKP as Erdoğan and AKP face difficulties. This team has already become the representative of the Nationalist Movement Party (MHP). They will also attract the attention of the discontented in CHP. We know that there are preparations and dialogue for the construction of a new ‘center’.

The other party in the parliament, People’s Democratic Party (HDP), showed that it has been able to successfully consolidate its grassroots despite all the repression.

soL: So, what should we expect in politics: recovery or disintegration?

KO: For recovery, disintegration is needed first. However, at this moment Turkey seems far from such episodic classifications; ambiguities increase each day in the country. Especially in this world! This is why we argued that the referendum alone would not be able to determine everything at once.

soL: That is where I was trying to get to. TKP said, “Continue the struggle whethre the result is ‘Yes’ or ‘No’”. After the referendum, can we attach new meanings to this perspective?

KO: TKP said so because if ‘No’ had succeeded, this would have been a big achievement, a step forward that would lead to positive results but it would never have been a solution in itself. There was not even a level of organization to protect the ‘No’ votes. And actually this was confirmed. Mathematically we know that more than half of the voters in Turkey voted for ‘No’. Yet, the party in power stole them and the response was no more than a few very valuable but weak actions. We also said, ‘Yes’ would not be the end of the world. Now is it the end of the world? Do we now have to pack and leave? No way! TKP was and still is calling for immediate escalation of organized struggle. Yet, on a different basis…

soL: What is that basis?

soL: So, you mean without class-based politics, secularism cannot get the upper hand against religious fundamentalism. Then, Turkey will not be able to overcome this deadlock in the short term. Is that true?

KO: No, it won’t. However, in countries like Turkey, it is difficult to say what is the short term and what is the long term. Imperialism is in crisis. And the capitalist order in Turkey is on the brink of a very serious economic crisis. Lack of organization in such a period is fatal. We insist in our call. The people in Turkey should be organized. And secular sectors should leave behind the heedlessness, “We don't mind the exploitation and injustices continuing as long as they don’t mess with our raki (an alcoholic beverage) or the length of our skirt”; there is no other choice.

soL: Can the pro-‘No’ sector go through such a transformation?

KO: Look, in a sense, the referendum is behind us. The result is illegitimate; this is an indisputable fact. But from now on, people should raise their heads from the ballot box and focus on the realities of life. This society is unorganized. We are unorganized in factories, in offices, in schools, in neighborhoods. Then, you cannot protect your votes either. It is not enough to sing the Anthem of Izmir. Those who are satisfied with this capitalist order but do not want to lose secularism will have to take care of themselves on their own if they remain satisfied with the system; they do not have the right to complain. However, the majority of the voters of ‘No’ are workers. We should start understanding that it was the bourgeois class who placed dynamites in the foundations of secularism in Turkey, and that what we call imperialism is an order of monopolies. And there is no way to deal with it unless you are organized.

soL: Do we need to address the pro-‘No’ sector only?

KO: Primarily yes. This is the only way to be able to extend hand to the working people in the social basis of AKP. If ‘No’ loses energy, if its self-confidence gets weaker, if the atmosphere of defeat becomes prevalent, nothing can be changed in this country. No one can be convinced. And there is only one single way to infuse energy and identity to ‘No’: giving it the color of the working class. This is not a mathematical operation but a political one. The day one tenth of the voters of ‘No’ take such an organized stance, everything will change. And nobody will be able to steal it! Neither the governing party, nor the official 'AA' new agency, nor the Supreme Committee of Election!

soL: Do you believe that such organization will be possible in the near future?

KO: Before and on the day of the referendum many people worked for a ‘No’ outcome with great sincerity and self-sacrifice. These people are the honor of this country. Nobody should regret that all those efforts went for nothing. Nothing is in vain. Yesterday a very important lesson was learnt. If you are unorganized, you are nothing. If we fulfill the requirements of that lesson, there is nothing to be pessimistic about.

See the link for Turkish

See the link for Spanish

See the link for the story on ICP