'Leaving EU will represent a defeat for the bourgeois' 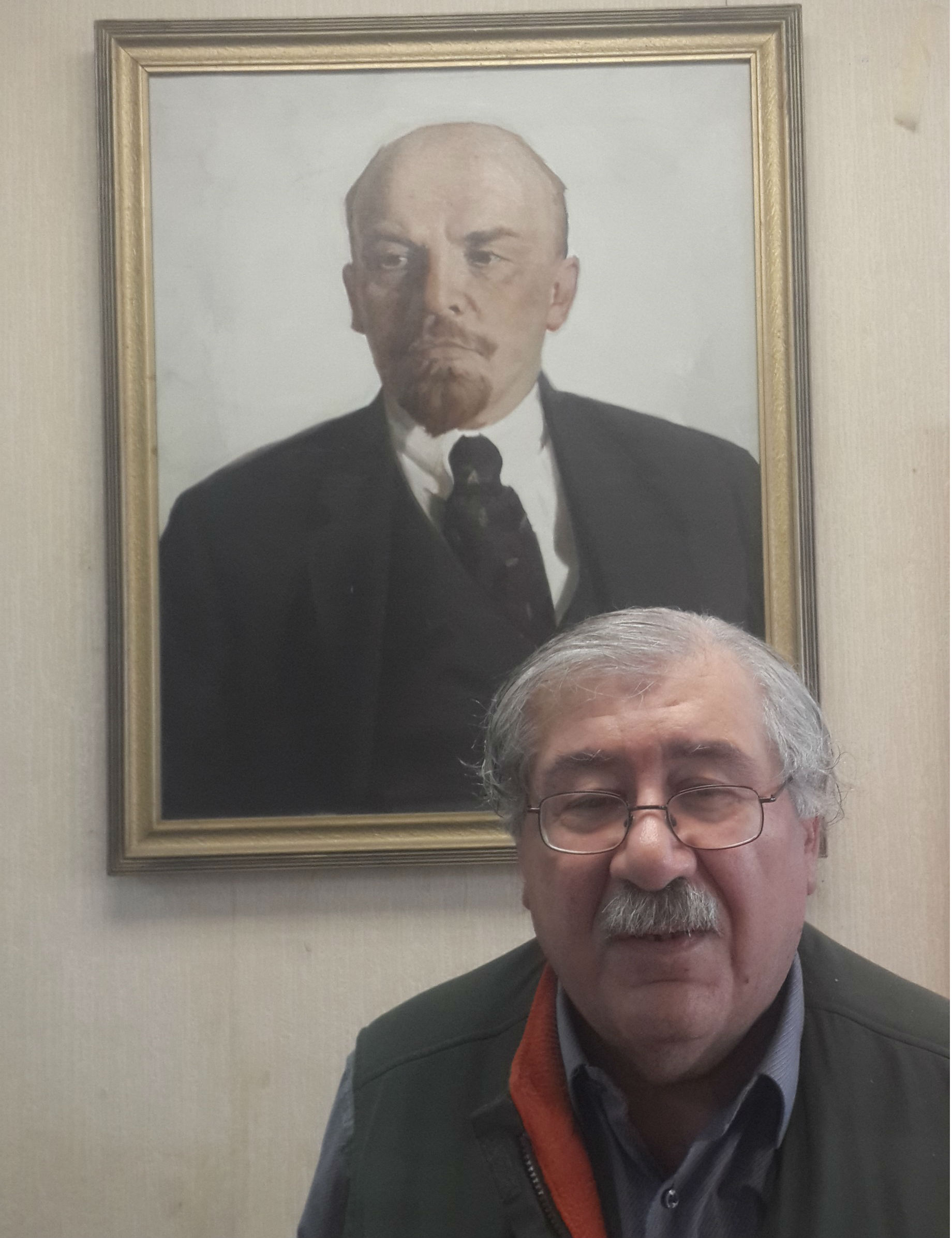 Special interview on the EU referendum with Andy Brooks, General Secretary of the New Communist Party of Britain.

ICP: The European Union referendum of UK is now one week away. What do you think about EU and the referendum?

Andy Brooks: We vote leave. We oppose to the EU. We have been opposed to the European Union since we were formed in 1977. We believe it cannot be reformed. With only by tearing up the Treaty Rome The whole Treaty Rome has to be torn up. We do not believe there are any positive benefits for the working class. The EU is essentially a rich men’s club. A club for big business. And it exists solely to operate for the interests of the big European corporations and we believe it is dominated by Franco-German imperialism. Whatever minor benefits have come to workers because of these institutions could have easily been obtained by other means. For example, freedom of travel. Before 1914, there were no passports, no barriers anyway. The limitations on travel are phenomenon of the 20th century and could have been done in elsewhere. That’s often said.

ICP: You said you oppose to the EU and you will vote leave. But in every election you support the Labour Party and now they vote for staying in!

AB: We don’t believe there is a parliamentary road to socialism. We also don’t believe in standing in elections. So, since 1977 we have called our main supporters to vote Labour and our party is an affiliate of the Labour Representation Committee which is a committee formed some years ago whose leading lights were the late Tony Been and other left social democrats including Jeremy Corbyn, now the leader of the Labour Party. We don’t think there is any point in standing in with communist candidates. It is literally divisive. Parliamentary election in Britain is essentially two-party system. At this stage, the major progressive working class demands are for social reforms. We believed that they are best carried out by reformist parties. In the Labour Party. We see the main struggle within that party and the trade unions. And as long as the Labour Party retains its organic links with the trade unions, our policies are unlikely to change. Lenin himself said that the British Labour Party was a very strange party unlike any other social democratic party in Europe. The reason of this was in the time of Ramsay MacDonald in the early 1920s. The strangeness was that the Labour Party out nearly all its fans and nearly all its money coming from the trade unions. They still the case.

Yes, Labour Party supports staying in. There are some individual Labour MPs that oppose. Just as though the majority of the trade unions support staying in. But the railway workers, RMT (transport trade union), ASLEF (trade union for train drivers and operators) and bakers’ union… There are a number of militant trade unions which oppose.

ICP: What are your main concerns about EU? How did it affect the people?

AB: I am from a generation which can remember Britain before it joined the EU. Only people of my age and older can remember the era of cheap food. After we joined the common market, one of the fears which was proven totally correct was the cost of living. The cost of food go up astronomically. People did go to France and we shopped the high price of food. Nowadays lots of people don’t realise that the price of food in the European Union is the highest in the world. And it is artificially sustained in the old days through food mountains but nowadays by paying farmers not to grow things. The old system they used in Britain and countries which weren't’t in the EU was subsidies which was designed to help farmers but to keep the prices down whereas the EU which operates as opposed to subsidies, operates on the principle of keeping the prices up.

ICP: There are a lot of campaigns or fronts which propose to leave the EU. What do you think of them?

AB: We don’t take part in the major campaign. But Lexit is different. We have no problems with Lexit. We report their activities. It is a very new movement. We report them and encourage our supporters to go to those, but we have our own independent policy.

ICP: Why do you prefer this?

AB: Because the major opposition to the EU has been historically based on chauvinist and racist lines, anti-immigration, UKIP, and indeed some which poses left  and in fact it embraced the idea. The mainstream campaign against the EU which is being led by UKIP and Eurosceptics within the Conservative Party is almost entirely on immigration. Of course we have a huge number of workers from Eastern Europe in the last two years. It is possible that London is now the third biggest Polish city in the world after Warsaw and Chicago. Apart from Polish workers, we have a lot from other parts of Eastern Europe. It is entirely a bogus argument, the issue of immigration, and the conservative opponents of the EU have an entirely reactionary agenda. Their opposition is because they see the EU as a brake on further neoliberal policies and also it represents the section of the British ruling class which is a fear for the Franco-German imperialism and fear the British imperialism’s interests are best served in alignment with US imperialism. Historically Britain’s policy since the World War II has been to seek US protection for its vast global interests while acting as a bridge between the United States, or US imperialism, and Franco-German imperialism. That policy was more or less maintained until the Blair government.

ICP: What has been changed?

AB: Blair more or less burned that bridge by align completely with US imperialism in the Middle East. The Cameron government actually has no close friends in Europe or in America. So the Eurosceptics in the main from the Conservative ranks are coming from that section which fears German and French imperialism and still believes that the interests of British imperialism are best maintained in tandem with the United States. We argue for that Britain should have an independent foreign policy. The Euroscepticts talk about the burden of the European Union funding but they never talk about the American bases in Britain. Because they approve of them. So, the independence they talk about is not a genuine independence but simply leaving the EU. They don’t talk about the independence from US imperialism. They never openly admit British imperialism cannot stand on its own feet.

ICP: How will the exit of Britain affect the future of the Union?

AB: If Britain leaves the EU, I think it will encourage most of others. Greece, Spain, and Portugal, all those countries… And in Cyprus, the TROYKA imposed anti-people budget, they would see the strength for the demand for alternative and possibly they lead to the breakup of the EU. However, at the moment some polls put the anti-EU lobby in the lead but we just don’t know what will happen. If the pro-Europeans are defeated, they will pull out -we suspect many other maneuvers to prevent this happening.

ICP:How will the exit of Britain affect politics in Britain?

AB: Well, there is no procedure for leaving the EU and the pro-European section of the British ruling class will fight tooth and nail. Whatever happens, I suspect that David Cameron will resign. Obviously if the vote goes against him, he will have to go.  But the Conservatives only have a very small majority and it is quite possible that the Conservative government could collapse. An incoming Labour-led government would not be bound by this referendum. The leadership, Corbyn and the others who are pro-EU, in the usual tactic to act in another vote. We have seen this in Europe whenever the result. Endless others. So we say it is a colossal vote against the EU.

ICP: Do you think leaving the EU is a step forward on the road to socialism?

AB: Well, it may not be a step forward, but it will represent a defeat for the bourgeois. At least one section of it. A step for socialism only depends on the strength and the militancy of the class as a whole. We believe only the communists emancipate the working class.

ICP: Thank you very much. We really appreciate.

AB:It was a pleasure. Thank you very much.