'Leaving EU is an anti-imperialist step' 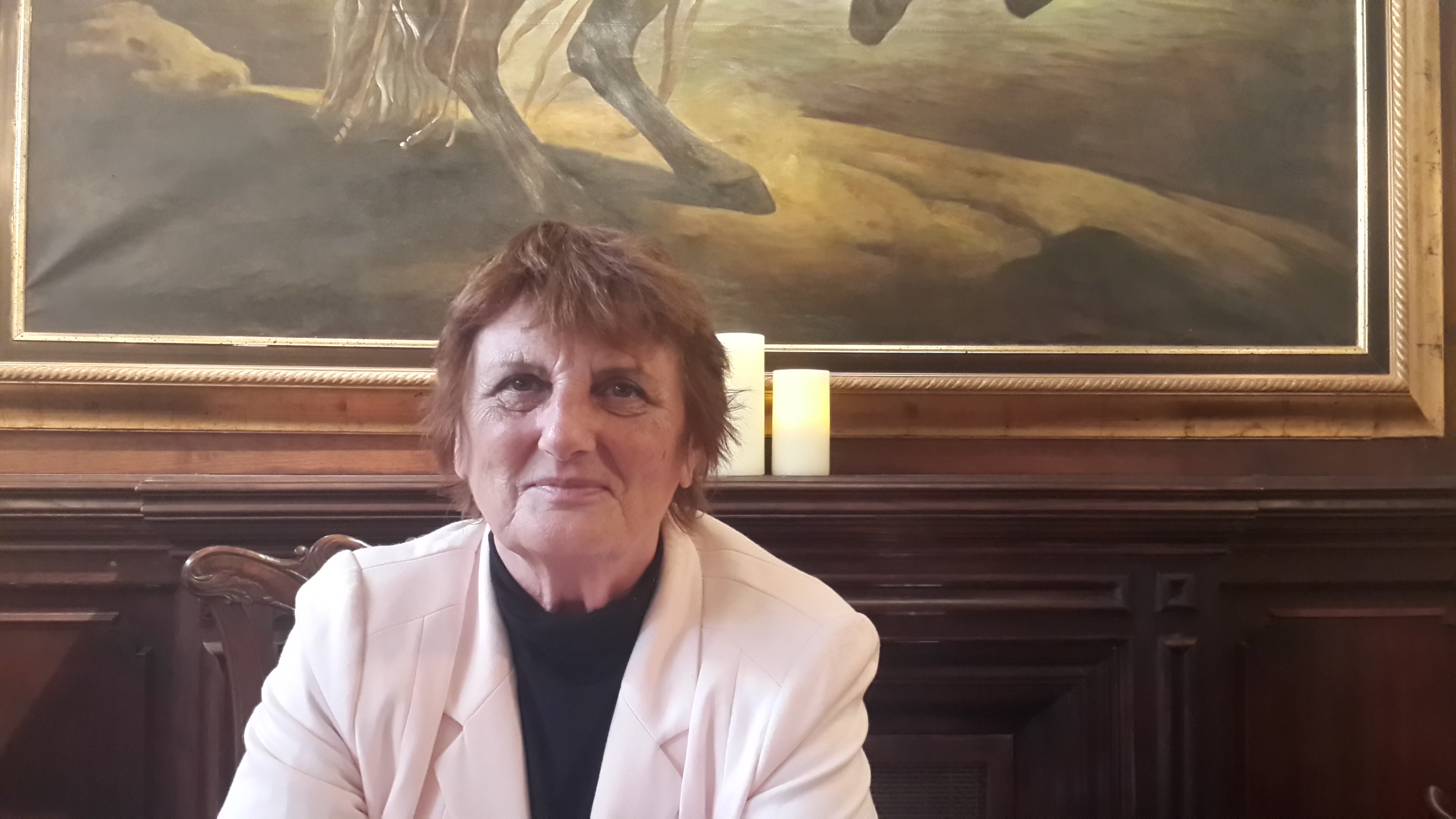 ICP: In an article in your newspaper, you say that leaving EU takes the struggle for socialism one small step forward. In what manners do you think that it will affect the struggle of socialism positively?

ICP: What are your main concerns about EU membership? How does the membership affect the people?

ER: It makes us co-conspirators in the struggle of imperialism against the peoples of the world. We don’t really want to be a part of this robber brigade. I think in all probability we will be financially very pressurised as a result of leaving the EU if that were to happen. The newspaper today say that old people will lose their free bus passes and the Chancellor has issued all kinds of threats. Even if these are put into effect, then it seems to me that we really do not want to be a part of an institution that depends survival on oppression most of the world and raining terror on people in other countries. You know, there is a lot of noise been made about the immigrants who are coming to Europe. They are coming because we are European Union are as implicated as US imperialism in driving them from their homes, bombing them to oblivion. Any weakening of imperialism of necessity creates the opportunity for working class movement.

ICP: You say that opposing the European Union, socialists find themselves in extremely nauseating company. You are criticised to be on the same side with these groups. Isn't’t it something that makes your struggle more difficult?

ER: Yes, of course it does. You can understand why these people are taking this position. They really don’t understand the imperialist nature of the EU. And therefore, their agenda is really to deal with surface issues without dealing with the underlying problem. In fact, this anti-Islamism and anti-foreigner stance are completely reactionary and they divide and weaken the working class. Nevertheless, we have a saying in English “even a broken clock is right twice a day”, so even the reactionaries can sometimes take position which is correct, even if it is for all the wrong reasons.

ICP: Frances O’Grady, the general secretary of Trades Union Congress, claims that it is the EU guarantees workers their rights to paid holidays, parental leave, equal treatment for part-timers etc. Many others who claim to be left-wing declare their willingness to stay in. What do you think about it?

ER: I don’t know what planet she lives in! If you look at what is happening in Greece now, Greece being still a member of the EU, how is this helping Greece? Their pensions are being taken away and their social provisions - their schools, hospitals, etc. are all in extremely dire straits. Being in the EU isn’t protecting them. The French are having to fight very fiercely trying to preserve their basic rights, workers’ rights. How is the EU helping them? It’s just crazy, the daftest argument that I have heard in a million years.

ICP: In the UK, there is a great number of people from European countries who came here to work. Do you think that exiting from the EU force these people who all are from working class to go back their home countries?

ER: I doubt that as a result of the election they would be sent back. If they were, it would be a very unfortunate side effect. But all the same, we cannot go against the interests of imperialism without facing sacrifices. We are not going to be able to win the war against imperialism without tremendous sacrifices. It’s obviously unfortunate when people who aren’t aware of the need to sacrifice have to make them anyway. We would be very sorry about that. Nevertheless, it seems to me that is unlikely. The British ruling class gains a lot of benefit from the fact that they get highly qualified and very cheap labour. So, why would they send them back?

ICP: How will this exit affect other countries? Will EU’s ability to bully be considerably weakened?

ER: It will be. The thing is that there are lots of countries also within the EU where the masses of the people are tending to blame the EU for the economic crisis that is engulfing the world as a whole. There is the feeling: if Britain exists, it will be the first of many. For instance, an election is coming up in Spain shortly, or re-election because the first one failed. It is thought that the Spanish people might seriously consider an exit as well. Greece ought to have pulled out. They should pull out and refuse to pay the debt. Greece has in fact recently received a new loan. And there is speculation that the reason why it has got the new loan with the help of the IMF (in breach of IMF lending rules) is precisely because they don’t want a Greek default just before the British referendum. Because when Greece defaults - which eventually it is going to have to - then Greece’s creditors will present the bill to the European countries. We are going to have to cover the losses, which will mean more austerity still being imposed on the working class in the rest of the EU… So, clearly they are doing what they can to hold off the Greek default a little bit longer.

ICP: There are a lot of campaigns or fronts which propose to leave the EU. What do you think of them?

ER: As far as I am concerned, the main campaign to leave is Brexit. But it includes the chauvinists, it includes those with an anti-foreigner motivation. In a way we stand on our own. None of those other people would want anything to do with us.

ER: I am a European. My father is Spanish and my mother is British. I love European unity. I like going to wander around the Europe. I like hearing and speaking other languages. Our party’s policy is open borders. We are only in favour of international coordination and cooperation between workers of every country. We object to all immigration controls. But that doesn’t mean that automatically we have to support an imperialist organisation. There are lots of people who come Britain for job opportunities. Also, you have to understand that we have got lots of British people working all over the world. Are you going to bring them back? Let people go where the opportunities are. Capital goes wherever it wants. Why not people? Part of the hardship suffered by the working class is that the capital they have worked to provide to the capitalist goes to make more money in another part of the world. Capitalism is capitalism; that’s how it works.  It can’t work differently.  It must pursue maximum profit. The only solution is getting rid of capitalism. And leaving European Union may be a step towards it.

ICP: Thank you very much for the interview.

ER: It was a pleasure. Thank you.