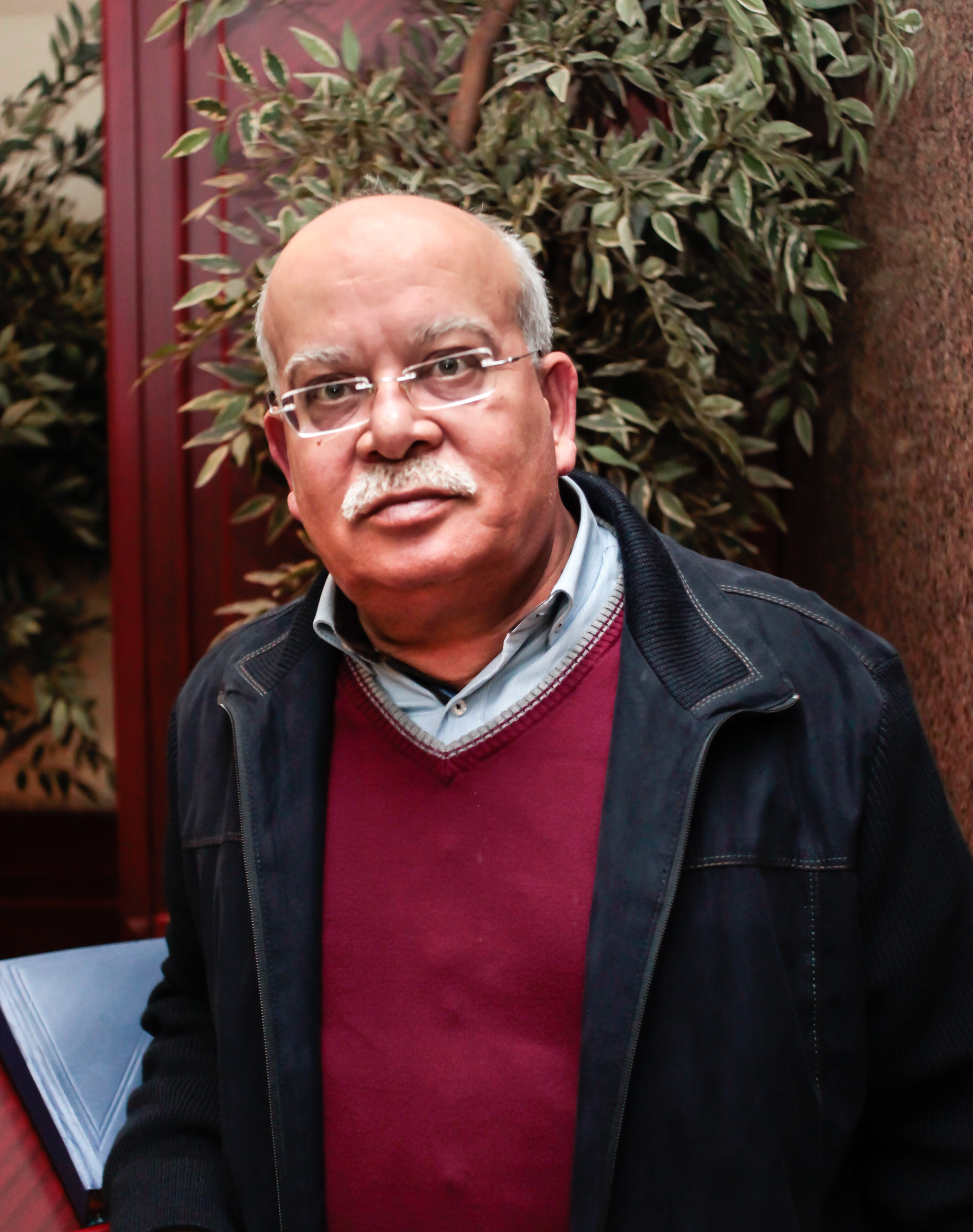 ICP: Lebanon has been passing through a political crisis period. How would you describe the situation in your country.

Khaled Hadadi: Since more than two years Lebanon has been passing through an unprecedented crisis in its history. Now the country is without a president.
20 months ago the parliament was prolonged but it does not work. And now the government crisis has started and replaced the President of the Republic. The Lebanese regime, fundamentalist religious regime, determined all the institutions of the country, the president, all the other things, and it has opened the way for the bourgeoisie to directly govern Lebanon through politicians and corruption, which is the natural consequence of a fundamentalist regime. There is no fundamentalist regime without corruption since there is a coalition between the religious leaders and the bourgeoisie, governing the country. Lebanon became a country where there is no political activity except some positions which are assigned. Briefly we may say Lebanon is a country of political groups, fighting each other being on the influence from different countries outside Lebanon.
Now Lebanon is a confederation of religious groups. Every group is linked to an institution:  The president to the Christians, the government to the Sunnites, and the parliament to the Shiites etc. This division, which we call ‘partition’ in Lebanon, now extends even to the public servants at lower ranks since those at the forefront are subject to the ‘partition’ according to the Lebanese Constitution. Maybe the 60 percent of the Lebanese public servants are retired and only the 40 percent of the total have the whole work load since it is impossible to hire new people without passing through the sectarian system. As long as this religious and sectarian system continues there will always be the possibility of civil wars in line with the tensions of the region.
Now we find ourselves in the midst of several problems. The essential point is this fundamentalist regime. There are Lebanese political parties who call for a change of this regime, to pave the way for the democracy instead of a religious regime, to construct a democratic and secular state. This is also our principal aim. This is our position since the beginning. We claim that the current partitionist policy of Lebanon is unable to save the country and to set apart the country from what is going on in the region. Therefore, we support a democratic and secular regime without partitions.

ICP: You mentioned about the tensions in the region. Could you mention more about those, and the position of LCP?

KH: Firstly there are the menaces of Israel, who has been trespassing certain parts of Lebanon with aircraft and soldiers. There is always the threat of an Israeli invasion over Lebanon. The other menace is the Islamist terrorism, the ISIS and al-Nusra.  The minister of interior affairs has stated that a part of Lebanon, a big village named Arsal, at the border with Syria is occupied by the terrorists. Since recently the Syrian army has gained power over the terrorists, especially in the suburbs of Damascus, the terrorists are escaping from places close to Damascus to our borders. This is a real danger in the sense that the terrorists occupy zones in Lebanon in order to compensate their defeats in the regions which are liberated by the Syrian army. They have founded their small state in the North of Lebanon and in Ersal. This, is a real threat for us.
We have already launched a call to the Lebanese people to support the Lebanese army for the defense of our borders. Until now, the Lebanese army has made several efforts but unfortunately is deprived of a political support. For the moment, the Lebanese army is the only non-sectarian and united force in Lebanon. The commander-in-chief of the army had told me that there are only two institutions which are united in Lebanon: The Communist Party and the Lebanese army. This means, the Lebanese CP is composed of all the religions and sects. LCP has the opportunity to present itself amongst all the people of Lebanon. This is not the case for the other political parties. All the other parties represent a sect. There are parties for Shiites, Sunnites, Druses, Maronites, Christians etc. It is only the CP of Lebanon that is organized in all the regions and among all the sects and religions. And still, the Lebanese army, until now, is united and we fear that the Lebanese politicians and the leaders of the sects will try to divide it. This was the case during the civil war between 1975-1990. Now we see that a unified and national Lebanese army is the only solution to defend the country. As LCP we made a call for the people of the villages of Lebanon to support the Lebanese army.
There is another issue regarding the Saudi Arabia’s promise of a financial aid to the Lebanese army three years ago. Recently they refusing to give anything. We believe that this is another way of saying ‘We do not want the Lebanese army to win this war’. This is obviously a direct or indirect support to the Islamist terrorists in Lebanon. I hope this would not turn into a sort of civil war in Lebanon. This is a new threat that has started when a pro-Saudi minister, the minister of justice resigned. And I think that this is the beginning of a new rapprochement between the security forces and some sects in Lebanon. Especially, the religious Sunnite leaders have launched appeals to support Saudi Arabia against Hezbollah and Iran. Therefore, the tension has started to heat up in terms of a civil war.

ICP: You were one of the participants of the Working Group meeting at İstanbul. How would you consider the proceedings of the meeting?

KH: I think that there were many interesting discussions for the future of the coordination between communist and workers parties all over the world. I think that the Communist Party, Turkey with the others had made a lot of efforts for the preparation of the 18th congress that will take place in Vietnam. Now I think that the member parties of the Working Group and other communist parties, especially the CP, Turkey had done a good job by coordinating activities such as the solidarity campaigns with Cuba, Venezuela, Palestine and now they have started to make activities to support people of Syria against all degradations and external interference inside Syria, and especially the last threats by Turkey and Saudi Arabia. We had worried that this interference forestalls the probability of a fait accompli division of Syria into two parts: An Iranian part, the regime and its allies Russia, Iran, and Hezbollah. Another part, which is already under the control of ISIS, that will be ruled by Saudi Arabia and Turkey under the pretext of a Sunnite region of Iraq and Syria. And actually what is the most important for the United States is that it is not a Sunnite Iraqi-Syrian region but a petroleum region.
Lastly, I hope that the WG prepares well the other stages, especially in terms of organization, to renew its internal organization, its relation with the other parties that have to be a part of this meeting. I think that there is something ahead of time.