KPP: 'We associate our general approach to social issues with the class perspective' 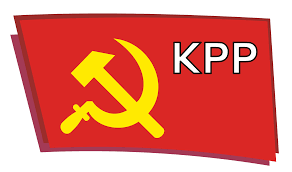 Special interview with the representative of the CC of the Communist Party of Poland (KPP).

KPP: Until 1989 in People’s Poland women were independent, had social and economic equality, work, active participation in constructing the country and access to free education on all levels.

The first period after the Second World War was difficult. Due to economic backwardness of the country before the war and war destruction there was increased need for women labour. It was needed also because most of the 6 million of war victims were men in productive age. Women took most of the responsibilities in many branches, also in the industry. Women gained new abilities in professions that were regarded as reserved for men. They were becoming operators of the machines due to mechanisation of branches based on physical work. In such traditional area as agriculture, activity of women was promoted for with slogan women on tractors. In such conditions family was just one of the forms of activity and women were more free to choose which type of family they preferred.

Abortion was legal on basis of the act from April 1956. The law stated that to protect women from effects of abortions made in unsafe conditions and by people without medical knowledge it allows only doctors to conduct it. Abortion was legal in case of pregnancy health dangers, being an effect of rape or difficult living conditions of a pregnant woman.

After 1989 women became first victims of transformation. They were first to be fired during work reductions. It was mainly because of their rights for maternal leave and others associated with childcare. At the same time catholic church started to promote conservative social model. It was helped by the concordat agreement between Poland and Vatican giving church many privileges.

ICP: The parliament's rejection of the anti-abortion law seems to be the result of a backfire of the repressive attempts harbored by the Catholic Church. Could this social reaction evolve into a struggle to restrict the repressive policies of the Church on other social issues too?

KPP: Present law on abortion was created in 1993. It allows abortion in case of rape, genetic deformations of the fetus or threat to mother’s health. It is presented as a “compromise”, but in fact it was not a compromise but a provision made to the church. Now conservatives tried to impose new law liquidating even these exceptions. They used a mechanism of the church organized social initiative, allowing to propose a law.

This proposal caused a wide and massive protest, with participation of over 100 thousand people. For the first time thousands of people demonstrated not only in big cities but also in small towns. The demonstration was called black protest, because opponents of the proposal were wearing black.

One week after Law and Justice party dropped out its support for the total ban of abortion its leader Jarosław Kaczyński has said that women should give birth even to deformed baby, without any chance to survive, just to baptise and bury the child. The next day it has caused protests during which people were protesting also against imposing catholic rituals as baptism. Next protests were announced for 24th of October.

Both sides take actions and people are being convinced that only radical and mass action brings effects. On this basis we may predict that consciousness of the masses will grow. However it is hard to say whether this movement will last and encompass also another issues.

ICP: Evidence shows that the present law currently forces women to go abroad for abortion and poor women from the working class who do not have the necessary financial means carry out abortions in insecure conditions. How widespread was class consciousness in the reaction of women?

KPP: Level of the class consciousness is low. The protest helps to spread it and teach people that they can oppose the political elite, but decades of capitalist propaganda has greatly decreased class awareness. The mobilisation has confirmed that woman are more on the left than man, it is mostly the case of the youth.

There are many social issues affecting mostly women. A few years ago pension age for women was raised for 7 years and for men 2 years. Similar is the issue of decreasing access to education and childcare. Women from the working class have to resign from work because of lack of public preschools and lack of funds to pay for private ones. Women also usually earn much less than men in the same jobs. This means that economic oppression is mostly directed towards working class women. They will have to learn that protesting only against ban of abortion is not enough.

ICP: During the protests hundreds of thousand of women participated in a strike against the law. Which organizations actually organized and led the strike? Did the communists play a role in the strike and protests? What was the political appeal of the Communist Party of Poland?

KPP: It was organized mainly by the feminist groups. Most of participants were non-partisans of which some were liberals and social-democrats. Members of the CPP were also present at demonstrations.

We associate our general approach to social issues with the class perspective. Communists must remind that ban of abortion has its direct links with class antagonisms as well as social aspects. The struggle for access to right to abortion must be linked with struggle for education, healthcare or help for the disabled. We are opposing thesis of the liberal media on the need of the “democratic coalition” of all forces that oppose conservatism. Many liberals are also responsible for the present situation, giving privileges to the catholic church and abortion “compromise”. They caused situation in which women are badly paid.

ICP: After the parliament's rejection, the ruling Law and Justice Party is said to have announced to bring a similar legislation. Do you think that right wing politicians will further force to ban abortion? Could this trigger a deeper crisis of the counter revolutionary regulations and policies?

KPP: It became the first defeat of the ruling party, which they had to retreat because of mass protests. Now Law and Justice Party is trying to play its political games to satisfy both sides of the conflict – on one side majority of the population opposing ban of the abortion, and on the other, the catholic church and its traditional right-wing electorate. They will try to impose ban of abortion by different ways or at least make it more difficult and less accessible. It may cause the decrease of support for the Law and Justice Party but the elections will be held in 3 years time. Many things may change until that date. New protests seem to be very probable, however a lot depends how they will be organised.