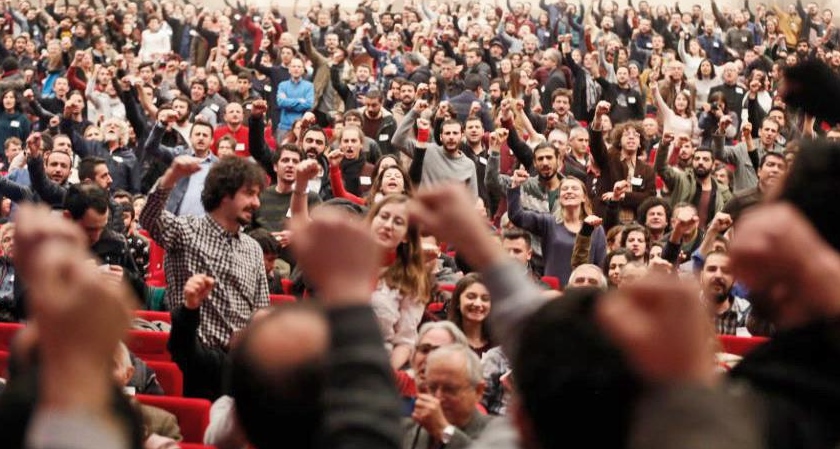 Communist Youth Organizations all around Europe announce solidarity with their comrades struggling under harsh conditions.

Solidarity with our comrades encountering a harsh anti-communist campaign

Capitalism tries to postpone and hide its inevitable crisis via political maneuvers. The current global tendency toward anti-popular policies finds its explanation this way. While imperialism stimulates wars and miseries related to war through its bloody and hypocrite foreign policies, governments recklessly develop anti-communist campaigns in their domestic policies.

Because they are aware of the deep deadlock in which capitalism finds itself, they have no other choice than trying to oppress the only alternative, which is socialism. We condemn the reactionist attacks that our comrades suffer in Poland, Ukraine, Serbia, Russia, Bulgaria, Lithuania and many other countries in Europe. We express our solidarity with our comrades struggling under difficult conditions on the centenary of the Great October Socialist Revolution. Socialism will win!

Youth of the KPP - Poland