'We honour the invaluable contributions of Marx ' 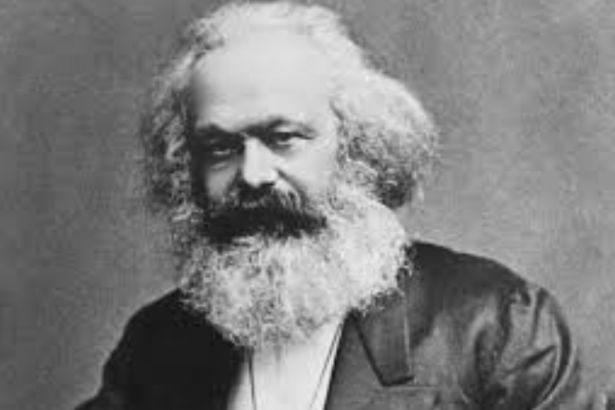 The European Communist Initiative released a statement to commemorate the 200th birthday of Karl Marx.

The European Communist Initiative which is formed by the communist and workers’ parties from Europe including the Communist Party of Turkey has released a statement to commemorate the 200th birthday of Marx. Referring to the 11th thesis in the introduction, the statement reminded of the decisive contributions of Marxist worldview as well to the economic, political and philosophical thought of humanity.

Although it has been a target of uncountable opportunist and bourgeois distortions, the statement underlined that Marx’s work remains intact and continues to play an irreplaceable role in the development of class struggle. The members parties of the European Communist Initiative honoured Karl Marx and his invaluable contributions to ongoing class struggle.

Below is the full text:

"For the 200 years since the birth of Karl Marx

‘’ The philosophers have only interpreted the world in various ways; the point, however, is to change it”.

200 years ago, οn May 5th1818, in the city of Trier of Prussia, the great revolutionary Karl Marx was born. Marx had a decisive contribution to the foundation of the revolutionary worldview of the working class as well to the economic, political and philosophical thought of humanity. He was connected with Friedrich Engels and with their decisive contribution they played a key role in the first revolutionary groups of Paris. He consistently fought against various petty bourgeois theories on socialism that were dominant in that period. Following his deportation to Brussels in 1845, he joined the “Communist League” along with Engels and participated in its 2nd Congress where they played a vital role in the adoption of revolutionary positions. Commissioned by the Congress they wrote the famous and unparalleled work “The Communist Manifesto”, which was published in February 1848.

In this work the consistent materialism that concerns every aspect of social life is ingeniously explained, as the most complete and deep teaching of evolution, driven by the theory of class struggle. This was the first time that the vanguard revolutionary role of the working class as the founder of the new communist society was determined and presented based on the conclusion that “the history of all hitherto existing society is the history of class struggles” that “necessarily lead to the dictatorship of the proletariat” which “is only the passage to the abolition of all classes and a non-class society”.

Marx developed his materialist theory in a series of historical strategic positions of the world communist movement, focusing mainly on the study of Political Economy. Marx revolutionized this science in his works “Critique of Political Economy” (1859) as of course in “Capital” (its first volume was published in 1867) which analyses the capitalist exploitative system, its economic function and constitutes a unique work for the world proletariat as well as an important contribution to the scientific documentation of the exploitation of man by man, amongst other things, with the analysis of the concept of surplus value.

Following the revolutionary events in 1848, he was deported to Germany, France, and finally settled in London. There, he played a leading role in the “International Working Mens’ Association” writing its programme and a series of resolutions uniting in practice the workers’ movement of various countries in an period characterised by the revolutionary upsurge of the proletariat and the foundation of mass socialist workers’ parties, a period which was marked by the famous Paris Commune in 1871.

The unparalleled works of Marx as well as those of Engels and Lenin constitute the Marxist-Leninist worldview. They have inspired and guided the working class in order to fulfil its revolutionary mission, to overthrow capitalism and construct the socialist communist society. Marx’s work, although it has been on the receiving end of uncountable opportunist and bourgeois distortions and every kind of deformation in the name of Marxism until today, remains intact and continues to play an irreplaceable role in the development of class struggle.

The Parties of the European Communist Initiative honour Karl Marx and his invaluable contribution by continuing the struggle in their countries in order for Marxism-Leninism to win the workers’ and people’s consciousness. We continue the ideological political confrontation with bourgeois and opportunist theories, we substantiate with our Marxist-Leninist worldview and our activity the need for  the working class to emancipate itself and in alliance with the other poor popular strata to overthrow bourgeois power, capitalist barbarity and construct the new world, socialism-communism. With faith and commitment, with revolutionary optimism we struggle everyday responding to the timely internationalist calling: PROLETARIANS OF ALL COUNTRIES UNITE!

The Secretariat of the European Communist initiative"