Solidarity with the people of Sudan and the Sudanese CP 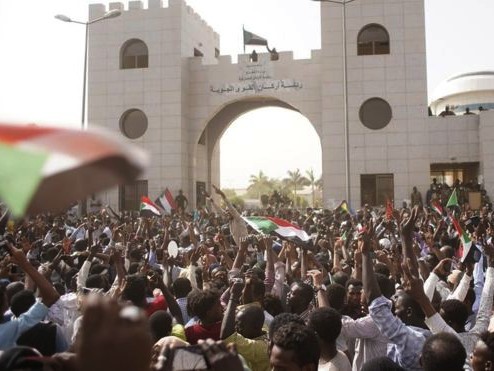 "As the Communist and workers' parties, we express our support and our solidarity towards the struggle of the Sudanese people against the military junta regime, for democratic and social rights.

They condemn the murderous repressive reprisal of the regime against the massive peaceful demonstrations sweeping the country, killing dozens of protesters, wounding hundreds of others.

The junta of Sudan, which is supported by the imperialist organizations of the World Bank and the IMF, as well as from various capitalist countries internationally and in the region, has led the vast majority of the population to live a life of misery, hunger and poverty. At the same time, it continues to support the invasion of Yemen by Saudi Arabia with military troops.

Our parties condemn these anti-people choices of the junta and well as the violence that it has unleashed against the working class and popular strata of the country; we express the solidarity of communists towards the people of Sudan and the Sudanese Communist Party."

The text is undersigned by the parties listed below.