PSL and Tudeh on Trump's withdrawal from the Iran nuclear deal 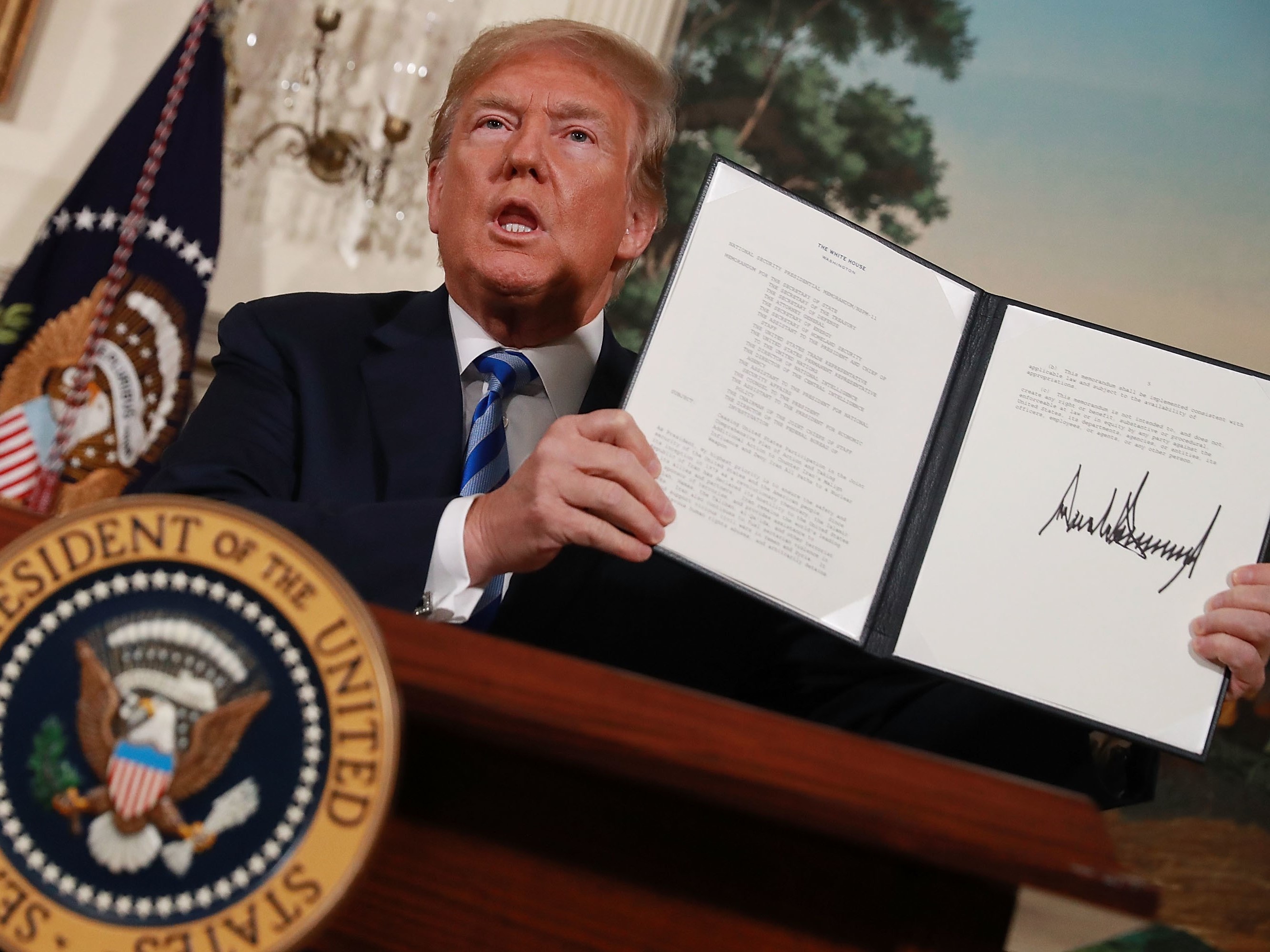 The Party for Socialism and Liberation from the US and the Tudeh Party of Iran treat the intensifying tension between two countries.

On May 8, US President Donald Trump declared his decision to withdraw his country from the Joint Comprehensive Plan of Action, the Iran nuclear deal signed in 2015. Trump defined the deal as "a horrible one-sided deal that should have never, ever been made" and justified his decision with arguments about Iran's "malign behavior in the region" and her involvement in terrorist activities.
The Party for Socialism and Liberation (PSL) condemns this illegal withdrawal and considers this move to be a "dangerous step towards the escalation of U.S. hostility towards Iran and its war-mongering interventionist policies in the Middle East." Denying President Trump's arguments, the PSL puts forward that the greatest danger to humanity today is Washington, D.C. Revealing the intentions of the U.S. ruling class for returning Iran into its neo-colonial status as "a country effectively run by Washington through its client, the Shah", the PSL declares its support for the right of self-determination for Iran, and all other nations oppressed by imperialism.
See the link for the statement of the PSL.
In its statement released on the 1st of May, the Central Committee of the Tudeh Party of Iran sums up the recent developments such as appointment of neo-con figures like Mike Pompeo and John Bolton in the US administration, Israel's missile attacks in Syria, Benyamin Netanyahu's false claims about Iran's nuclear program and Trump's already-expressed determination to declare his country's withdrawal from the nuclear deal. The statement comes up with the conclusion that the risk of a military conflict between Iran and Israel is now higher than ever. The Tudeh Party warns its compatriots about "a very serious and urgent threat of catastrophic military conflicts" and criticizes at the same time both the "foreign-allied, anti-people, so-called opposition" and the provocative remarks of some figures of the Iranian theocratic regime. The Party calls on all the patriotic and peace-loving forces of Iran and the world to organize and mobilize in order to prevent another disastrous and destructive war in the region.
See the link for the statement of the Tudeh Party.
Tweet