'NO to imperialist aggression and wars, NO to NATO, NO to capitalism' 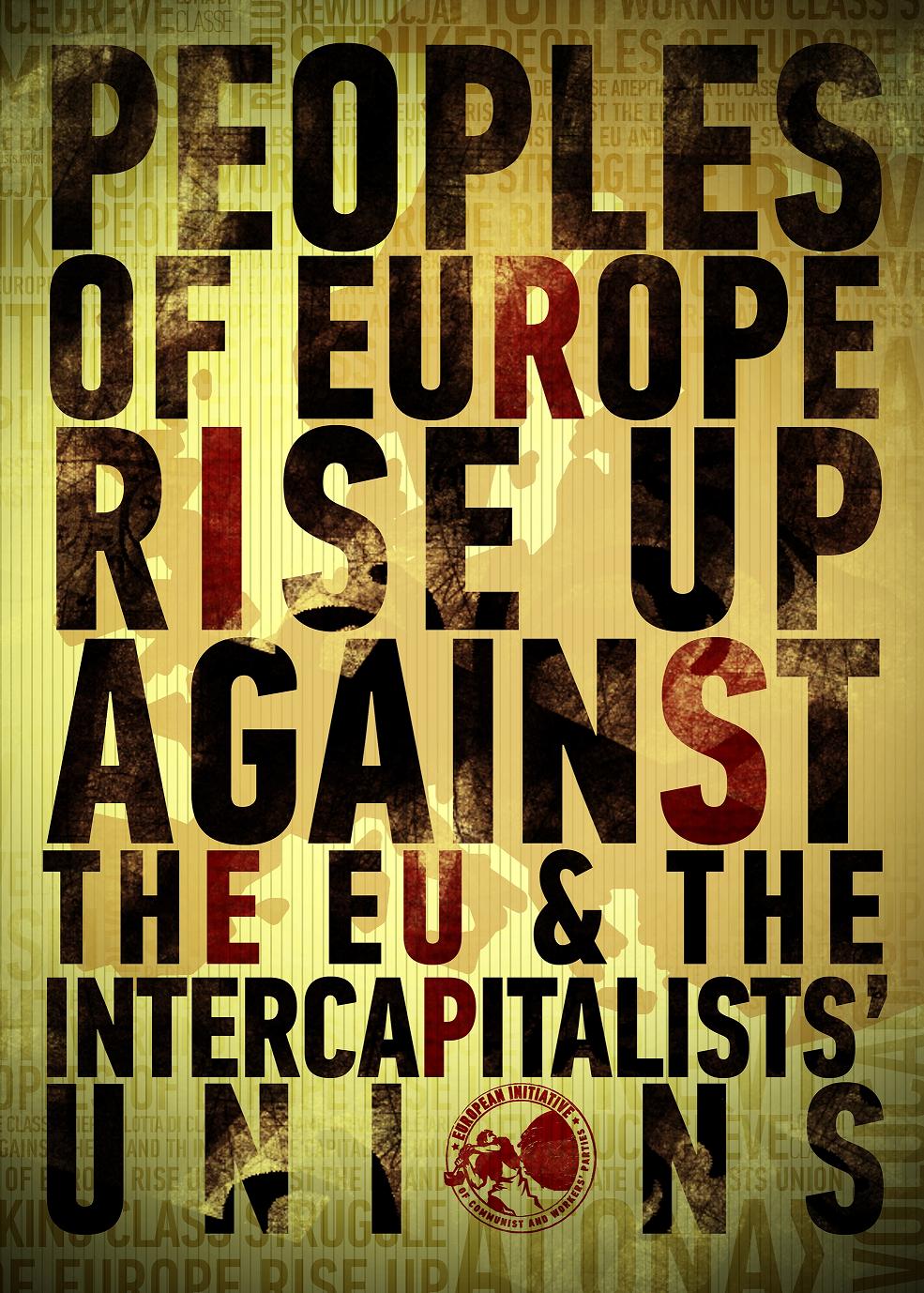 The NATO summit was held in Warsaw with the main topics of the relations with Russia; the interventions against ISIS and the Brexit agenda. During the summit, a joint declaration by the President of the European Council, the President of the European Commission, and the Secretary General of the North Atlantic Treaty Organization, indicating a strategic partnership between the EU and the NATO was released.

The Communist and Workers' Parties, participating in the European Communist Initiative released a common statement which expressed their "rejection of NATO and the new aggressive plans to be accepted by the NATO summit in Warsaw on 8-9 July 2016".

"We say NO to imperialist aggression and wars, NO to NATO, NO to capitalism

We, the Communist and Workers' Parties, which participate in the European Communist Initiative, express our firm rejection of NATO and the new aggressive plans to be accepted by the NATO summit in Warsaw on 8-9 July 2016.

We say No to NATO

NATO has a permanent military presence in Central and Eastern Europe. The Polish government insists on establishing permanent NATO bases in Poland and building a new Missile Defense Shield in the country.

NATO spreads its activity in the Aegean Sea and is expanding all over the world.

NATO is urging all member states to rise its military spending to at least 2% of GDP and plans to invite new members to the imperialist alliance.

NATO supports the pro-fascist, nationalist regime of Ukraine. The leading circles of NATO countries overlook the fact that Ukraine does not fulfill the Minsk-agreements. They pardon the Ukrainian regime for the ban on the activity of communist forces in the country.

We protest against NATO’s aggressive plans to bring its troops and modern armaments nearer and nearer to Russia, escalating the competition and creating conditions that could lead to a generalized war in Europe at the expense of the peoples.

We protest against NATO’s plans to apply new systems of weapons and to intensify the arms race, to spend much more on military aims, transferring funds from welfare, healthcare and education to serve the preparation of imperialist wars and interventions.

We denounce the imperialist wars and interventions

NATO has direct responsibility for recent wars against the peoples, for the dangerous situation that has been formed in many regions of the planet.

The wars raged by the imperialist powers in Afghanistan, Iraq, Syria and Libya have left hundreds of thousands dead and injured; destroyed these countries’ infrastructure and worsened the lives of millions of workers.

Millions of people have been forced to become refugees and flee their homes in search of a safe place for them and their families to live.

Murderous terrorist organizations have been created and backed with support of the imperialists, a terrible legacy of the military conflicts.

We say NO to the exploitative capitalist system

The capitalist system cannot ensure peace; it gives rise to crises, poverty and wars, it turns against the peoples.

We, the Communist and Workers’ Parties that participate in the “Initiative” call on the workers and all working people:

· To strengthen our struggle against the participation of our countries in the plans of the imperialist powers.

· To strengthen our solidarity with the peoples that face imperialist interventions.

· To strengthen our struggle against the monopolies, capitalism and the bourgeois states, which cause the imperialist interventions and wars.

· To support the anti-imperialist, peace and anti-war movements in Europe to strengthen the struggle against the aggressive NATO-plans.

· To organize in our countries 8 July 2016 protests in front of the embassies of the USA and Poland.

· To use all our media-resources to inform the peoples and to raise our voice!

No to imperialist wars and aggression! No to NATO! No to capitalism"