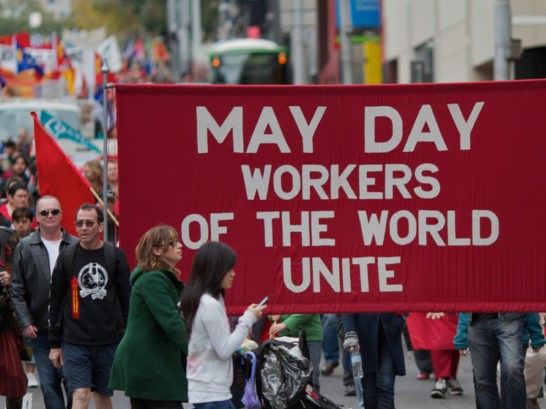 On 1st of May millions from all around the world gathered in order to honour the International Workers' Day.

May Day 2018 has been a glorious day of struggle in many countries. Millions of working people from all around the world gathered in order to honour the International Workers' Day. Below you can find a list compiling May Day celebrations from different countries. 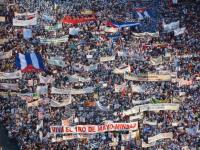 Nearly a million of people were in Plaza de la Revolución of Havana under the banner of "Unity, Commitment and Victory". Recently-elected President Miguel Diaz-Canel and the First Secretary of the Communist Party of Cuba Raul Castro watched the meeting together. See the link for the photos of this massive spectacular mobilization. 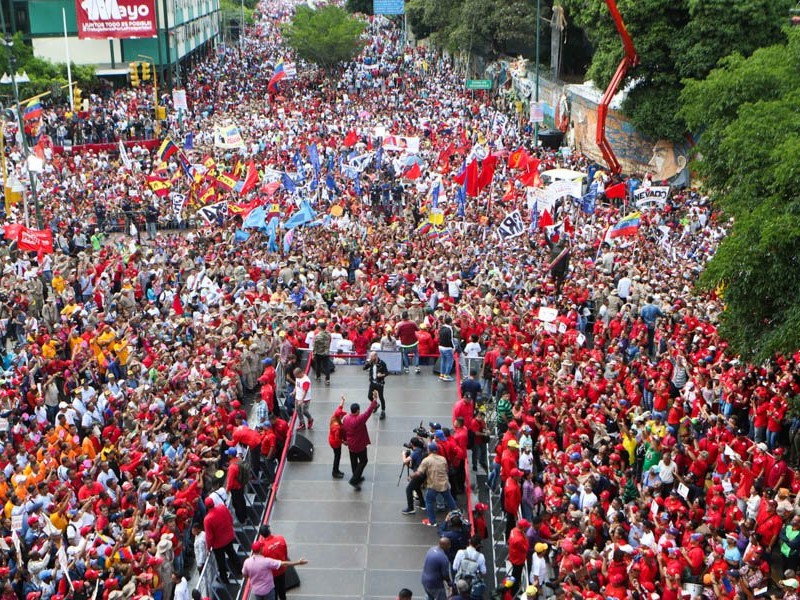 Awaiting pesidential elections on May 20, hundreds of thousands of people marched through Caracas's streets for the May Day, where President Maduro declared an exclusive increase in
wages. The Communist Party of Venezuela attended the May Day demonstrations under the slogan "against imperialism, for the rights of the working people". In Russia, more than 3 millions of people were gathered in more than 500 public meetings all around the country. See the link for the photos from the event organized by the Communist Party of the Russian Federation in Moscow. 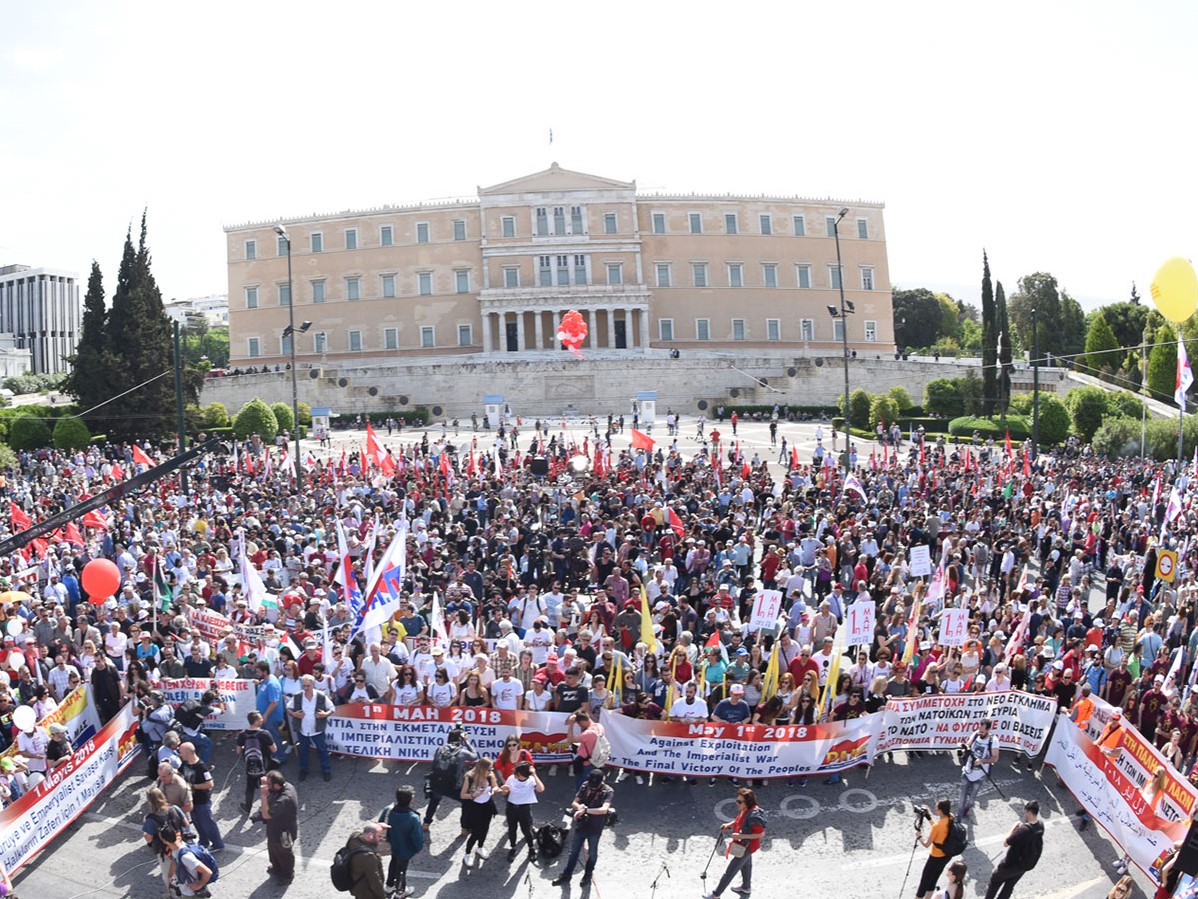 Thousands got together at Syntagma Square of Athens in respect to the call of the All-Workers Militant Front "against exploitation and the imperialist war, for the people's final victory". See the link for the photos of this spectacular mobilization initiated by the Communist Party of Greece. 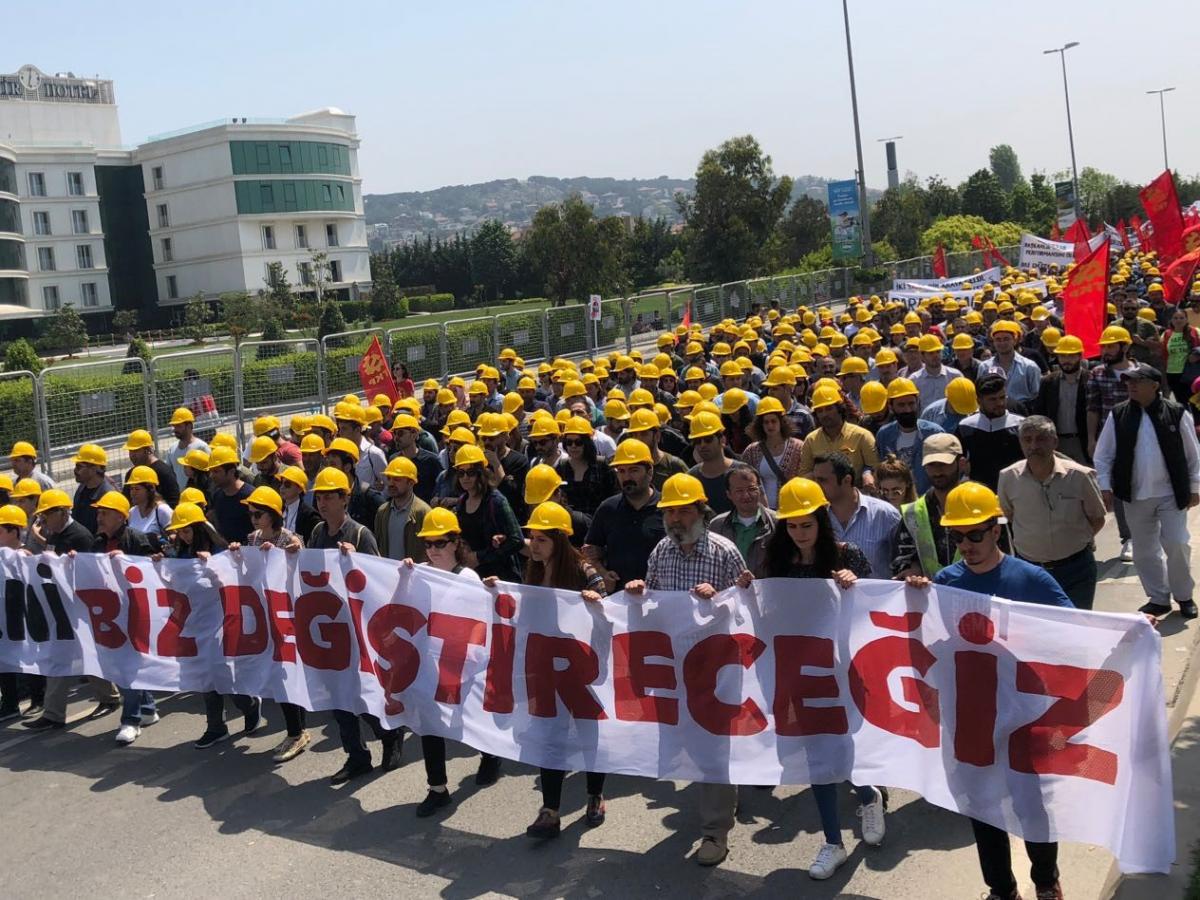 The main May Day event in Turkey was held in Maltepe district of İstanbul. The Communist Party of Turkey attended the May Day demonstrations with crowded masses mobilized under the slogan "This social order must change". See the link for photos. 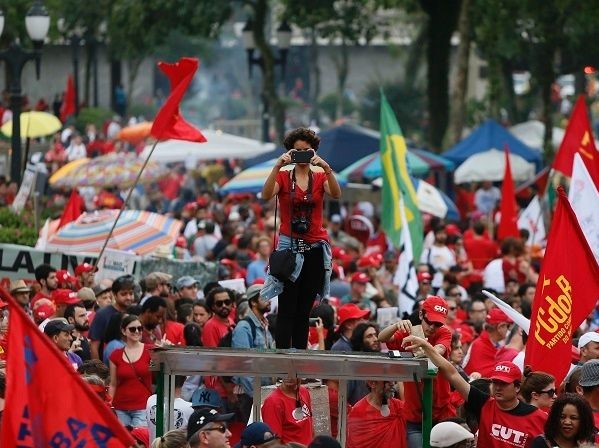 The counter-reforms against social rights of the workers, Lula da Silva's imprisonment and the upcoming elections were among the subjects treated in May Day demonstrations in Brazil. The Communist Party of Brazil promoted the demand for Lula's freedom during the manifestations. The Brazilian Communist Party concentrated its participation in the demonstrations in the city of Fortaleza in the occasion of the national congress of the trade union "Unidade Classista". In Mexico, where presidential elections will take place in July, homicide incidents have gained a serious rate. On the 1st of May, the Communist Party of Mexico marched "for the working class, for socialism". They expressed that no matter which of the candidates becomes victorious, Mexican workers will lose if they do not get organized. 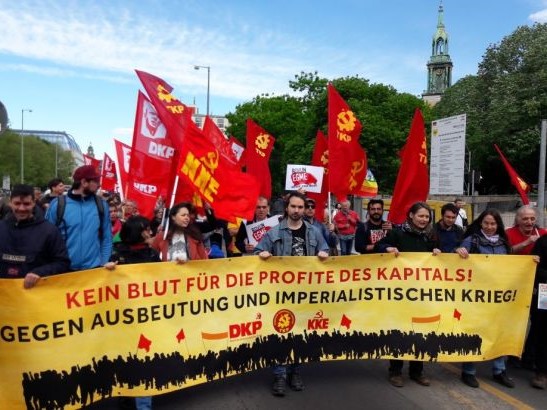 May Day demonstrations in Germany were held under the slogan "Solidarity - Diversity - Justice". The German Communist Party promoted the slogan "No blood for capitalists' profits! Against exploitation and imperialist war!" with comrades from the Communist Parties of Greece and Turkey. 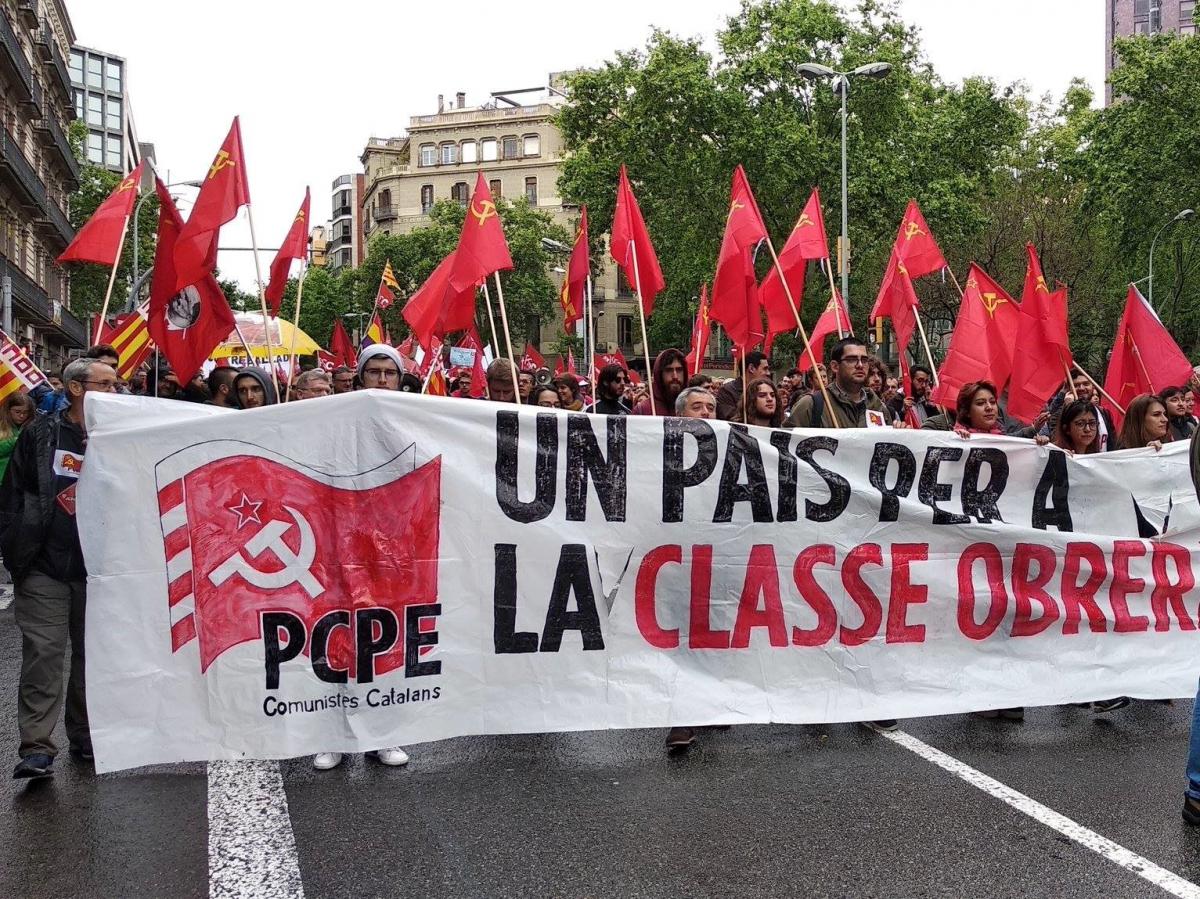 In Italy, the Communist Party marched under the slogan "Power to those who work!" General Secretary Marco Rizzo delivered a speech in Torino, where he underlined the need to reconstruct the class consciousness and to organize the struggle for the future. 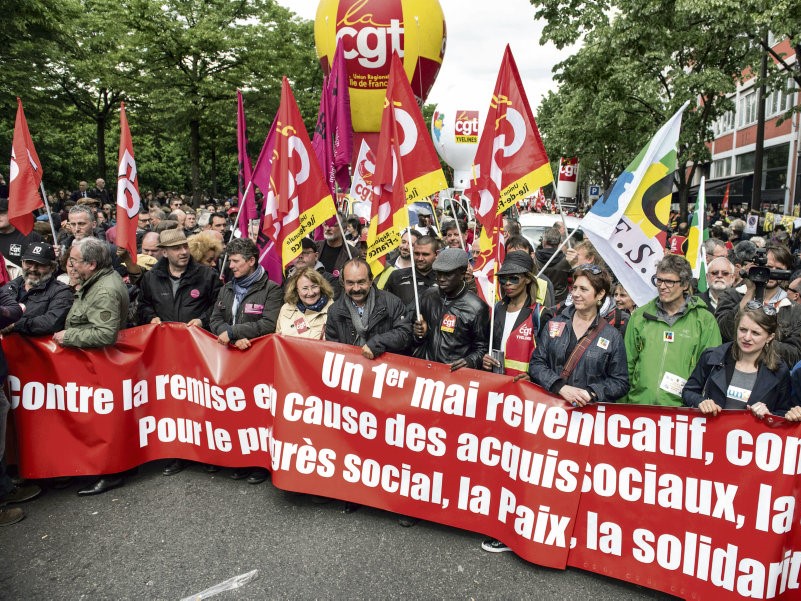 In France, mobilizations targeted the counter-reforms of President Macron and the 50th anniversary of May '68 made a positive effect on the participation. According to an article published in L'Humanité, organ of the French Communist Party, 55 000 people were gathered in Paris. The Pole of Communist Renaissance in France called for "drawing lessons from May '68 in order to gain the victory for the workers" while the youth of the Revolutionary Communist Party of France considered the May Day as an occasion for "intensifying struggles and preparing the revolution". 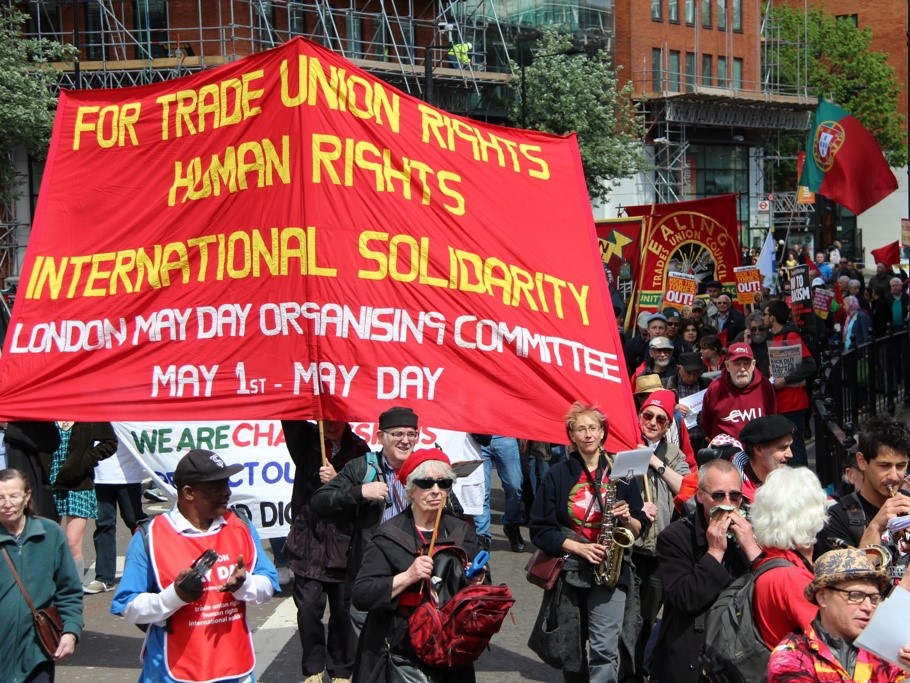 Thousands of demonstrators gathered in central London on May Day. According to an article appeared in the Morning Star, daily newspaper of the Communist Party of Britain, many expressed anger at the Windrush scandal, that forced the resignation of home secretary Amber Rudd. The Communist Party of Great Britain - Marxist Leninist emphasized the urgent need to reclaim the British working-class movement for socialism. In the USA, where President Trump's anti-people policies provoke serious discontent among people, determined strikes were carried out in Arizona, West Virginia, Kentucky and Oklahoma under the slogan "RedForEd". On May Day 2018, immigrants' participation in demonstrations was prominent. The Party for Socialism and Liberation supported the ongoing struggles and demanded full rights for all immigrants. The Communist Party of Canada marched in Toronto under the banner "Unite against capitalism, imperialims and settler-colonialism". The Party expressed solidarity with the countries threatened by the US and its NATO allies.