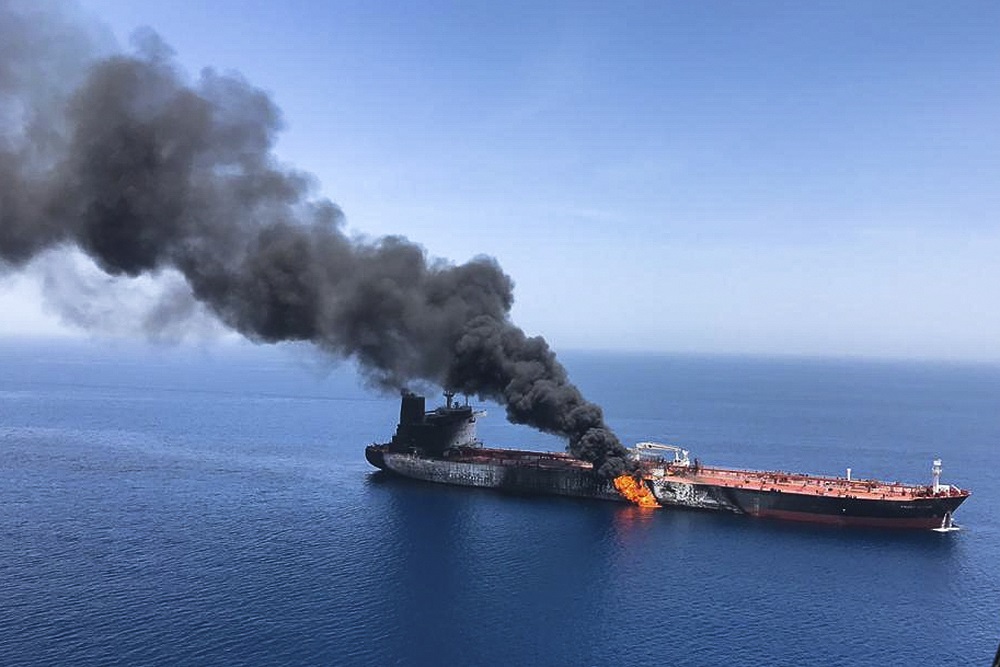 Joint statement on the recent developments in the Persian Gulf.
ICP, 19 June 2019
The Communist and Workers' Parties listed at the end expressed their grave concern about the recent developments in the Persian Gulf which pose significant threats to world peace. The Parties recall the decision of the Trump administration in May 2018 to take the USA out of the 2015 Joint Comprehensive Plan of Action (JCPoA) agreement with Iran. They strongly condemn the US administration and its hawkish representatives such as Mike Pompeo and John Bolton for initiating the rising tension and threats of military action on Iran, as well as the use of economic sanctions as a means of starving the people of Iran into submission. According to the statement, these actions are having a disastrous impact upon the continuing struggle of the Iranian people for peace, sovereignty and social justice, as well as for human and democratic rights.
It is noted that if the current escalation of aggression by the US and its allies in the Middle East is not curtailed and reversed, the potential for a new and disastrous war, with unpredictable consequences for peace and stability in the region and globally, is real and enormous. The undersigned Parties called upon the peace-loving forces of the world to work in unison to promote détente and denounce foreign intervention in Iran’s domestic affairs.
"The future of Iran and its political system is a matter that should be determined by the Iranian people and them alone. The communist and workers parties, together with all progressive forces in Iran, reject foreign intervention in their country under any pretext.

They call on all forces campaigning for peace and disarmament globally to condemn the US administration and its Saudi and Israeli allies’ politics of confrontation with the Islamic Republic of Iran in contravention of the UN Charter.

We say No to Sanctions and No to War on Iran."