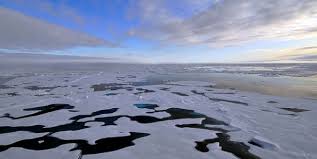 Communist Parties of the High North Countries, Russian Federation, Canada and the USA published a joint “Arctic Initiative” requiring a change in the recent politics, capitalist exploitation, imperialist wars and fascism on 1st November in Istanbul during the 17th International Meeting of the Communist and Workers' Parties (IMCWP).

The signatory Parties expressed that: "Instead of more NATO led collaboration and militarization Arctic area communist parties call for a different development, peaceful collaboration and ecologically sustainable plans how to use the natural resources in the Arctic’s".

The full text of the declaration and the signatory Parties are as follows:

We the communists in high North share common need to strengthen the struggle of the working class against capitalist exploitation, imperialist wars and fascism, for workers’ and peoples’ emancipation, for socialism.

We struggle in different conditions. Neoliberal politics has a global plan of action. Publicly produced and owned services are competing with private sector business politics. In all our countries communists are working for stronger working class rights and better public services.

We share common worrying about the state of Arctic nature which is especially vulnerable. Growing mining industry, drilling oil and gas has a plan to maximize business profits in cost of nature. Capitalist exploitation in the Arctic means increasing actions with extremely high risks of nature catastrophes and trampling down the basic rights of the aboriginal people.

We are extremely worried because of the growing military activities of the NATO in the Arctic. NATO aims to incorporate all the Nordic countries into its military exercises, membership and into the campaign of building up image of Russia as the next possible war enemy.

Instead of the military confrontation and exploitation of the nature in the Arctic we require strengthening peaceful collaboration, development and ecologically sustainable plans how to use the Arctic natural resources.

Communist Party of the USA (CPUSA)"