Communist and workers' parties of the world discuss struggle against imperialism 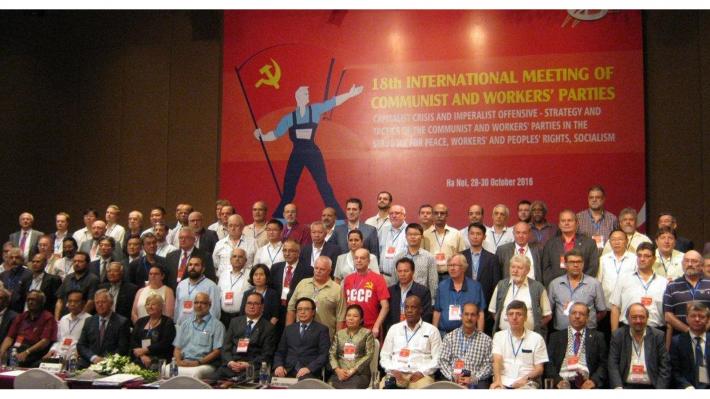 18th of the International Meeting of Communist and Workers' Parties (IMCWP) started at Hanoi, Vietnam on 28th October.

18th of the International Meeting of Communist and Workers' Parties (IMCWP) which will be held at Hanoi between 28-30 October is hosted by Communist Party of Vietnam. The theme of the meeting will be:

“Capitalist crisis and imperialist offensive - Strategy and tactics of the Communist and Workers’ Parties in the struggle for peace, workers’ and peoples’ rights, socialism.”

18th IMCWP started on Friday 28th October, with the singing of the Internationale and proceeded with the presentations of the delegates. There are 108 delegates of 58 parties from 47 countries participating the meeting.  The delegates are invited to a dinner at  the General Secretariat of the Communist Party of Vietnam on the second evening.

On the preceding two days to the 18th IMCWP, the Working Group (WG) meetings were held at Hanoi. The WG decided the 19th of the IMCWP to be held in Russia next year, on the account of the 100th anniversary of the October Revolution.