Communist and workers’ parties in solidarity with Iranian people 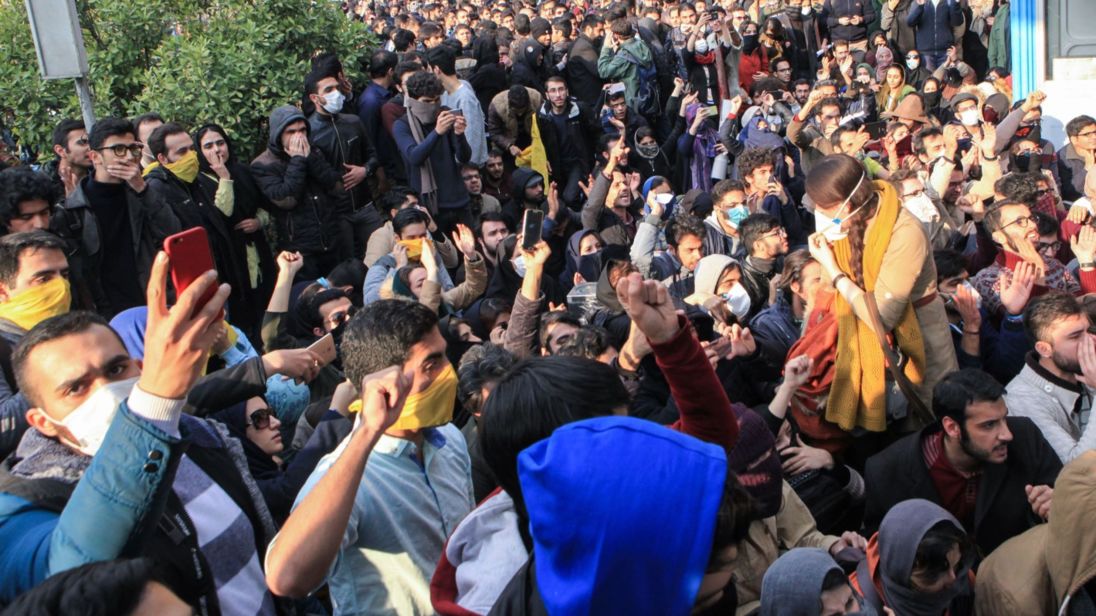 A joint declaration by communist and workers’ parties expressed solidarity with the Iranian people and the need to stand against any foreign intervention in Iran. (updated signatories)

The protests of tens of thousands in Iran against the policies of the theocratic regime weeks ago faced the the brutality of the security forces. Following the uprising, the regime started a harsh wave of persecution against the protestors to intimidate the anger against the regime, especially using 'foreign meddling' as a pretext.

A common appeal of communist and workers’ parties was issued on 19 January with the title, ‘We stand in solidarity with Iranian people, and against any foreign intervention in the internal affairs of Iran’. The parties signing the appeal are being updated.

The declaration is as follows:

The Communist and Workers’ parties that sign this statement have followed with concern the recent developments in Iran where tens of thousands of people in many towns and cities across Iran protested against the policies of the autocratic regime.

The protests were against the destructive economic policies of the regime, its brutal violation of human and democratic rights and disregard for the ILO conventions regarding workers’ rights and its widespread corruption. Young people have been the main victims of the regime’s policies, including more than five million unemployed graduates. Those who came out were predominantly young and from poor working class districts demanding fundamental economic, social and cultural change – jobs, a living wage, dignity, respect and justice.

We have received credible reports about brutal tactics used by the security forces and the regime’s paramilitary militia to violently break up these mainly peaceful demonstrations by ordinary people.  At least 20 demonstrators have been killed and more than 3700 people arrested and taken into custody.  The security forces have raided and occupied university campuses in different parts of the country to stop the student movement from joining the protests.  A significant number of university students not involved in any protest demonstration were arrested at home or on the campuses of their universities.  The authorities have claimed that this illegal measure is “preventative”.

The people of Iran and their progressive forces have repeatedly and resolutely stated that, based on their own history and experience of recent tragedies in the Middle East, they reject any outside intervention in the internal affairs of Iran under any pretext whatsoever and believe that the future of Iran should be decided only by the Iranian people themselves.

We believe that the realisation of the demands of the protesters for peace, progress and social justice is the best guarantee for Iran’s independence and for genuine popular sovereignty.  This is the only sure way to guard against foreign interference in the internal affairs of the country and for the Iranian people to stand firm and united against the machinations of US imperialism and its allies, in particular the Israeli government and the reactionary regimes in Saudi Arabia and other Persian Gulf States.

The Communist and Workers’ parties co-signing this statement of support for the struggle of the Iranian people for peace, progress and social justice are united in:

Condemning the use of repressive measures against civilian protesters which have resulted in at least 22 deaths and the arrest of thousands of protesters and activists.

Demanding that the authorities publish a list of names of all those arrested during the protest demonstrations and where they are being held, and immediately release all those detained by the security forces.

Requesting that all those held are guaranteed access to legal representation of their own choosing.

Demanding an end to the use of all forms of torture.

Demanding the removal of all military and security units from university campuses.

Supporting the demands of the protesters for an end to privatisation, unemployment and corruption - all outcomes of the neoliberal-driven austerity policies of the regime.

Rejecting any foreign intervention whatsoever in the internal affairs of Iran and emphasizing that the future of Iran should be decided by the Iranian people themselves alone.