Common appeal for release of leaders of the CP of Sudan 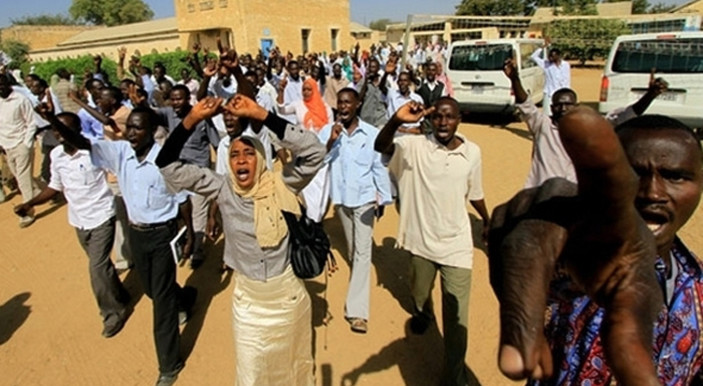 Common appeal by communist and workers' parties in solidarity with the working people of Sudan demanding the immedate release of the leaders of the CP of Sudan and all political detainees.

The persecutions by the government of Sudan towards the political opposition including leaders of the CP of Sudan, which had mobilised the people against economic conditions, meets  international reaction by communist and workers’ parties in solidarity with the people of Sudan.

Following the call of the CP of Sudan, a common appeal was issued on January 23, signed by many communist and workers' parties. While the appeal urges for the release of leaders of the CP of Sudan and all political detainees, the signataries of the appeal are being updated.

The appeal is as follows:

The Communist and Workers’ parties that sign this statement have received verified information that in the past few days Comrade Mohamed Mokhtar Al-Khatieb, the Political Secretary of the Sudanese Communist Party, and a number of members of the Central Committee and leading cadres of the SCP have been arrested by the security forces of the regime. The party leadership was attacked following a successful mass demonstration in center of the capital Khartoum on Tuesday 16 January 2018 protesting against the rise in the price of bread.

We believe that the health and lives of the detainees of the Sudanese Communist Party are in imminent danger.

The dictatorial regime in Sudan has demonstrated that it will resort to the use of force to prevent the peaceful protesters from practising their constitutional rights  to organise and participate in peaceful demonstration against the regime’s economic policies.

The arrest of the communist leaders in Sudan is coupled with the detention of opposition political leaders and activists, and the confiscation of newspapers, including Almidan, the central organ of the SCP.

The Communist and Workers’ parties co-signing this statement express their support to and solidarity with the struggle of the Sudanese people and workers for peace, democracy and social justice and demand:

The parties that signed the common appeal: