Call for action against the ban of communism in Poland 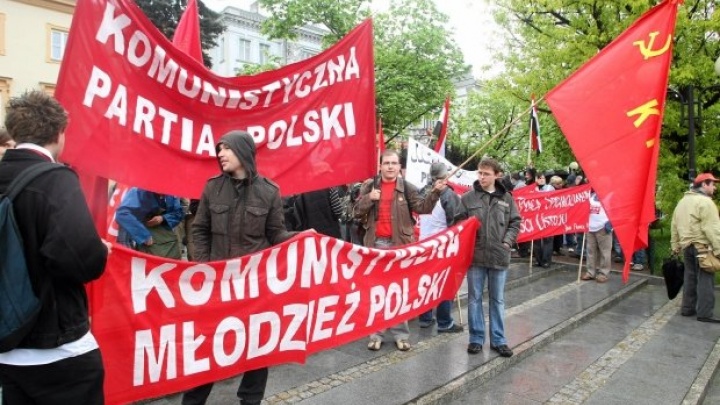 Communist Parties' joint statement against anti-communism in Poland.
ICP, 19 June 2019
In May, just 10 days before the elections to the European Parliament, Polish authorities made remarkable amendments to the penal code, including the ban of communist activity (article 256). Despite the widespread opinion of lawyers that changes of the code violate the constitution and human rights, the Constitutional Court is currently controlled by the judges nominated by the government.
Communist and Workers' Parties oppose the anti-communist initiatives of the Polish Government by revealing the anit-communist motive behind these changes:
"Amended article 256 bans communism and equates it with Nazism and fascism. Previously it penalised the promotion of the „fascist or other totalitarian systems of the state". 10 years ago there was already an attempt to ban the communist symbols with the same article, it was met with internal and international protests and in 2011 it was cancelled by the Constitutional Court. However, in recent years the law was used very widely as shows the history of the trial of the CPP and „Brzask". The new version of the law bans the ideology, symbols or any other contents (prints, recordings), as well as presentation and possession of any symbol of this content. The new code also increases the penalty from 2 to 3 years of imprisonment."
It is certain that this last attempt makes part of the harsh anti-communist campaign in Poland.
"Anti-communist persecution in Poland intensifies as the state authorities attempt to criminalize the communist activity by changes of the penal code. This is an element of the anti-communist campaign aimed at banning the Communist Party of Poland. The legal changes are also a part of the persecution such as a trial of the members of the CPP and the „Brzask" editorial board, lasting for about 3,5 years, despite the fact that the court on January declared them as innocent. At the same time the Polish authorities raise other obstacles to the communist activity as well as falsifying the history and destroying anything connected with communism and the Peoples' Poland."
Communist Parties oppose the anti-communist campaign and penalization of communist ideas in Poland. They demand all the prosecutions against the communists to be stopped immediately

The text is undersigned by the parties listed below.