Zyuganov: 'We will revive the best traditions of the great Soviet epoch' 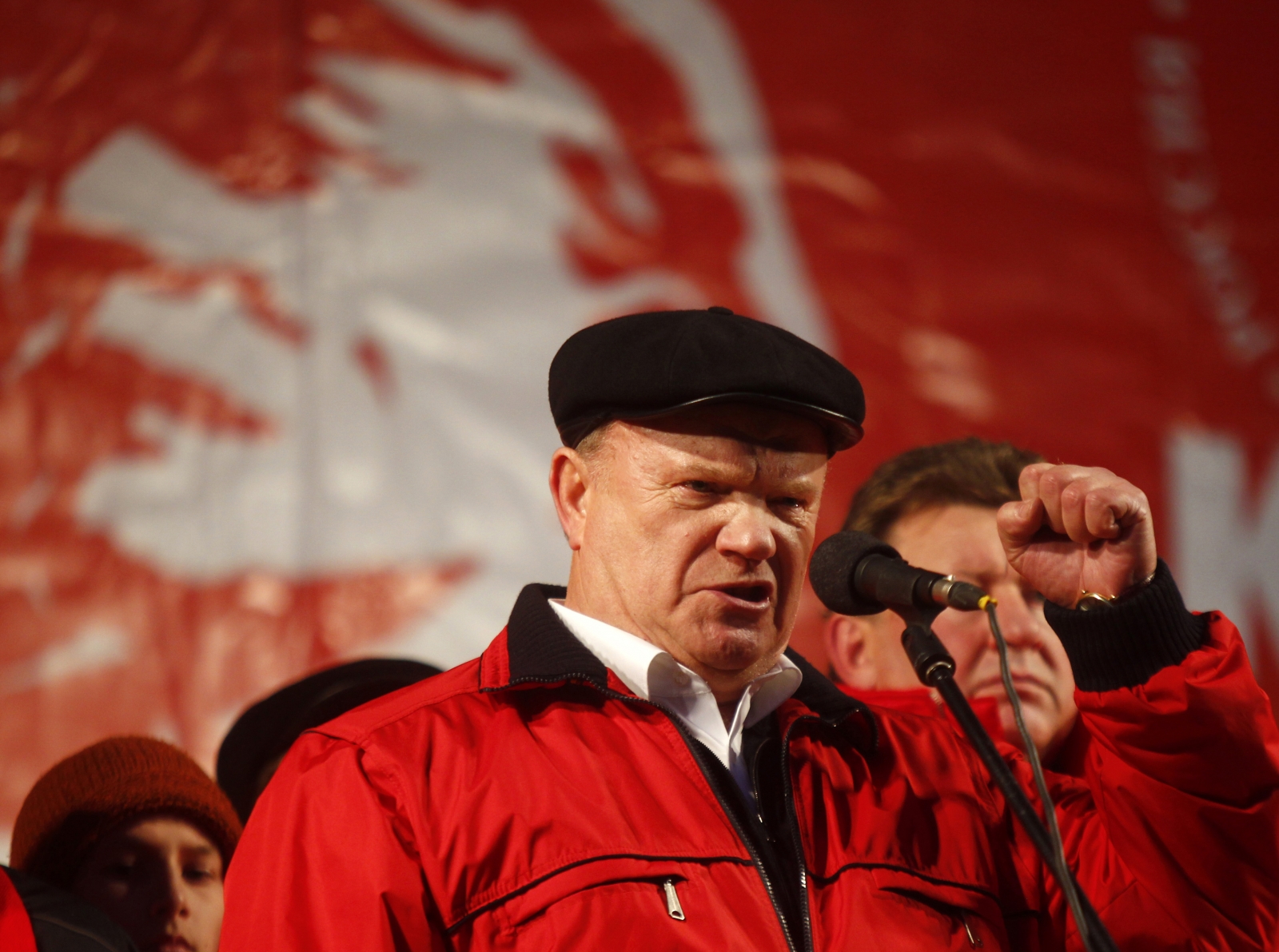 Chair of Central Committee of CPRF Gennady Zyuganov made statements on a TV program themed “Consolidation of the national identity, the civil society and the political power”.

On the eve of State Duma elections of this month in Russia, Communist Party of Russian Federation carries out electoral campaign at full steam. Chair of Central Committee of CPRF Gennady Zyuganov attended a debate on TV channel Russia 1 on September 5th. The subject of the program was “Consolidation of the national identity, the civil society and the political power”.

Zyuganov started his words in the program with an emphasis on the importance of the Soviet era stating that entire world learnt from the Soviet country how to gain a victory, how to break into cosmos, how to treat children, women and old people. As the heirs and having a real program and a strong team, he assumed that the communists could revive the best traditions of the great Soviet times.

In an historical context, Zyuganov defined the four pillars of Russia that had made the country a great power as strong state, high spirituality, a sense of justice and collectivism. Mentioning the achievements of the Soviet Union, he explained how those achievements went in vain and the Soviet power was sacrificed to Yeltsin, something that generated terrible and cruel results.

He noted that the only power that keeps the Soviet experience alive is China with an average growth of 12 percent, approximating the Soviet figure around 16 percent.

Another issue that the CPRF leader remarked was the social split caused by the inequality in a country where a handful of oligarchs owns 90 percent of the national wealth, while 72 out of every 100 people earn less than 15 thousands rubles in a month. Reiterating the claim for political power of the Communist party, which has
an elaborate program and a professional team. He said the country has everything to live in abundance, yet the sources are taken away, mostly to abroad, instead of investing in any production, people or talent.

At the end, Zyuganov warned that in the event that the same course pursued by the government is maintained, Russia will pass through the repetition of 1990's crisis; and he called the voters to join forces and create a counterbalance to this course.