'What is happening in Hungary?' 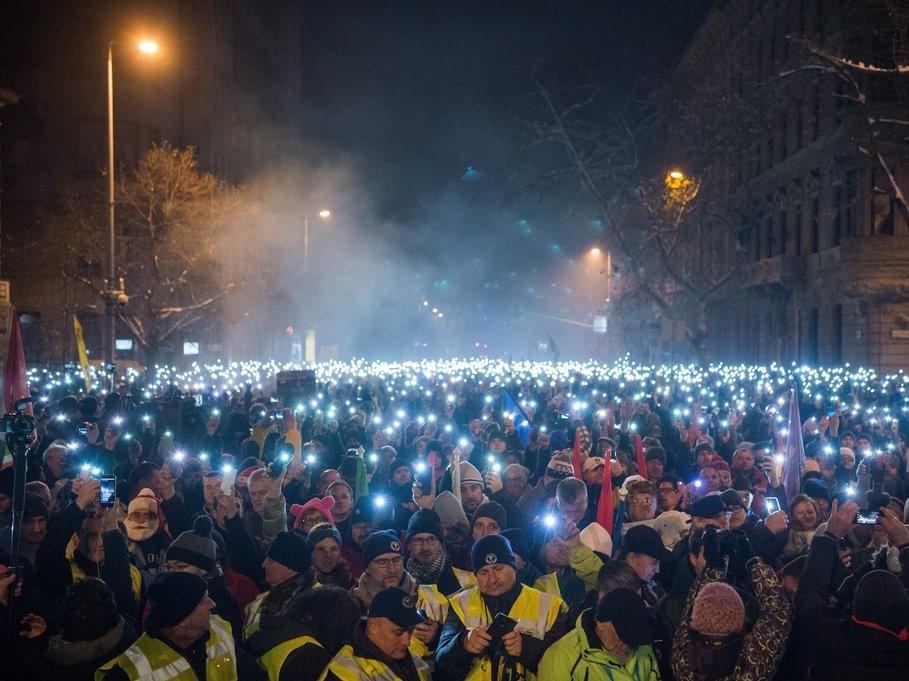 The Hungarian Workers' Party reported on the mobilizations against the amendment in labour code.
ICP, 19 December 2018
In November, Fidesz government of Hungary submitted a draft law for amending the labour code in a way that would allow employers to raise workers' allowable overtime from 250 to 400 hours a year. On December 8, more than 10 thousand people took to the streets of Budapest for protesting the "slavery law." On December 11-12, opposition parties tried to paralyse the voting of the amendment during the parliamentary session. And nowadays it is expected from trade unions to carry out a general strike.
The Hungarian Workers' Party (Munkaspart), issued a statement for clarifying the recent developments and declaring their position. Even if the Party supported the protest of the trade unions on December 8, they state that later liberal parties have encroached on the protest and turned it into "open anti-government actions" with provocations designed for mass violence. Munkaspart underlines that the labour code has not been serving the interests of the workers and working people since 1990 and supposes that the amendment is only a pretext for the liberal parties who are campainging for the European elections through radicalization. According to the evaluation of the Munkaspart, it is not the massive dissatisfaction of the working classes which is behind the events. The Party notes that more than 1000 trade unions operating in 6 confederations totally cover more than 400 thousand people in Hungary and arrives at the conclusion that we cannot speak of a massive protest of the working classes. The Party describes their position as follows: "The Hungarian Workers' Party hasn't taken part in the street actions. It doesn't support the actions of liberal political forces. It wants to avoid a scenario in which the ruling parties – with the pretext of the protests – starts attacking the real anti-capitalist forces, such as the Workers' Party."
See the link for full statement.
Tweet