WFDY camp in Belgrade 20 years after the NATO bombing 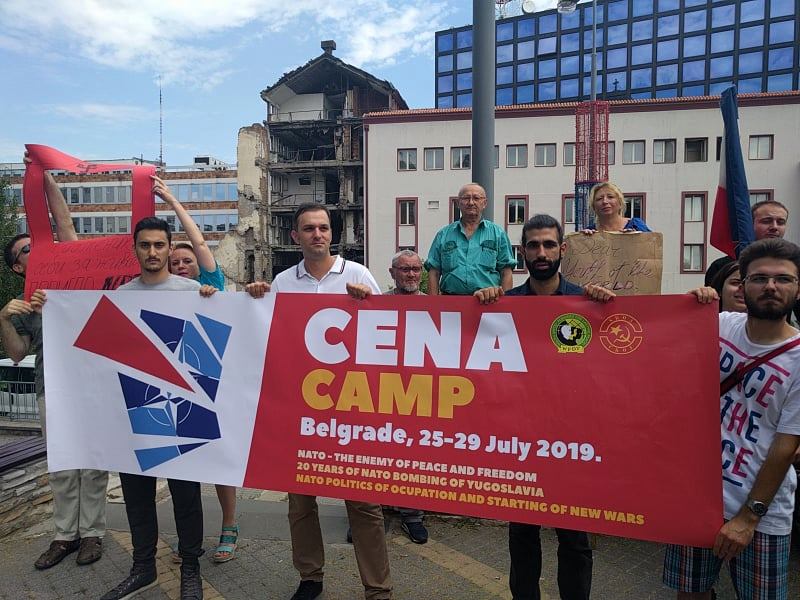 Summer camp of the WFDY CENA took place in Belgrade 20 years after the NATO bombing.

The summer camp organized by the World Federation of Democratic Youth (WFDY) Committee of Europe and North America (CENA) took place in Belgrade between the 26th and 29th of July, 20 years after the NATO bombing. The camp was hosted by the Young Communist League of Yugoslavia (SKOJ) under the slogan, “NATO The Enemy of Peace and Freedom! 20 Years of NATO Bombing Republic of Yugoslavia – NATO Politics of Occupation and Starting New Wars”

17 anti-imperialist organizations participated in the camp. During the camp, organizations shared their experiences on various topics and also treated historical events. A demonstration took place in front of the former Yugoslavian State Television which was bombed and destroyed by NATO during the bombing. A statement was read on behalf of the WFDY, underlining the need for the struggle against imperialism and exposing the crimes of imperialism and precisely NATO.

During the seminars, fruitful discussions were held by the participant organizations. The role and interventions of imperialism were discussed within the framework of the process of the dissolution of Yugoslavia and their current policy on the national question. Organizations pointed out the need for constructing a revolutionary political line between the youth and the working class. As one of the biggest problems created by imperialism, the refugee question was another discussion topic. Organizations stated that a humanly solution to this issue lies in the struggle for a world free of wars and exploitation.

The participant organizations are listed below: