'We will build a free, open, hopeful world' 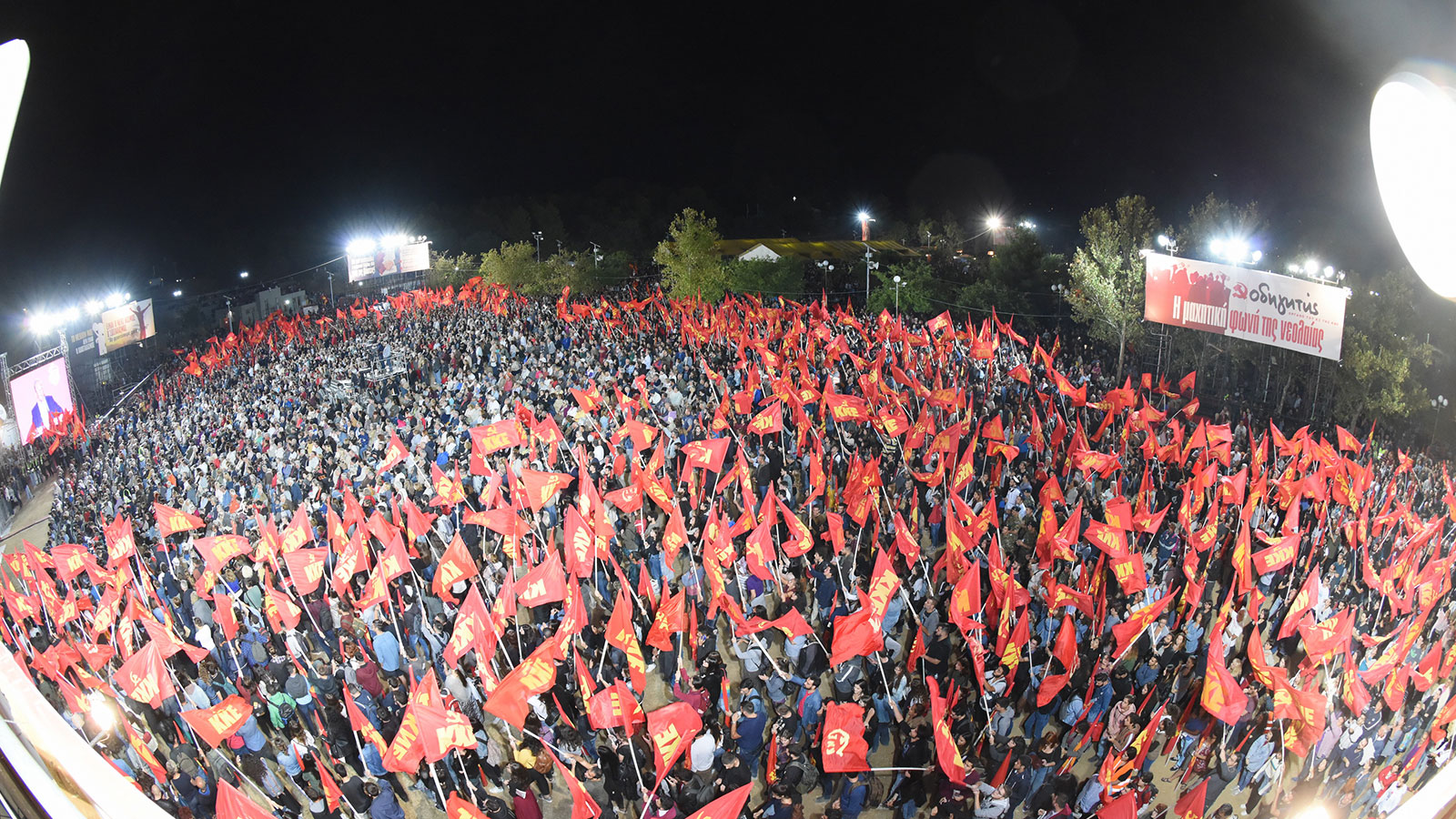 The 45th Festival of the Communist Youth of Greece was held on September 19-21.
ICP, 28 September 2019
The Communist Youth of Greece (KNE) held its 45th Odigitis Festival in Athens on September 19-21. Inspired by legendary communist poet Nazım Hikmet, the main slogan of the Festival was decided as "With the struggles, the dreams and our strength... we will build a free, open, hopeful world.” The centennial of the foundation of the Communist International served as a major theme of the 45th Festival. Communist Youth Organizations invited by the KNE participated in the international seminar dedicated to the 100th anniversary of the founding of the Communist International and the Young Communist International. Participants of the seminar underlined the continuity of the struggle for socialism and the importance of the common struggle of the Communist Youth Organizations.
36 Communist Youth Organizations that participated in the Festival issued a common resolution against the provocative anticommunist resolution of the European Parliament. The organizations condemned the repugnant anticommunist common resolution which they considered unacceptable and unhistorical. The Communist Youth Organizations signing the statement clearly declared that anti-communism and the falsification of History will not pass since the historical truth will crush their lies and provocations.
On the last day of the Festival, following the speech of Nikos Ambatielos (Secretary of the Central Council of the KNE), Dimitris Koutsoumbas, General Secretary of the Central Committee of the Communist Party of Greece (KKE) took the floor. Koutsoumbas described the Festival as "a pole of attraction for young people because when everyone tells them that 'things do not change', the Festival presents a different point of view: with the struggles, the dreams and our strength 'we will build a free, open, hopeful world', Socialism!" He declared that every young person who feels aversion to today's barbarity has their own place in the struggle, looking towards change, towards the new society that we need.
As to Greek politics, the GS stated that the New Democracy has passionately taken over, determined to complete the anti-popular loose ends that SYRIZA left behind. He put forward that the Government will stick with the anti-popular measures, continuing to load new burdens onto the people for the sake of the "sacred profits" of the big entrepreneurs, the intensification of exploitation, the opening of new fields for "investment". Koutsoumbas asserted that the ND walks on the red carpet that SYRIZA rolled out for them. He blamed the SYRIZA government of paving the way for the ND government to unfold its reactionary policy. SYRIZA had defamed left values and ideals, undermined any expression of radicalism, legalized the memoranda, the EU and whitewashed NATO and the US imperialism, and eventually canceled the people‘s positive reflexes out and allowed the ND to emerge with the banner of iron fist on the implementation of the strategy that the capital needs.
Dimitris Koutsoumbas announced that the communists, with a great sense of responsibility, are at the forefront of claiming rights, of confronting the employers, the government and their trade-unionists. He added that this is the opposition that the working class needs, an opposition that is judged on a daily basis and changes the correlation of forces in conflict with the capital and its governments.
Tweet