TKP on the re-elections of June 23 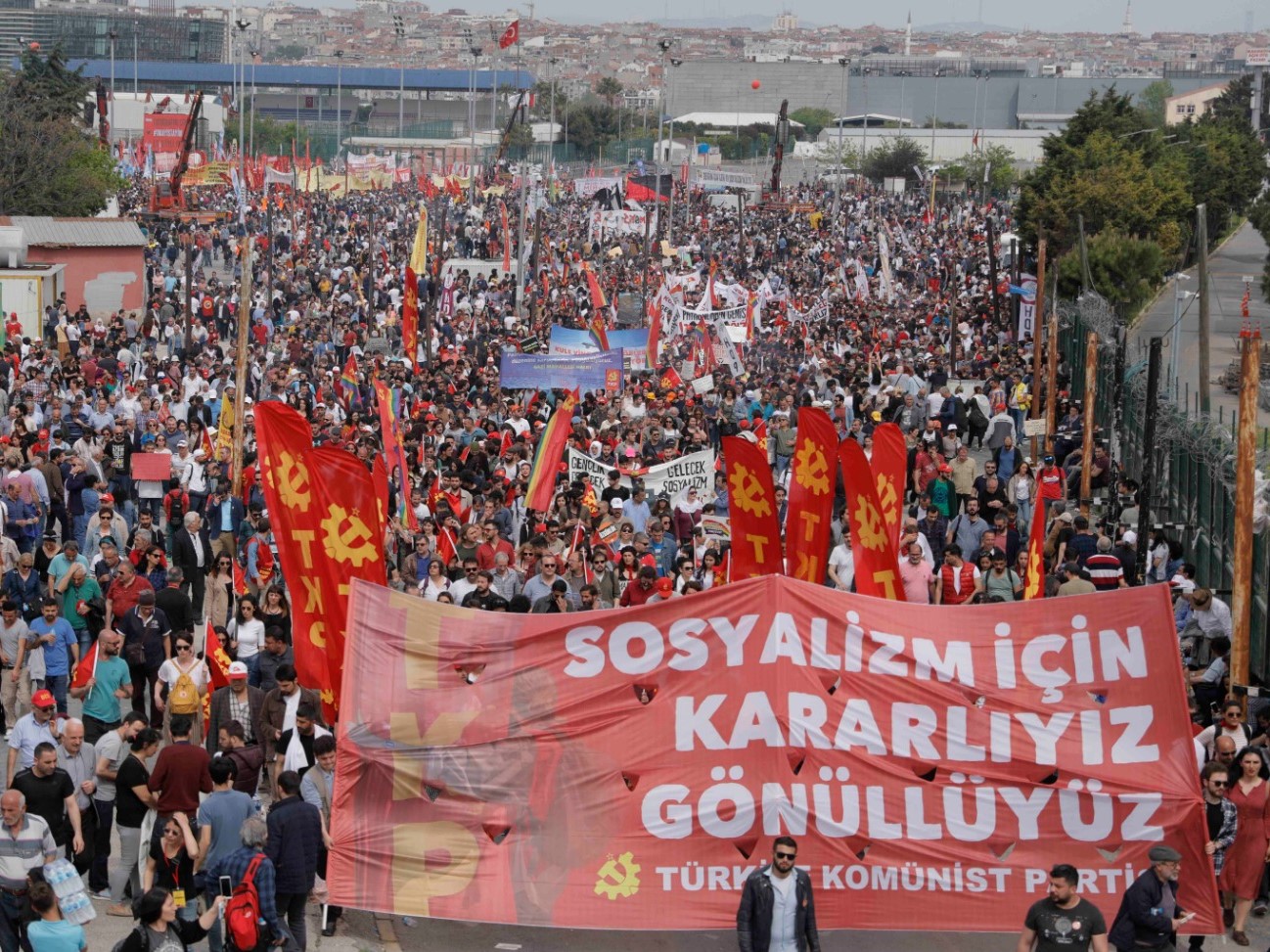 The members of the TKP will not go to the polls in the illegitimate re-election.
ICP, 19 June 2019
İstanbul Metropolitan Municipality elections were unlawfully annuled and are going to be repeated on June 23. The Communist Party of Turkey (TKP) issued a statement and clarified its position. As early as the announcement of the annulment decision, the Party had declared that Ekrem İmamoğlu had been elected as the Mayor of İstanbul Metropolitan Municipality, and that the TKP candidate for the March 31 elections, Zehra Güner Karaoğlu, would not be nominated again for any repeated elections.
The Party asserts that the natural aspect of this attitude is to boycott the unlawful elections of June 23 and to reject any kind of participation in the polls. However, as the candidate who had won the elections and the political alliance that supports him adopted a different attitude and decided to participate in the elections, an influential boycott became actually impossible. The Party criticizes the justification "We can win again in any case" since it covers up the real problem, which is the apparent usurpation of universal suffrage.
The statement notes that both the AKP and the opposition systematically attempted not to turn June 23 into a referendum through which the ruling party could be completely questioned. Worse still, overt and covert attempts gained momentum in order to seek for normalization with the architects of the unlawfulness.
"As the Turkish society has been compelled to take the side of one of the two candidates, on the one hand, anti-secularism and fierce pro-market policies, which have been implemented by the ruling party for years, were imposed as the most distinct points of the agreement between the two candidates, on the other."
The TKP's position is justified as follows:

"When the Communist Party of Turkey said, "Ekrem İmamoğlu is the Mayor of İstanbul Metropolitan Municipality”, it was not defending him and the politics he represented but an improved understanding of justice. This understanding was the basic reason that led us to ignore İmamoğlu’s and his alliance’s decision to participate in the repeated elections and to make a call for an influential boycott.

However, both our understanding of justice and our political responsibility oblige us to maintain our attitude towards the annulment decision of the elections against the reactionary and pro-market agreement that have been imposed on our people during the repeated electoral process.

The members of TKP will not go to the polls to show that we are not doomed to this agreement, with which many people are discontent yet stay silent for now, to be prepared for the dangerous developments that will emerge after the elections, and not to be part of the attempts to legitimate the reactionary policies.

This is not a call for boycott, but a political attitude. Our Party is acting by knowing that the working people of Turkey will further need this attitude as of June 24."