TKP: 'The hope lies in the party which is both the oldest and the youngest.' 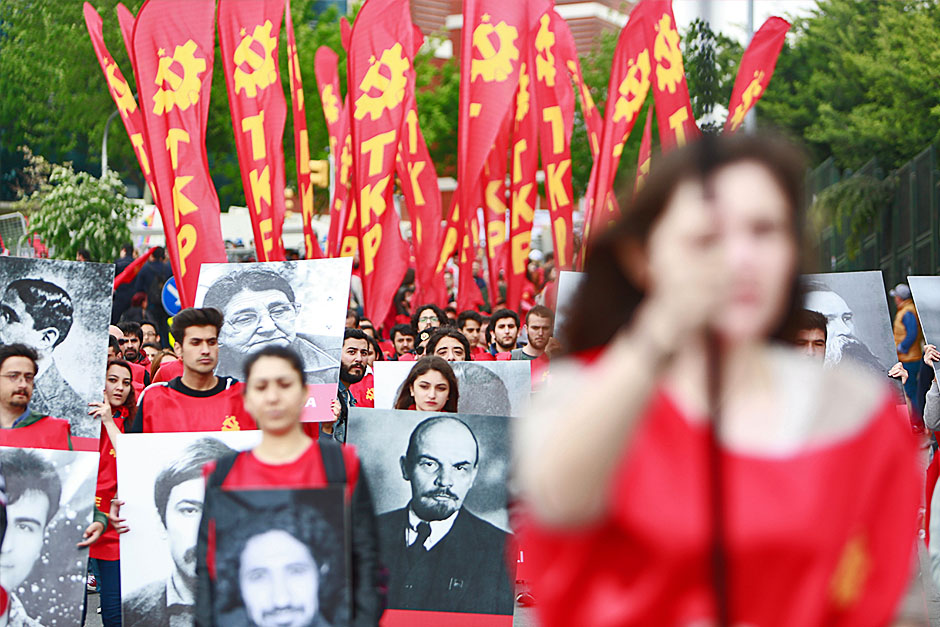 The Communist Party of Turkey issued a message celebrating the 98th foundation anniversary of the Party as it convenes the Conference titled 'To the Working People!'

The CC of the Communist Party of Turkey issued a message celebrating the 98th foundation anniversary of the Party on 10 September. The message titled ,'The hope lies in the party which is both the oldest and the youngest' illustrated the conditions in which the Party was founded during the days of Anatolia's occupation by imperialist powers and the resistance of the people including the revolutionary endeavor of communists.

Inspired by the 1917 Great October Socialist Revolution in Russia, 'communists who arrived from a country under occupation, the first Turkish Bolsheviks who were freed by communists and got organized after being captured by Tsarist forces and Turkish intellectuals who were trained in the school of scientific socialism in Europe participated in the congress held in Baku. The TKP was founded in the Baku Congress on September 10, 1920'.

The message underlined that today, the TKP is the oldest party in Turkey while it was 'the youngest, the newest party when it was established.' According to the message, the challenge of communists to 'the rotten, the ancient order of the world' is still the case. Reminding last year's message celebrating the  97th anniversary, the CC of the TKP said the following:

“Communist Party of Turkey will raise the banner against the order of exploiters who prosper by leeching off people who sweat blood as well as the political parties and institutions that protect such order.

Communist Party of Turkey will intensify the struggle against zealots who condemned our beloved country to darkness, ignorance, bigotry, hostility against arts and sciences.

Communist Party of Turkey will intensify the struggle against policies based on ethnicity and sectarianism, against racism, militarism, sexist discourse that insults women, barbarism that destroys natural and historical assets.

Communist Party of Turkey will intensify the struggle against imperialism, the plans and projects of imperialist countries, and the so-called emancipation recipes which are ratified by imperialist forces.

Socialism is possible and necessary as it is the only social order which can guarantee all these.

The TKP has rolled up its sleeves for what is possible.”

In commemorating its historical foundation, the CC of the TKP underlined the Party's immediate task to establish socialism, saying 'Even though some claim that it is “impossible”, socialism is the only possible future in Turkey and the world. The rest is nothing but darkness. The rest is nothing but lies.' The 10 September anniversary message of TKP was issued days before the convention of the 2018 Conference on 15-16 September with the title 'To the Working People!'