'For a stronger and more influential PCP' 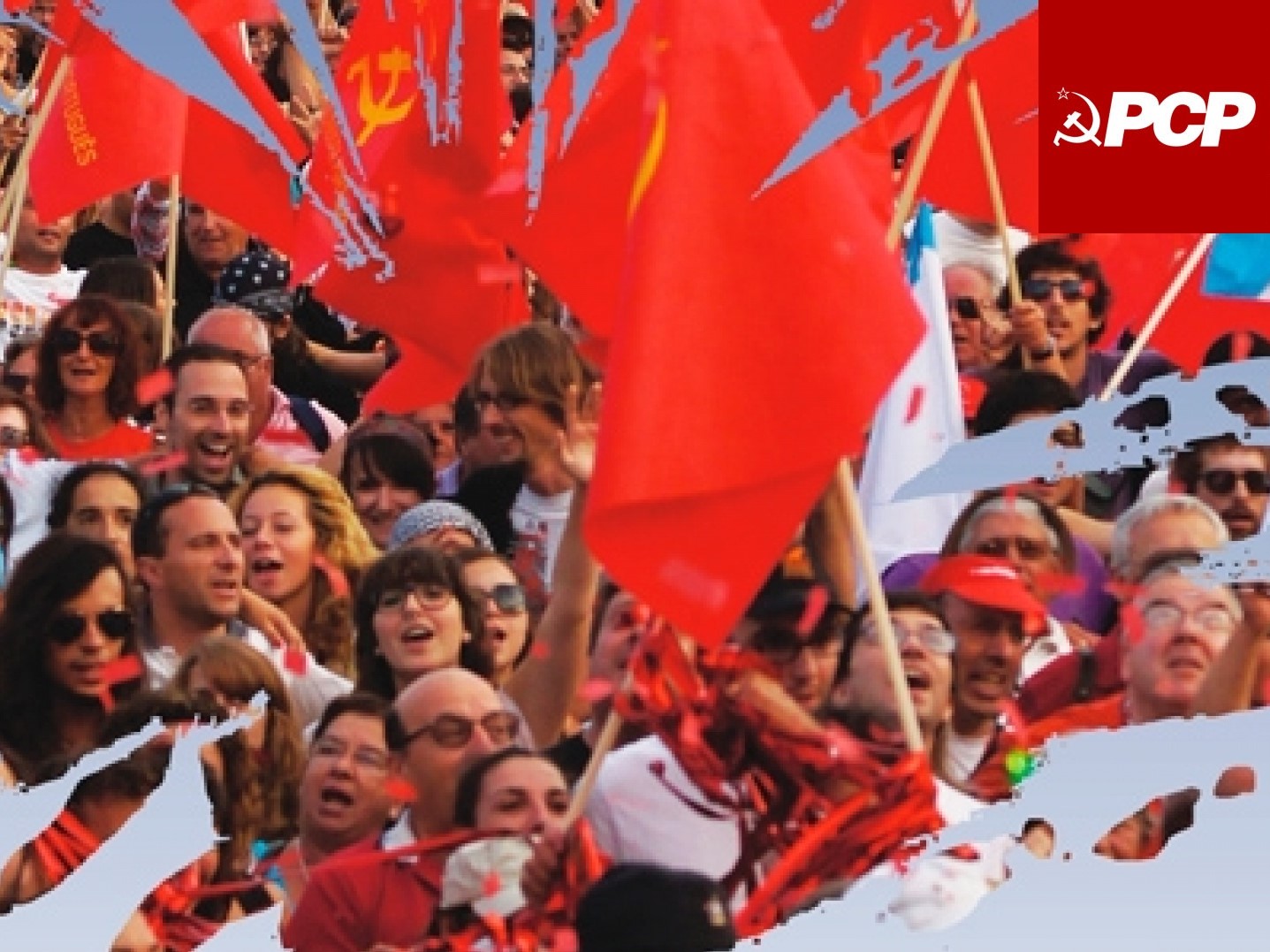 The Central Committee of the Portuguese Communist Party (PCP) issued a communiqué analyzing recent political developments and a resolution for a stronger and more influential party organization.

After its meeting held on January 20-21, the Central Committee of the Portuguese Communist Party (PCP) issued a communiqué analyzing the present situation and pointing out the major lines of intervention. The CC of the PCP calls for strengthening the Party, for "a more active PCP in the struggle with the workers and the people for a patriotic and left-wing policy, for an advanced democracy with the values ​​of April in the future of Portugal, for socialism and communism".

Stating that the evolution of the present situation proves the PCP's affirmations, it is underlined in the communiqué that the development of the country lies in a policy which will confront the interests of big capital, reject the submission to the European Union and aim the recovery of sovereignty and national independence. The PCP CC points out the urgence of breaking with the "right-wing policy of submission to big capital and the European Union" and proposes instead a "patriotic and left-wing policy that serves the interests of Portugal, the workers and the people". It is asserted that the last two years were marked by the restitution of liquidated rights and the achievement of new advances and conquests with the struggle of the Portuguese workers and people and with the initiative and contribution of the PCP. However, it is assumed that the Socialist Party's (PS) class position and its divergence with the PCP make it impossible to go further. The PCP CC highlights that intensifying the struggle of the Portuguese workers and people and giving greater strength and broadening the PCP's influence is the only way for going further in the defense of the rights of the people and for achieving an alternative patriotic and left-wing policy. "Determined by its commitment towards the interests of workers and people", it is declared that the PCP has not wasted and will not waste "any opportunity to contribute in all circumstances towards the elevation of living conditions and towards the defense, restitution and conquest of rights".

The resolution of the CC of the PCP is entitled as "On strengthening the Party. For a stronger and more influential PCP". The resolution deals with organizational issues and puts forward guidelines, priorities and measures for strengthening the Party. Leadership work, assigning and training of the cadres, distribution of the new member cards, recruitment and integration of new militants, organization and intervention in companies and workplaces, local organizations, works concerning special social groups and sectors, propaganda and diffusion of the Party press, assemblies of party organizations and the Party's financial independence are among the issues treated in the resolution. Given the "systematic attack, slander, discrimination, silencing" targeting the PCP, it is emphasized that the Party assumes its communist identity and that the work for reinforcing the Party must be conceived in conjunction with a strong connection to the masses and an intense political activity.

For the full text of the communiqué see the link.

For the full text of the Resolution see the link.