Resolution on the Baltic Sea by Five Communist Parties 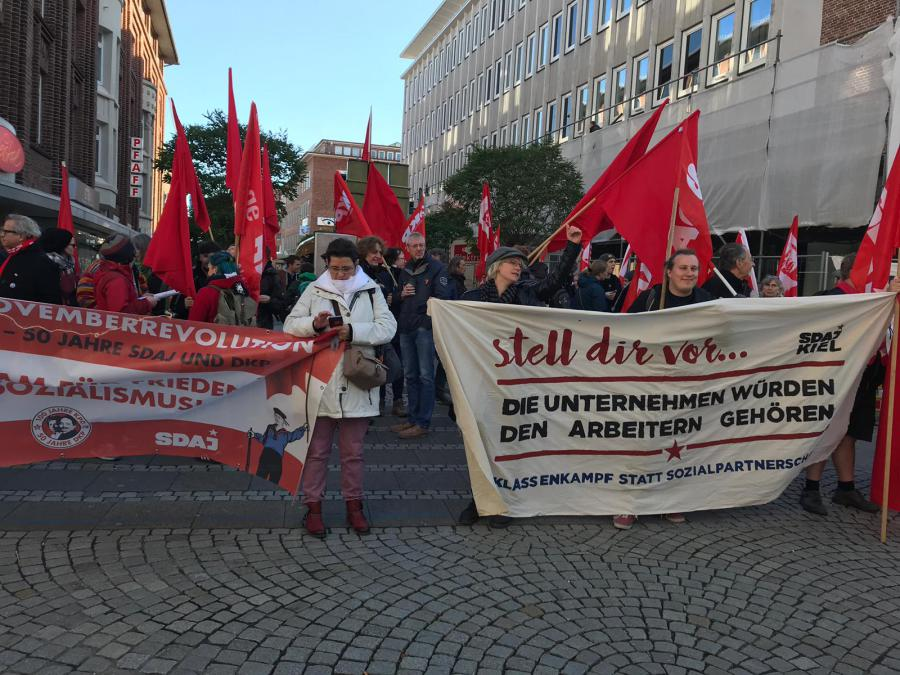 At the invitation of the German Communist Party (DKP), representatives of Communist Parties from the Baltic Sea region came together in Kiel last weekend and took part in activities in memory of the November Revolution. The activities included the conference "Baltic Sea - Sea of Peace" by DKP and SDAJ, at which a resolution was passed.

In the resolution, the participants condemn the "Trident Juncture" NATO manoeuvres which took place in the North Sea a few days ago, as well as the "Northern Coast 2018", soon to take place in the Baltic Sea. It reiterates Solidarity with the struggle of the Communist Parties of Sweden and Finland against their countries’ increased engagement with NATO, and emphasizes that the Baltic Sea must not be the scene of military aggression and exercises.

The resolution declares that the Russian Federation, which had a tremendous role in repulsing fascism between 1941 to 1945 as a part of the USSR, is increasingly being represented as “the enemy”, in parallel with NATO’s expansion towards Eastern Europe, and is being forcibly pushed into a new arms race.

The resolution further expresses concern that the EU is increasing its military capabilities since the agreement on PESCO in 2017, and that NATO and EU aggression go hand in hand with the systematic pressure against and the elimination of communist resistance in countries neighbouring the Russian Federation.

The conference called for the seizing of the aggression against the Russian Federation, as well as all NATO maneuvers in the Baltic Sea, and the restoration of the political rights of communists in Poland, Ukraine and the Baltic States.

See the link for the resolution in German and English.