PdA on the Austrian EU Presidency 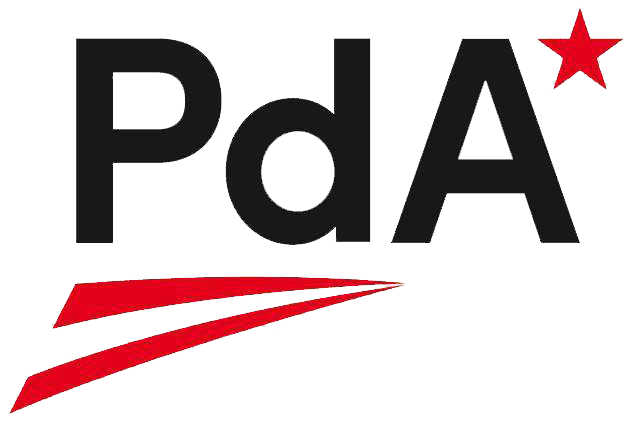 The Party of Labour of Austria (PdA) commented on the Austrian EU Presidency.

Austria has taken its turn in the rotating Presidency of the Council of the European Union. On July 1, the Pary of Labour of Austria issued a statement concerning Austria's third six-monthly EU Council Presidency after 1998 and 2006.
The right-wing conservative government of ÖVP/FPÖ (Austrian People’s Party / Freedom Party) has chosen the motto “A Europe that protects”, in which the PdA sees "a disgusting cynicism that is an expression of inhuman attitudes, but also political distraction". While the EU's external borders must be "protected" from refugees according to the government's expectations, refugees fleeing war, terror, murder and persecution are not found worth for the same protection, nor the interests and needs of working people and the socially weak, democratic standards, personal rights, civil rights and human rights. The new government is claimed to "represent unashamedly the desired programme of Federation of Austrian Industry, the banks and the agricultural groups with renewed intensity," resulting in an "intensified exploitation" for the working class but "optimised profit maximisation" for capital.
In foreign policy, the ÖVP/FPÖ coalition has consciously sided with the Hungarian and Polish governments and xenophobic elements within the Italian and German governments. On the other hand, the statement asserts that "Austria's limited independent imperialism" is seeking to bring its backyard, namely Western Balkans, under maximum control and to expand it with the help of the EU. And this constitutes the core of the "Vienna-Berlin-Rome axis" that Chancellor Sebastian Kurz propagates with all its historical and neo-colonial implications.
The PdA defines the EU as an imperialist alliance which "stands for outward aggression and inward repression" and puts forward that the "social reactionary, anti-human" policy of the Austrian government is by no means opposed to but largely compatible with the EU. At the end of the statement, the importance of responding to EU meetings of the Council Presidency with large rallies and protest measures is underlined. Accordingly, the PdA considers as a current task to organise resistance together with its national and international allies:

- resistance to the anti-social, repressive and xenophobic policies of the Austrian government in the service of capital and its own PR machinery;

- resistance to the attempts of the SPÖ and ÖGB leadership to direct the social discontent in the direction of their hypocritical permanent election campaign in line with “class-harmony” social partner capitalism;

- resistance to the expansion of imperialist exploitation of eastern and south-eastern Europe by Austrian big business;

- resistance to the further institutionalisation of loss of democracy and sovereignty to the benefit of Franco-German EU dominance and Western European monopoly capital;

The statement ends with the following paragraph:

"Strengthened by the participation in the struggles of the working class and their education and organisation, the ultimate goal of the Party of Labour of Austria is not only to consign the current Austrian government and EU diktat to political history, but to overcome imperialism and capitalism together with all its political, economic and media instruments of rule, institutions and alliances. This will open the way to a future free of exploitation, oppression and war, the way to a Europe and a world of international friendship and solidarity, the revolutionary path to socialism and a classless society."